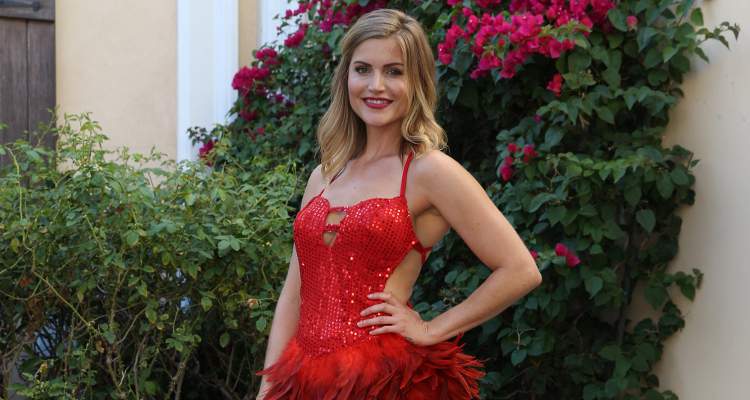 Drama on The Bachelor continues, and all the remaining ladies are fighting hard to earn Arie Luyendyk Jr.’s attention and his roses. However, for the first time this season, one of the contestants, Chelsea Roy, opened up about her troubled past and spoke about her ex. Arie was, of course, curious to learn more about Michael Wilson and Chelsea Roy’s relationship. If you are also intrigued by Chelsea Roy’s ex, then keep reading.

Finally, Arie thought it was the right time to uncover some truth about single mother Chelsea Roy’s past. So after they all landed in Florida, Arie took Chelsea for a one-on-one date on a yacht.

Because of Krystal’s drama, nobody had really paid attention to Chelsea’s past, until now.

Arie said, “I have to really see if there could be a connection to move things forward. I don’t want to waste her time.”

So, without wasting any more time, Arie questions Chelsea over her past relationship. Chelsea explains that when she was 20 years old, she met quite an older man, who sort of molded her the way he wanted her to be.

Seven years later, Chelsea gave birth to their son, Sammy. But six months after Sammy’s birth, Chelsea’s boyfriend left her for another woman.

Chelsea says, “I was left with, literally, my belongings in trash bags.”

Talking about her present, Chelsea says, “I probably have the least that I’ve ever had, but I feel like I have everything.”

Better start now… we have the whole world to explore ?

Moved by her story and honesty, Arie ends up giving Chelsea a rose.

Viewers and Arie are certainly happy to know about Chelsea’s past. But now they are curious about Chelsea on The Bachelor’s baby daddy.

Given below are some facts about him.

Who Is Chelsea Roy’s Ex-Boyfriend?

The 29-year-old’s baby daddy is Michael Wilson. Reportedly, Wilson cheated on his baby mama with former Miss Maine USA Rani Williamson. When Wilson cheated on Chelsea, Williamson was married to a man named Gabe Michelson, with whom she has a daughter.

Needless to say, Chelsea was upset and furious when she found about Wilson’s secret relationship. Naturally, the couple broke up.

When Chelsea’s son was around one year old, Williamson and Wilson went public with their relationship. Now the pair is married and has a baby boy together.

Sources further claim that Chelsea and her son’s father are a part of a custody war. And he is not really happy with Chelsea being on the show.

On September 25, 2017, Michael Wilson filed a custody dispute in the State of Maine District Court.

The statement read, “Defendant [Roy] quit her job and moved to California on September 16, 2017 to be a part of the ABC show The Bachelor.”

It continued, “The show is filming currently and Defendant could be gone anywhere between two and ten weeks or more. The parties son, Samuel M. Wilson, is now exclusively residing with plaintiff, who is fully supporting him. Plaintiff should be relieved of his obligation to pay child support to the defendant, who is in California and not supporting the child at all.”