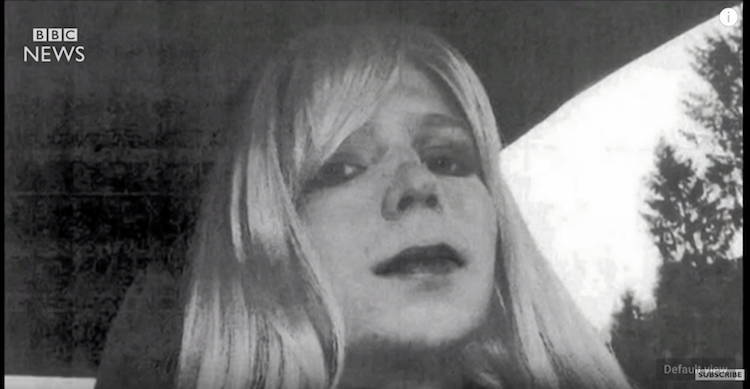 Who is Chelsea Manning?

Chelsea Manning is a U.S. soldier, who leaked a series of documents known as the Iraq and Afghan War logs, diplomatic cables, and Guantanamo Bay files to WikiLeaks.

Manning was convicted in July 2013 and was sentenced to 35 years in prison. But after serving seven years in a military prison, Manning will be released on May 17. Before Barack Obama’s Presidential term ended, he shortened Manning’s sentence last January, believing she had served her time and accepted responsibility for her actions. However, new President Donald Trump disagrees. He took to Twitter to express that she is a traitor and should not be released.

Chelsea Elizabeth Manning, whose birth name is Bradley Edward Manning, was born on December 17, 1987. She grew up in Oklahoma City and went to school in Wales.

Her father, Brian Manning, served in the United States Navy for five years as an intelligence analyst. Manning had a troubled childhood with a dysfunctional family. Her mother, Susan Fox, was a habitual drunk when she was still pregnant with Manning. According to a Navy psychiatrist, Manning’s facial features showed signs of fetal alcohol syndrome.

Manning was mostly taken care of by her older sister, Casey Manning. During Chelsea Manning’s trial, her sister told the court that Manning was fed only milk and baby food until the age of two.

She grew up to be a computer wiz and excelled in playing saxophone and science. Manning was quite opinionated and articulate with a unique personality. In 2003, she set up an online message board called angeldyne.com with her friend James Kirkpatrick, offering games and music downloads.

The now 29-year-old Chelsea Manning always identified as a woman. She was fearful to come out, however, because she did not want to lose her family or her status in the military. When she was deployed to Iraq, she decided to live the life she wanted.

Chelsea Manning belonged to the 2nd BCT, 10th Mountain Division, but had a tough time during her military days. By all accounts, she was unhappy and isolated.

Release of Material to WikiLeaks

In 2009, Chelsea Manning was assigned to an Army unit in Iraq as an intelligence analyst. Thus, she had access to classified databases, some of which she divulged to WikiLeaks. According to CBC, she was accused of divulging as much as 700,000 files of military intelligence to WikiLeaks. Much of the material was published between April and November 2010.

She was arrested in May 2010 and charged with 22 offenses. Manning was sentenced to 35 years in military prison. But on January 17, 2017, former President Barack Obama commuted Manning’s sentence to seven years of confinement, resulting in her release on May 17, 2017.