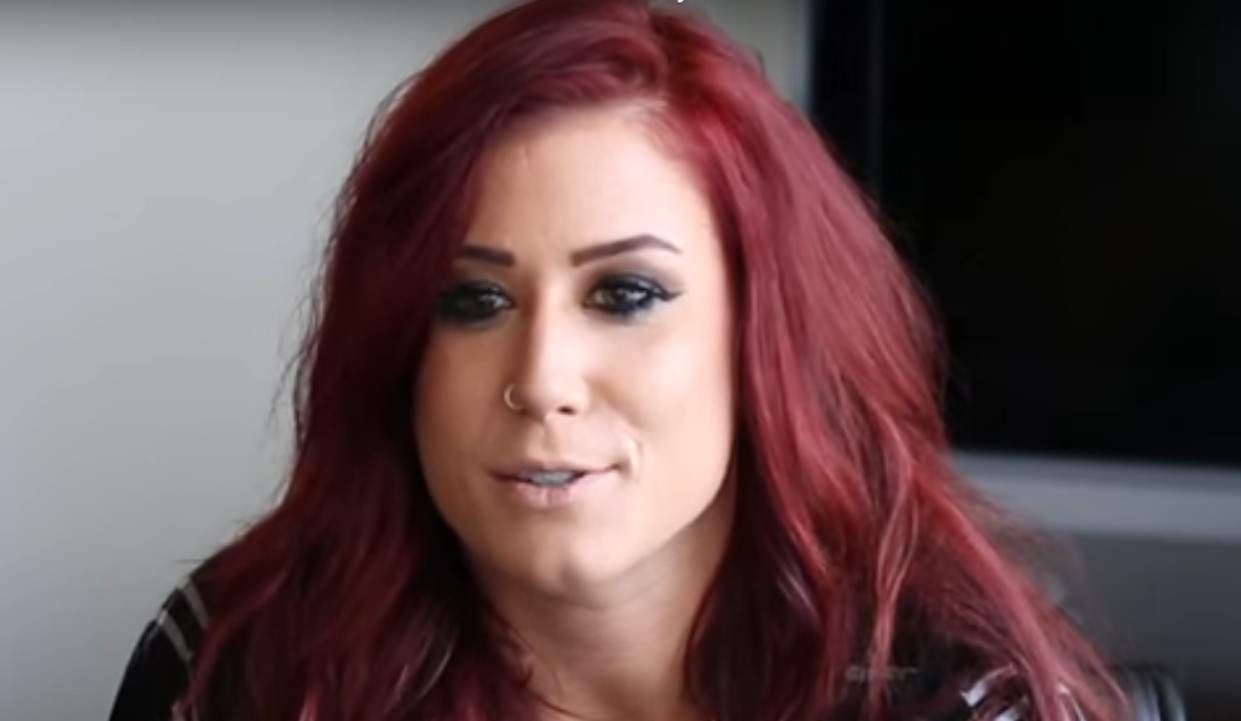 Chelsea Houska became a mother while still in her teens and went through a traumatic period raising her daughter while dealing with her irresponsible boyfriend. She later broke up with him and studied to become a beautician. Today, she is married to a wonderful man named Cole DeBoer and just announced they are expecting her third child. When is Chelsea Houska due? Is it a boy or a girl? We’ve got all the details you need.

Teen Mom 2 star Chelsea Houska has some good news—and she wants to share it with the whole world!

Chelsea Houska is pregnant with her third child and can’t contain her excitement about it! She announced this happy news through an Instagram post on the evening of Thursday, March 15, 2018.

Equally happy is Cole DeBoer, Chelsea Houska’s husband. He also confirmed this news by sharing a sonogram of his soon-to-be-born baby on social media.

And what is the sex? According to reports, the couple is expecting a baby girl! She will be welcomed into the family by her two siblings, as well.

Cole DeBoer and Chelsea Houska’s wedding took place after the couple had been dating since 2014.

Keep reading to learn more about her with details from Chelsea Houska’s wiki.

Dropping Out of School

Born on August 29, 1991, in Vermillion, South Dakota, Chelsea Houska’s age is 26. She attended high school in Vermillion, where she was a popular softball player. She later dropped out when she became pregnant by her then-boyfriend, Adam Lind.

Houska had a difficult first pregnancy. She went into labor five weeks early on the first day of her senior year!

A Baby Changes Everything

Luckily, Houska received plenty of support from her family, especially from her father, Randy Houska.

The baby was born on September 7, 2009, and was named Aubree Skye Lind. Houska plunged into motherhood and went through much pain to nourish and care for the baby.

The baby’s father, Adam Lind, was uninterested in his new daughter. He took an interest in cars instead, which drove a wedge between him and Houska.

Lind considering Houska to be “annoying” and “nagging,” until one day, Houska was fed up. She decided to leave Lind and raise their daughter on her own.

After her daughter’s birth, Houska did her schooling online and obtained her degree. She earned her GED, enrolled in beauty school, and got a part-time job at a salon.

After that, Houska went to cosmetology school with the goal of becoming a beautician.

In 2014, Houska started dating DeBoer, and things began to get better for her.

After marriage, Houska found the stability that she had been looking for all her life. She settled down to be a caring wife and mother.

Whether going for a trip to Disneyland or celebrating Christmas in matching pajamas, they have fun as a family.

Her appearance on shows like 16 and Pregnant and Teen Mom 2 have made Houska both famous and very popular.

Also Read:  Why Did Javi and Briana Break Up? This “Teen Mom 2” Couple Called it Quits!

When Is Chelsea Houska Due?

Houska has not given the exact date that she might give birth to her third child. However, she has mentioned on her Instagram account that “a sweet baby girl will be joining the DeBoer clan in a few short months!”

….GUESS WHAT! A sweet baby girl will be joining the DeBoer clan in a few short months! We could not be more excited! ?

Family Is a Joy Forever

Those of you who want to check out Chelsea Houska’s pics and those of her adorable family should head over to her Instagram account. It is full of posts of Houska with her children and DeBoer.

There are also some inspirational messages on Houska’s account, in addition to pictures of her with her friends.

Teen mom Houska may have made mistakes in the past, but now she is determined to make the right decisions. Nothing is more important to her than her loving husband and adorable kids.

Now that another baby girl is on the way, Chelsea Houska will have no problem being a fantastic mom—she’s definitely learned a thing or two about doing it!