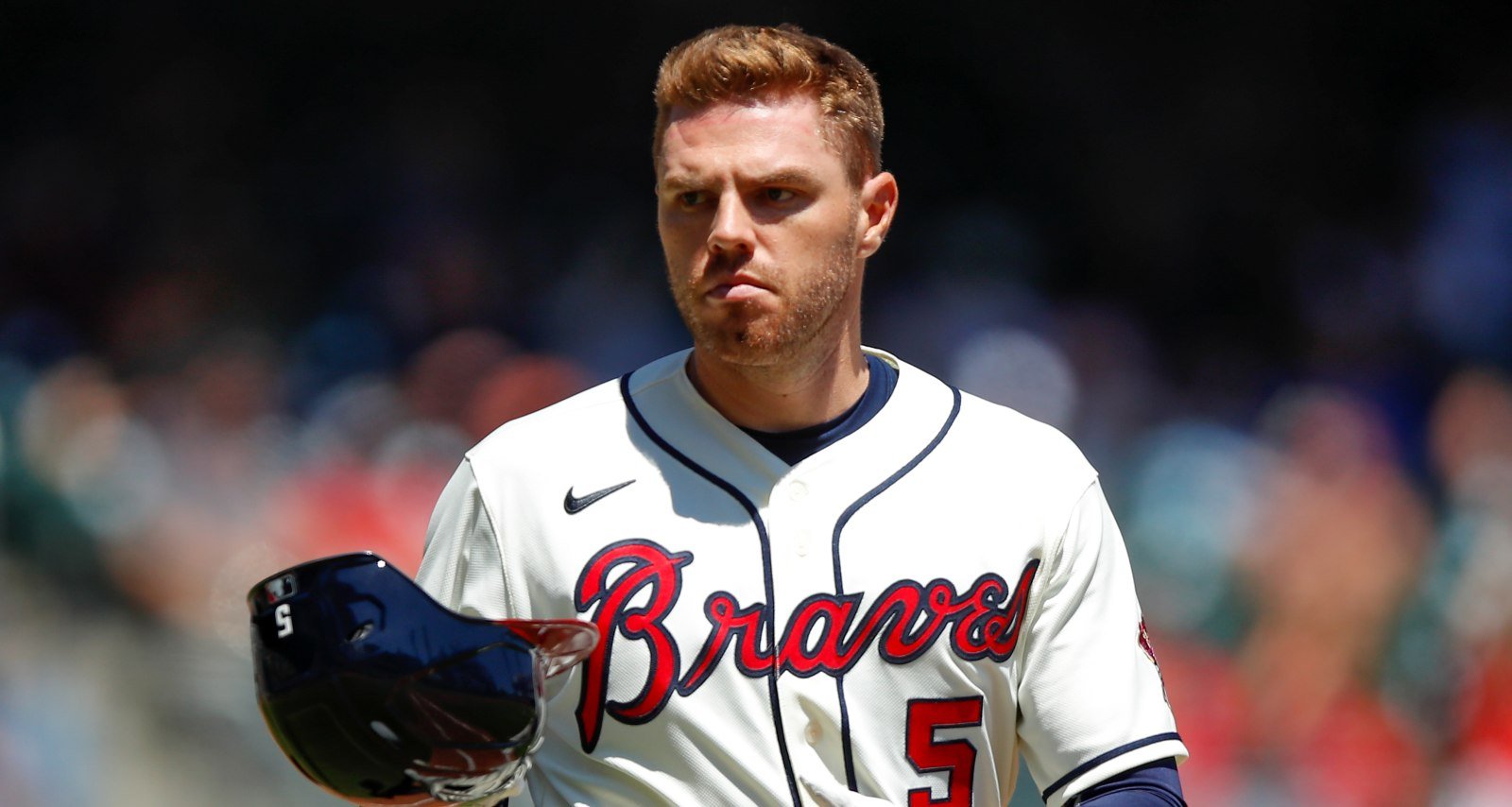 Atlanta Braves first baseman Freddie Freeman lost his mother when he was young, and didn’t celebrate Mother’s Day until Chelsea Freeman came into his life. Freeman dedicated his home run on Sunday’s game against the Philadelphia Phillies to his wife, Chelsea Freeman (nee Goff). Braves fans have seen the stunning WAG at Braves games and sort of see her as a fashion inspiration with her customized Braves clothing. Freddie Freeman’s wife is certainly deserving of the attention in this Chelsea Freeman wiki.

Chelsea Goff was born on April 24, 1991. The Florida native is one of three children born to Warren Goff and Tana Goff. Chelsea revealed on Instagram that her parents are English.

Chelsea; her brother, Josiah; and her sister, Tori, grew up in Pompano Beach. Her mother Tana is in the home loan business. Her father Warren runs a digital marketing services business in Fort Lauderdale.

Chelsea Freeman, who graduated from the University of Central Florida in 2013, previously worked in the realty business. She was a licensed realtor with Keller Williams in Atlanta, Georgia.

Freeman currently runs the Chelsea Freeman Collection, a baseball-themed clothing line she began this year. The art enthusiast founded the company after Braves fans were left in awe of her customized game outfits and style.

Being raised by English parents, Chelsea didn’t know much about baseball before meeting Freddie. She is now a regular feature at Braves games.

After getting engaged in January 2014, Chelsea and Freddie married on November 22, 2014. The wedding planning process and dress picking featured in Say Yes to the Dress: Atlanta.

Their younger children were born recently. The Braves baseman dubbed his younger boys “Twins, with a Twist,” because they were born six weeks apart.

The couple hoped to have a large family of kids, but doctors weren’t sure if Chelsea could have more children after Charlie. So they opted to have a surrogate carry their child.

In a surprising development, Chelsea became pregnant around the same time as the surrogate. The older boy, Brandon John Freeman, was born on December 30, 2020. The surrogate gave birth to their youngest son, Maximus Turner Freeman, on February 14, 2021.