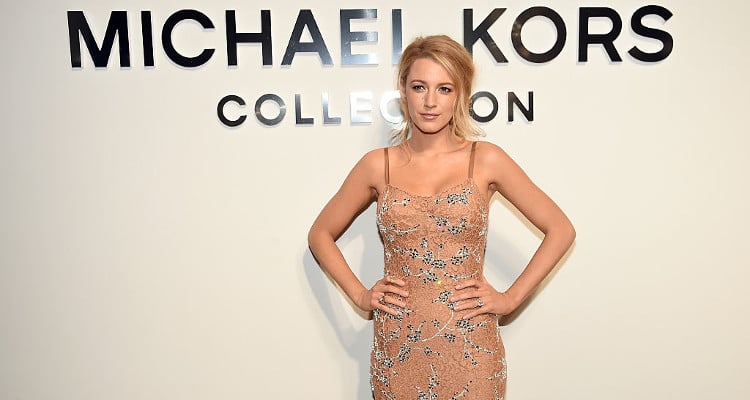 If there ever was a perfect designer and muse combination, it has to be Michael Kors and Blake Lively. The actress is known for her bold yet elegant fashion, and we have Michael Kors to thank for that!

Blake Lively and Michael Kors go way back. The actress has been a staple at Michael Kors’ shows since her Gossip Girl days and was also present during his show at New York Fashion Week 2017. And now, Lively has declared her love for her designer friend in her latest Instagram post, where she’s rocking one of her many trendy looks. Check out Blake Lively’s latest Instagram love declaration for Michael Kors right here.

On Thursday (February 16) evening, Blake Lively posted a picture of her newest outfit on Instagram. The ensemble was one of her many elegant looks that push the envelope the right way. If you think she looks familiar, a less evil Cruella DeVil, the tyrannical fur coat-wearing villainess of Disney’s 101 Dalmatians, might come to mind.

The 29-year-old admitted the resemblance herself as she captioned the post with, “Thank you @michaelkors for another epic day. Love always, Cruella.” Lively was front and center at Michael Kors’ show at New York Fashion Week together with Anna Wintour, the editor-in-chief of Vogue. It was a groundbreaking show for the designer, who had cast Ashley Graham as the first plus-size model to walk on his runway. 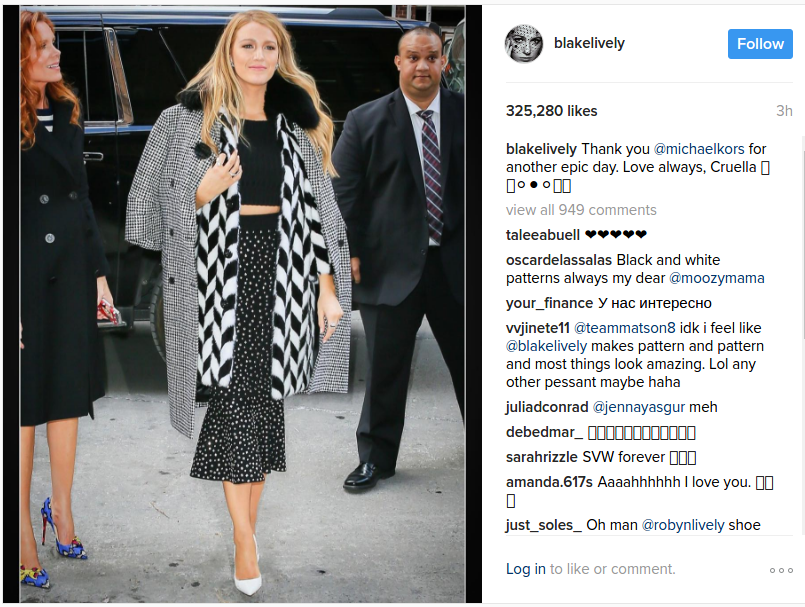 The Age of Adaline star was dressed in a pink-infused floral number from Michael Kors’ collection. Before she hit up his NYFW show, she was hosting the L’Oreal “Gal-entine’s” bash with her sister, Robyn Lively, and other gal pals. At the party, Lively told Women’s Wear Daily, she owes “Michael everything in the fashion world.”

While Lively was still a teen actress on Gossip Girl, Kors brought her to a Vogue event and introduced her to Anna Wintour, who placed Lively on the cover of Vogue three times. Since then, her friendship with Kors has only grown stronger. “So anytime [Kors] has a show and I’m in town, I’m there,” and she certainly holds true to her promise.