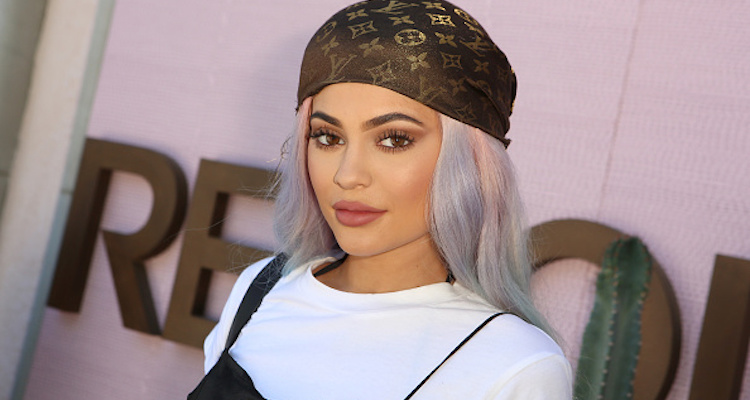 Just when you think she’s done it all, she finds a way to flaunt something new! We’re talking about Kylie Jenner’s Puma ad, where the young entrepreneur was spinning on silks in her new running shoes.

If you want the Kylie Jenner sportswear look or the Kylie Jenner workout, then some silks and a pair of Puma running shoes is the way to go. The Keeping up with the Kardashians star is part of the sports brand’s new Forever Fierce campaign, adding to the already existing collection of Kylie Jenner hot pics that show off the socialite’s style and fashion choices.

Kylie signed with Puma last year and it was a choice that was not initially supported by her brother-in-law, Kanye West! Kylie got her first taste for the catwalk by advertising Kanye’s Adidas collection, but “momager” Kris landed a better deal for her daughter, who decided to sign with Puma instead. Kim believed that her sister should’ve supported the family by siding with Kanye, but they have made up over the matter since then. Kylie was seen at one of Kanye’s shows during New York Fashion Week, supporting her brother-in-law.

Made for whatever moves you. The Fierce Strap Swan. @kyliejenner #ForeverFierce

Puma was more than happy to sign the young entrepreneur and style icon.

“I am pleased and excited to be able to confirm that PUMA is indeed working with Kylie Jenner,” Adam Petrick, Global Director of Brand and Marketing for Puma told Entertainment Tonight in a statement.

“Kylie represents a fresh and exciting new era for fashion and we couldn’t think of a more fitting and influential female to headline this campaign for PUMA,” he continued.

How do you make the most romantic day in the world special for the girl who has everything? The answer: spend the day with her! Kylie and boyfriend Tyga spent time together in New York for the launch of her second pop up store. The pair took to Instagram to show fans of themselves on the viewing deck of the Empire State building. 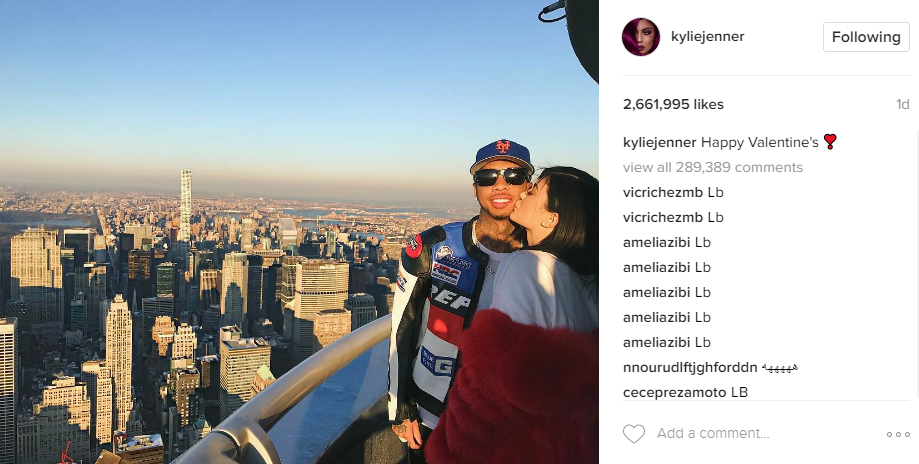