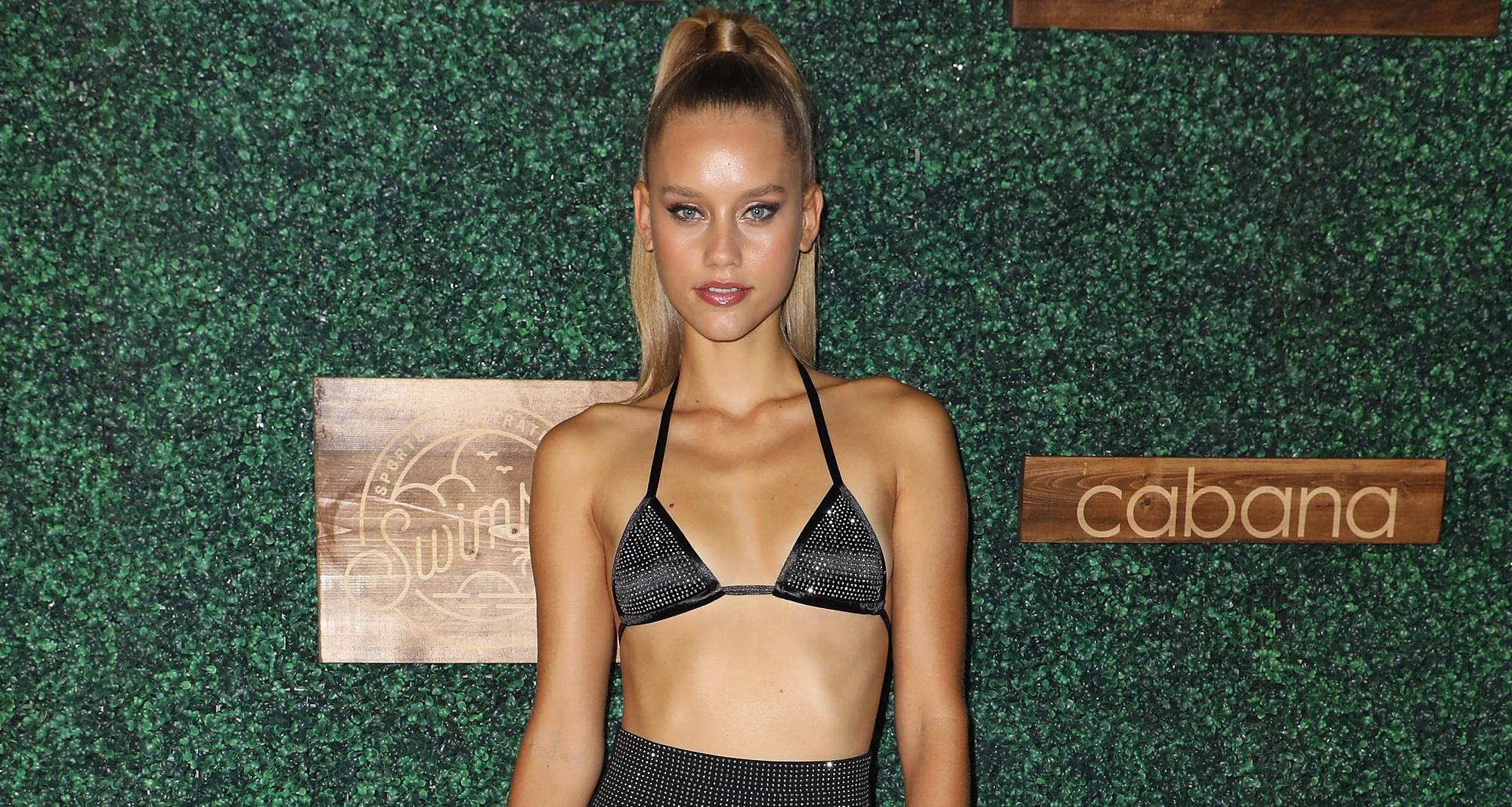 Model Chase Carter was recently spotted soaking up the sun in the Bahamas with New York Yankees baseball outfielder, Giancarlo Stanton. The couple has recently been spotted together on multiple occasions but the rumored relationship isn’t confirmed yet. If you want to know more about Giancarlo Stanton’s rumored girlfriend, then have a look at our Chase Carter’s wiki.

Who Is Chase Carter?

Carter’s nickname and the Instagram handle is “Lil Baby Cheezus.” She stands tall at 5’10”. (Those long legs are hard to miss!)

During her high school years, Carter played tennis, soccer, and softball. She even threw the javelin for her school’s track and field team.

Carter is a huge fan of sports. In her free time, she still likes to throw the javelin and plays various sports. She’s also a decent paddle tennis player.

When she’s not playing sports or modeling, Carter also loves to write.

Carter was first seen as a potential model at an airport while she was visiting her family in Australia. She started modeling at the age of 13. Her first photo shoot was with NYLON.

She is signed with IMG Models and has modeled for a Maybelline New York ad. Throughout her modeling career, Carter has been featured in Polo Ralph Lauren’s Fall/Winter 2016 lookbook and she even posed for a V magazine editorial shoot.

In 2017, she was named the first Sports Illustrated Swimsuit Rookie of 2018. She also did a few photoshoots for the Victoria’s Secret PINK line. 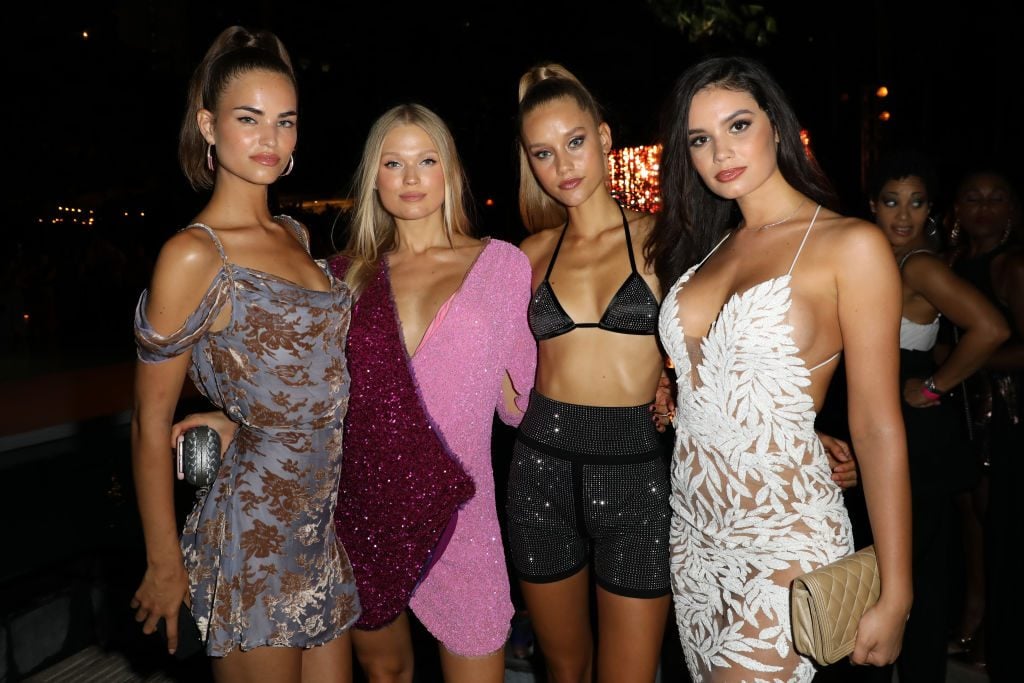 Chase Carter has her own blog called Cheese’s Take. She mostly writes about football and basketball and is a huge LeBron James fan. But it looks like writing has taken a back seat this year since she’s been so busy! She hasn’t posted anything since November 2017.

She also started vlogging on YouTube for a brief period. Her channel, MickCheese, has around 73k subscribers. Meanwhile, Chase Carter’s Instagram account has almost 409k followers.

Carter and Stanton met each other at the CC Sabathia and Friends Celebrity Softball Game at the end of June. She was also seen at Yankee Stadium the weekend after the celebrity game, sporting a navy New York yankees cap! 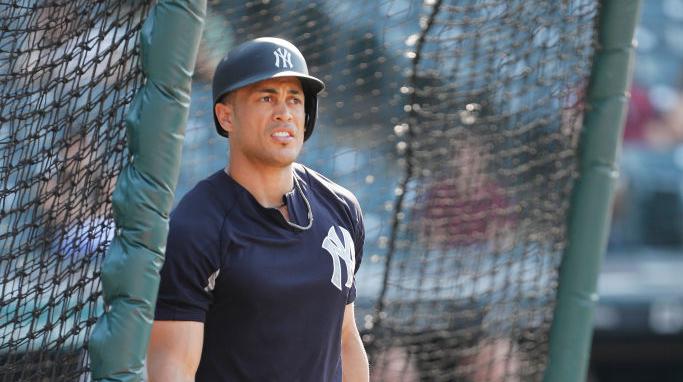 Giancarlo Stanton of the New York Yankees takes batting practice before the start of the game (Photo: David Maxwell/Stringer)

The couple was then seen vacationing in the Bahamas together. But as of now, nobody has said anything about their budding friendship or relationship.

The 21-year-old was born to Mark and Denise Carter. Her parents have been married for almost 23 years now. 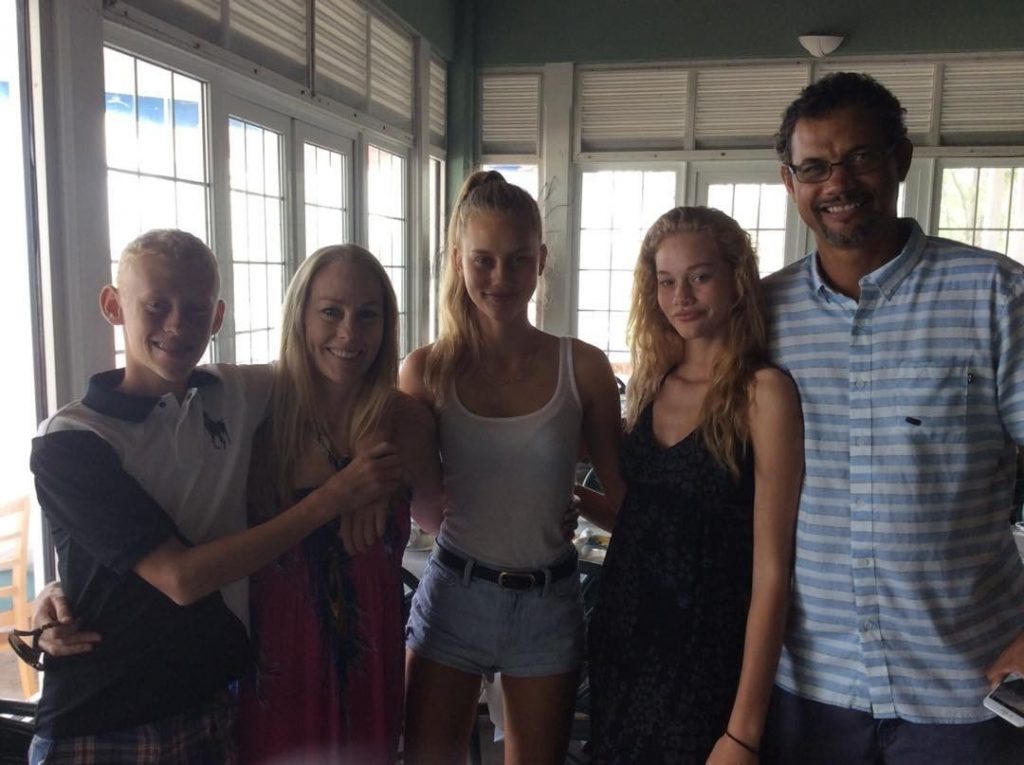 Carter has a a younger sister named Tess Carter. Not only does she look just like her older sister, she seems to be following in her footsteps as a model, too! She posts a lot of pics posing in bikinis on beaches on her Instagram account (@t.s.c.c).