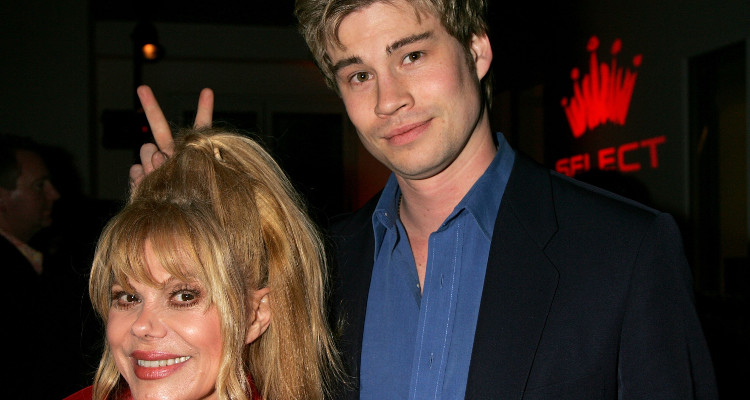 Last night, Dancing with the Stars went Vegas, and who better to suit Vegas than Charo and her over-the-top personality! Though she gave it her all during week 24’s Vegas themed night, sadly, the actress bid adieu to the ballroom. Charo & Keo went home in the second DWTS elimination of the season. We’ve got the scoop!

Charo brought her untameable energy to the ballroom, and she’s taking her Cuchi Cuchi energy home with her. Now that she’s been voted off the ballroom, we won’t be seeing her on Dancing with the Stars until the finale. Another thing we’ll miss about having Charo on the show is her cheerleading squad in the audience. Since we won’t be seeing Charo’s family on DWTS, we’ll cover them here. We have everything there is to know about Charo’s family members.

Born in Murcia, Spain, Charo’s parents named her María del Rosario Mercedes Pilar Martínez Molina Baeza (Phew!). Like a lot of details about Charo’s early life, stories about her family are complicated and not entirely verified.

Some sources claim that her father was a lawyer, who escaped to Casablanca during the dictatorship of Francisco Franco. Charo’s mother, a homemaker, stayed behind with Charo and her sister, Carmen. She enrolled Charo in a convent where she got her musical beginnings. No more information about her parents is available, except that they let her falsify her date of birth so she could marry Xavier Cugat.

Charo’s sister, is also reportedly in the entertainment business. When Charo moved to the Bronx with her mother and sister, Carmen reportedly made Charo’s costumes. Some accounts claim Carmen later became a famous TV personality in Puerto Rico.

#2. Charo’s First (and Much Older) Husband

Charo has been married twice. The flamenco guitarist was discovered by the famous bandleader, Xavier Cugat. They would later marry in 1966, when Cugat was 66 years old and had already been married at least four times. Different media outlets claimed varying ages of Charo, who was between 16 and 20 years old when she married him.

Their nuptials were held at Caesar’s Palace in Las Vegas (that’s why her Vegas wedding routine on DWTS was so perfect). They hoped to marry in San Cugat, Spain, but Cugat couldn’t convince authorities that his two divorces should not be counted against him, seeing as he wasn’t married in a church.

They later divorced the same year she became a naturalized citizen, with Charo revealing their marriage was a business contract meant to bring her to the U.S. where he lived. She became a fixture in Cugat’s orchestra when it performed in Las Vegas and New York. The orchestra appeared in various shows where Charo’s mangled English and natural, uninhibited, comedic personality made her popular, and she got her own spot on TV.

Also Read: Emma Slater Wiki: Everything You Need to Know about Rashad Jennings’ Partner on “DWTS” 2017

Charo married TV producer and Swedish businessman, Kjell Rasten in 1978. Unlike her previous wedding, her second one wasn’t a Vegas one. They tied the knot in South Lake Tahoe, California in a civil ceremony attended by 30 guests. Rasten became his wife’s manager and husband of more than four decades and counting.

He has produced shows like International Championship of Magic (1985) and Robert Young with the Young (1973). He also appeared on Celebrity Wife Swap with the Spanish dynamo. She swapped homes with Jill Whelan, The Love Boat actress. The couple lived in Hawaii for a few years where Charo starred in the variety show, Tropical Heat at the Hilton Hawaiian Village Resort in Waikiki.

The apple doesn’t fall far from the tree with Charo’s son, Shel, who she had with Kjell Rasten. You could hear him shout “good job” above the crowd’s voice when Charo was eliminated from Dancing with the Stars last night. Like his mother, the 35-year-old is also a musician, but he didn’t go down the flamboyant flamenco route. He’s more of a rocker.

Shel Rasten is a singer, actor, and a drummer. He played for the heavy metal band, Treazen. Though he’s not as famous as his exuberant mom, he has appeared on a few shows including Parks and Recreation, Anger Management, CSI: Miami, Workaholics, and Baskets. He released an EP, Happy Tuesday, in 2015 which is available on iTunes.

On Oprah: Where are They Now?, he shared that he has a very close relationship with his mother —which anyone could clearly see! He was her biggest supporter during her DWTS stint and really, what more can a mother ask? His Instagram page also shows that he’s a super-outdoorsy kind of guy.