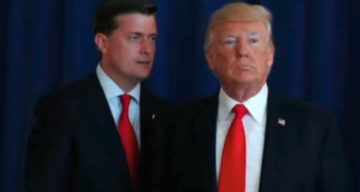 Domestic violence under the Trump administration is reminiscent of the 1985 story about Charlotte Fedders, who was abused by her high-profile husband, John Fedders. Now, former President Ronald Reagan and President Trump are being compared to the Rob Porter situation. Find out where Charlotte Fedders is today!

Charlotte Fedders is among those women who chose to stand up against domestic violence. She was married to John Fedders, who was a lawyer under the Reagan administration. She suffered physical abuse for more than a decade, but her struggle wasn’t all in vain.

Find out more about this strong woman with details from Charlotte Fedders’ wiki.

John and Charlotte Fedders tied the knot in the late 1960s. Although John Fedders was a public figure, what went on behind the scenes of his private life was not known to many.

According to Charlotte Fedders, her husband abused her physically. She had to endure broken eardrums, bruises, a wrenched neck, and she was even beaten in the stomach area while she was carrying her first baby.

Back then, Fedders had decided to send a letter to Ronald Reagan regarding the very issue but later changed her mind. It was her sister who forwarded the message to the White House. But the matter didn’t go public until The Wall Street Journal published an in-your-face story about domestic abuse in the White House.

A Bitter Divorce With a Sour Ending

John Fedders resigned from his position after people demanded that he step down from his role as a lawyer. He was shamed publicly as a result of the allegations made against him.

On the flip side, Charlotte Fedders battled her own problems. But she had many activist groups to support her.

When the Fedders’ divorce news hit the press, the details of the proceedings began pouring out. And after a divorce hearing in Rockville, John Fedders was sure that he was going to patch things up with his wife.

Fedders said, “I have hope for a reconciliation. It will take hard work on my part. Something good will come out of this for Charlotte, our sons and me.”

But things did not go as Fedders planned. The couple went through a four to five year separation period and had a very long settlement battle before they were granted a divorce.

Charlotte Fedders’ book, Shattered Dreams, explains what she went through during her marriage. It also includes details about the physical abuse she endured.

And since Fedders began making good money through sales of her book, her former husband butted in for a share. The court granted John Fedders a share of the book’s royalties.

A total of 25% of the profits from Shattered Dreams were granted to John Fedders. He also received 50% interest in the family home, which amounted to $400,000.

Furthermore, the alimony amount was decreased to $500, and he was ordered to pay $750 in child support. Charlotte Fedders was just not happy with the verdict and appealed it later on.

At the time of the divorce, Luke Fedders was not considered a minor. So, the 18-year-old decided not to see his father after that.

“We have so changed the house that there is nothing of him left,” Charlotte Fedders said. “I mean to tell you that my house was never the way it is now. Never ever. Not for one moment.”

Where Is Charlotte Fedders Today?

To support her children and pay for all their needs, Charlotte Fedders used to work as a nurse in Collingswood in the early 1990s.

Today, Fedders lives in northern Virginia. And, she still receives her monthly alimony.

The 74-year-old protected her profits from her book and used that money to put her sons through college. Although John Fedders was entitled to 25% of the share, he was unsuccessful in getting it.

“I don’t have a whole lot of money or too many of the things I used to have, but my life is great now,” Charlotte Fedders explained.

These days, now with 10 grandchildren, Charlotte Fedders lives a happy life. She has put her rough past behind her.

John Fedders, on the other hand, has chosen to stay under the radar.