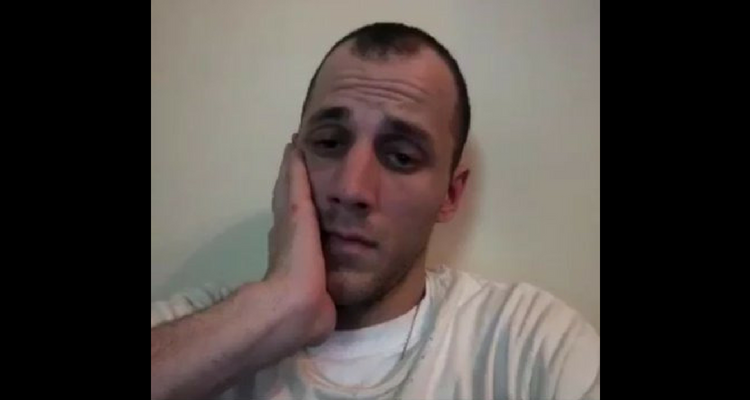 Charlie Zelenoff claims to be the greatest boxer of all time, but hardly anyone agrees with him. That doesn’t faze him the least, and he happily goes around challenging amateurs in gyms to fight him by offering them money. He claims to have an unbeaten record of 240-0 and has stated that his ambition in 2018 is to win all the different boxing titles and unite them as the sole boxing champion of the world. Most people think Zelenoff is delusional, but he marches to his own beat!

His name is Charlie Zelenoff, and everybody calls him the world’s biggest boxing bully. And he really is!

His signature trick is to invite somebody for a sparring round which his opponent thinks will be an easy thing. Then as soon as they touch gloves, Zelenoff goes into overdrive and starts throwing punches at his opponent who is caught entirely off guard.

Often the opponent gets a heavy blow to his head and falls with Zelenoff claiming another victory by knockout. All this is recorded on camera by his friend.

Sometimes Zelenoff asks them if they have had enough, and when they say, “Yes,” he turns to the camera and claims another victory.

Here are a few details from Charlie Zelenoff’s wiki.

Many people wonder if Zelenoff is delusional or has mental problems. He even has his own YouTube reality show called Charlie Zelenoff TV where he posts a series of boxing clips and brags about being the greatest boxer on planet Earth.

He Is a Russian-American

Born on July 27, 1988, Charlie Zelenoff’s age is 30 years. He is a Russian-American born and raised in Los Angeles, California. Most people call him Charlie, but he is also known by his nickname, “Z-Money.”

Even though Zelenoff has claimed to be the world’s boxing champion, his official track record hardly supports his claim.

On BoxRec.com, his boxing record is listed 0-1 because he was disqualified in his very first bout in the welterweight division against Andrew Hartley.

Zelenoff goes around carrying a title belt and claims to be the “UBF World Champion,” even though he has only knocked out some amateur boxers with what he calls his “4,500 PSI” power shots.

He has even gone up against Floyd Mayweather Sr. But the old pro taught him some good boxing lessons inside the ring that Zelenoff won’t forget in a hurry.

Charlie Zelenoff Got His Ass Kicked by a 16-Year-Old

There was a case when Zelenoff bit off more than he could chew when he challenged a 16-year-old to a boxing bout with him. The little-known teenager went on to hammer Zelenoff both inside and outside the ring until he started bleeding profusely from his nose and mouth.

Many were happy he lost the fight and said that Zelenoff totally deserved what he got.

The Boxing Community Has Mostly Ignored Him

However, that still didn’t change Zelenoff’s attitude towards boxing and his opponents. He continued to claim that he was the best boxer in the world.

The boxing community does not know what to do with him and his antics and has mostly ignored him. They think he has delusions of grandeur.

Some viewers have slammed him and categorized him as “a muppet clown serving the Illuminati.” That undoubtedly must have hurt Zelenoff because, if anything, the boxer wants himself to be taken seriously by everybody.

Some people have taken Zelenoff seriously enough to make a documentary called Troll Champion: The Charlie Zelenoff Story, UBF Champion, 147-0. It goes deep into the boxer’s life with footage of him proclaiming to be the best boxer in the world with an unbeaten record of 147 wins with no losses.

The documentary also has footage of him beating up amateurs and non-boxers, whom he pays to fight him. Zelenoff goes to various gyms in the Los Angeles area and offers money to people to have a match with him.

Most opponents give up after being at the receiving end of a flurry of punches from Zelenoff.

He Has a Modest Net Worth

Since Zelenoff claims to be the UBF Champion, people are curious to know what his net worth is.

According to sources, Charlie Zelenoff’s net worth is estimated to be between $100,000 and $1.0 million. No wonder he can pay people to fight him.

One person who supports Zelenoff in his quest to gain legitimacy in his boxing career is his wife, Daria Zelenoff. They have been married for a while, and according to sources, they dated for a couple of years before they married each other.

They haven’t given any details of their wedding as to when and where it took place. But they sure seem to be happy together, and they regularly celebrate Zelenoff’s “wins.”

No One Will Ever Call Him Humble

To get a glimpse of how seriously Zelenoff takes himself, you need to head over to his Instagram account.

Charlie Zelenoff’s Instagram account is full of clips where he is talking and bragging about his boxing prowess. He claims that he is a “GOAT,” which stands for the “Greatest of All Time,” and claims to have a record of 240-0.

He talks about how his power in the ring might kill somebody someday if he wasn’t careful with it.

What Is Charlie Zelenoff Doing Now?

While people may or may not believe his claims, they all agree on one point: Charlie Zelenoff is a real character. People may hate him and revile him, but the guy deserves some kudos for not giving up on his ambition—to become and stay the best boxer in the world.

Even if the world does not take Charlie Zelenoff seriously, he isn’t really bothered. He believes in himself so much that it makes up for everybody’s skepticism about him.