In 2015, Charlie Sheen went public with his HIV diagnosis which affected his wealth. Charlie Sheen’s net worth is estimated to be $150.0 million, which has not seen a significant raise in years. If you want to know more about how much Charlie Sheen is worth, then keep on reading.

Last year was rough for Two and a Half Men star Charlie Sheen. After revealing his HIV diagnosis to the world in 2015, as well as his publicized breakdown, Sheen’s acting was put on the back-burner. Though his professional life took a few hits, his health took a turn for the better, and 2016 mostly saw updates about the actor’s health. With the release of Mad Families, Charlie Sheen’s first on-screen appearance in two years, it looks like things are shaping up for the Anger Management star. How much is Charlie Sheen worth? We have the breakdown below.

Born Carlos Estévez on September 3, 1965 in New York City, Charlie Sheen is the youngest son of actor Martin Sheen and artist Janet Templeton. The entire Sheen family went into acting. He has two older brothers, Emilio and Ramon Estévez, and one younger sister Renée Estévez, all of whom are actors.

From a very young age Charlie Sheen was interested in acting. In high school, Sheen, his brother Emilio, and their friends Rob Lowe and Sean Penn would make amateur movies using a Super 8 system. Just a few weeks before graduation, Sheen was expelled resulting from poor grades and attendance. He decided to adopt his father’s stage surname Sheen and get into acting himself. 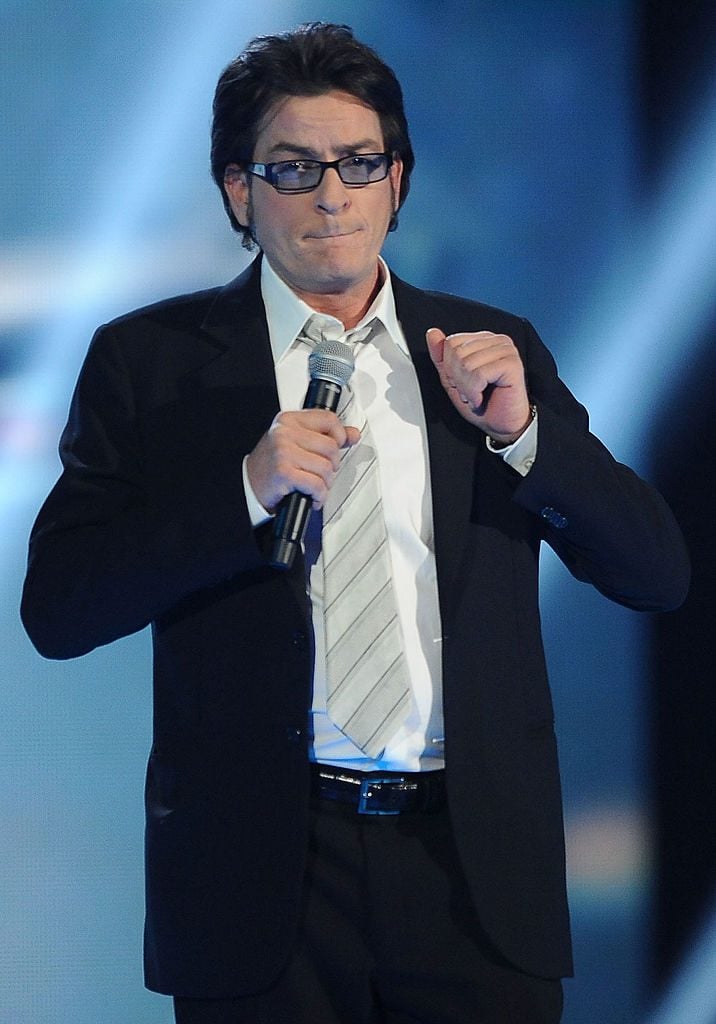 Aside from Charlie Sheen’s film credits, the actor gained recognition and accolades for his role in the television series Two and a Half Men. He starred on the show until season eight, after he was removed from the show and banned from the Warner Bros. lot after making disparaging comments about the show and its creator, Chuck Lorre. Besides, Two and a Half Men, Charlie Sheen’s television credits include Spin City, Anger Management , #Cybriety, and The Goldbergs.

For his brilliant work in both film and television, Charlie Sheen won several awards. In 1989, he won the Bronze Wrangler Theatrical Motion Picture Award for Young Guns. In 2002, he won Best Actor for the series Spin City. He has also won two awards for Two and a Half Men. In 2012, Sheen was awarded WWE Slammy Award Top Social Media Ambassador.

How Much is Charlie Sheen’s Net Worth? 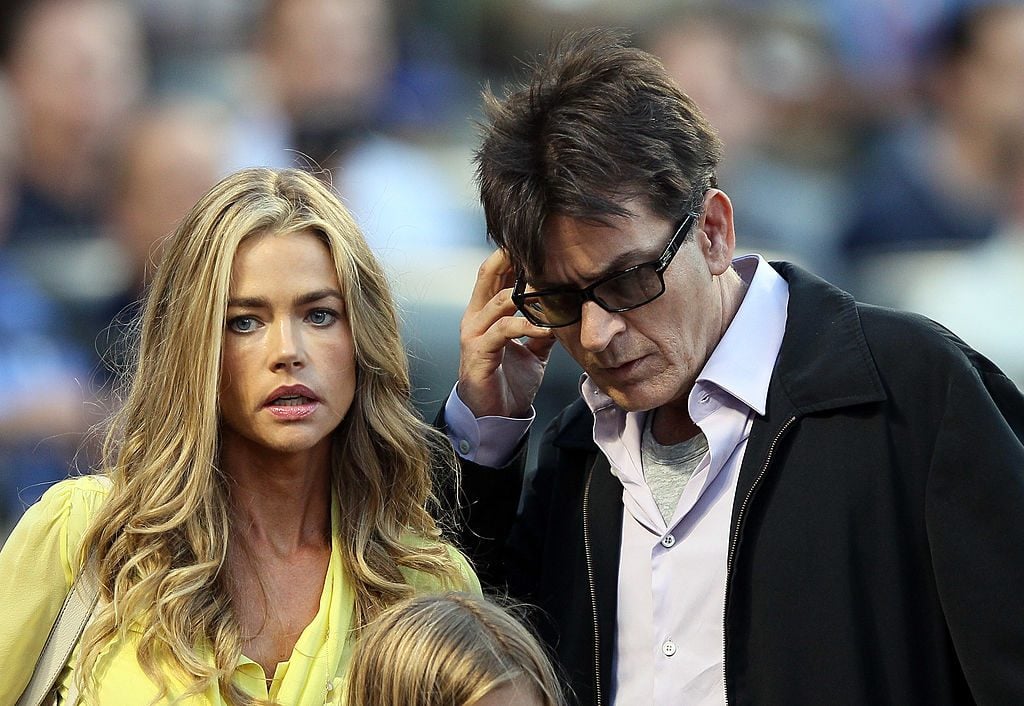 In the past year, Charlie Sheen’s net worth has not changed and stands strong at $150.0 million. Besides his acting career, Sheen also gets paid for endorsements and sponsorships. His endorsements are calculated to bring in $3.2 million and his total yearly income is estimated to be $14.7 million. Sheen once earned $1.25 million per episode of Two and a Half Men, making him around $48.0 million per year from the show alone.

After his contract at Two and a Half Men was terminated, Sheen landed the starring role in Anger Management. According to sources, this new role made around $5.0 million in 2012.

In 2011, Sheen went on a country-wide tour earning him more than $7.0 million in just one month. Although the show was heavily criticized by audiences, he made a good amount of money from it. The tour itself was not easy, “It was brutal. I was not ‘winning’ at all. I think what a lot of people don’t realize is I was completely broke, because, you know, when they kept my back-end and fired me and all that, I didn’t have any money left. So, I was using the tour to actually pay child support and mortgages and stuff like that. You know? So I’m grateful for that,” Sheen admitted.

How Many Times Was Charlie Sheen Married? 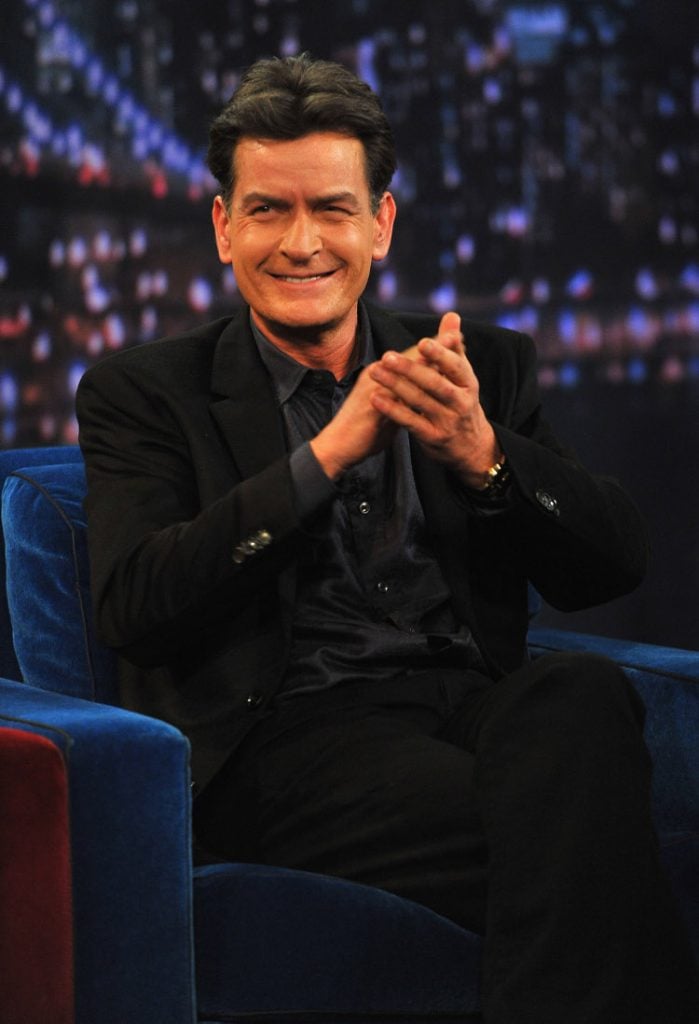 Charlie Sheen was married three times and has five kids and one grandchild. Sheen has also dated quite a lot of women. In January 1990, he accidentally shot his fiancée Kelly Preston in the arm. She ended the engagement soon after the incident. Afterwards, he was seen with many adult movie actresses like Heather Hunter, Ginger Lynn, and Domonique Simone.

Sheen decided to settle down and married his first wife, Donna Peele, on September 3, 1995. However, they divorced in 1996 after it was announced that Sheen was a client of an escort agency. He met his second wife, Denise Richards, in 2000 on the set of Good Advice. They started dating in 2001 and got married on June 15, 2002 at the estate of Gary David Goldberg. Three yeas later, Richards filed for divorce claiming that Sheen would drink excessively, used drugs, and threatened her with violence. Their divorce was finalized in November 2006. The couple have two daughters: Sam J. Sheen and Lola Rose Sheen.

In 2008, Charlie Sheen married his third wife Brooke Mueller. Together, they have twin sons Bob and Max. In November 2010, Sheen filed for divorce, which was finalized on May 2, 2011. Charlie Sheen has a daughter, Cassandra Jade Estévez, with his former high school girlfriend, Paula Profit. Charlie Sheen was engaged to Scottine Ross, a former adult film star, before mutually deciding to split. Sheen released a statement regarding the split, saying, “I’ve decided that my children deserve my focus more than a relationship does right now. I still have a tremendous fondness for Scotty and I wish her all the best.” 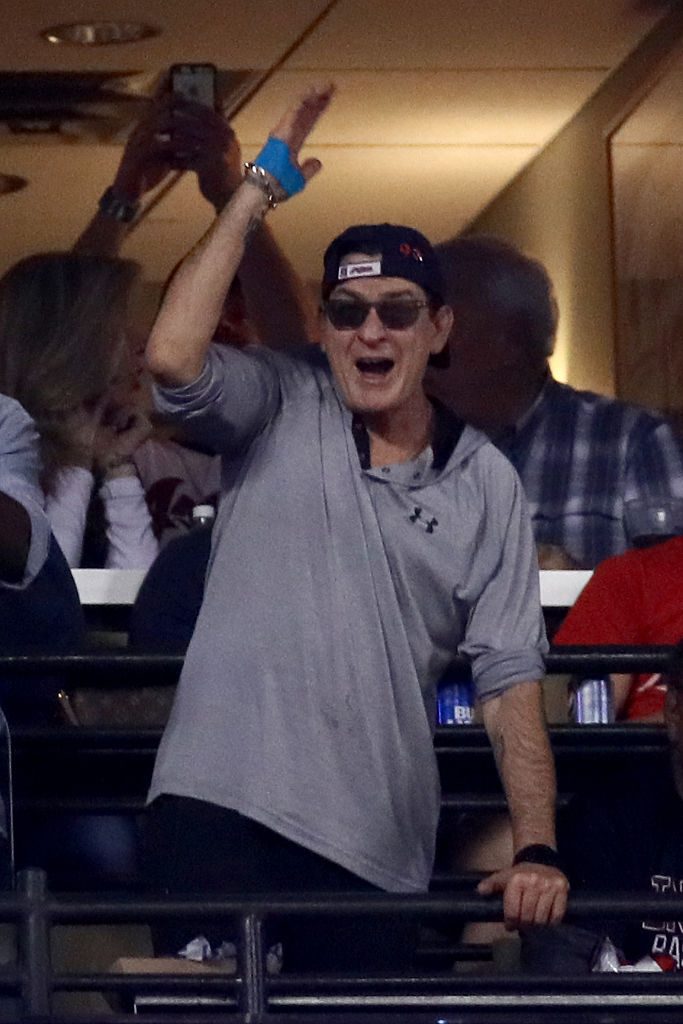 In November 2015, Charlie Sheen revealed that he was HIV positive. He further disclosed that he was diagnosed four years prior to his announcement and was taking medication. He spent approximately $10.0 million to keep extortionists from exposing his condition. Sheen’s doctor stated that though the actor is HIV positive, he does not have AIDS. This revelation did not go down well with Sheen’s former sexual partners, some of whom sued him for not disclosing his health issues.

Charlie Sheen maintained that he was honest with his reported 200 sexual partners, later admitting to ET that two partners were unaware of his HIV diagnosis, saying that protection was always used.