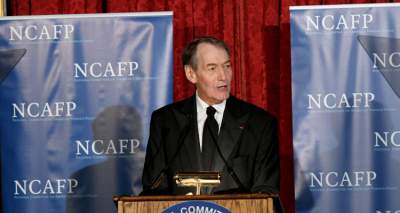 Another day, another shameful sexual harassment exposé! This time, popular television talk show host Charlie Rose has been accused of sexually harassing at least eight women. One of Charlie Rose’s accusers, Reah Bravo came forward to report details of sexual misconduct by Rose, which occurred when she worked as an intern for him in 2007. Read on for more details of the Reah Bravo and Charlie Rose case.

Charlie Rose is the next powerful personality to be accused of sexual misconduct, and the details are shocking! Eight women, including Reah Bravo, Kyle Godfrey-Ryan, and Megan Creydt who revealed their identities to The Washington Post, gave details of Rose’s deplorable actions when they worked for him between the late 1990s up until 2011.

One of Charlie Rose’s accusers, Reah Bravo was a young graduate student when she was hired by Rose to work as an intern at his Long Island home.

So, what happened between Charlie Rose and Reah Bravo? Find out all you need to know about her in our Reah Bravo wiki.

Who is Reah Bravo?

Here’s what we know about Reah Bravo. In 2007, she was a graduate student at the Columbia University studying international affairs when she was offered an internship at the Charlie Rose show. She was 29 at the time, which makes Reah Bravo’s age 39 years.

In 2008, Bravo was employed as an associate producer on the Charlie Rose show. She declined an offer as a producer for the show in Washington. Bravo later took on a job as a corporate speechwriter.

Bravo is married and now lives in Europe with her husband and young son.  You won’t find any of Reah Bravo’s pics or that of Reah Bravo’s husband on social media as she prefers to keep her life private.

Reah Bravo had always desired to intern on the Charlie Rose show, but the internship was unpaid, and she struggled with financial problems, and that’s when it all began.

She mentioned how Rose offered her a paid side work project at his Long Island residence.

In an email addressed to Bravo in August 2007, Rose said, “Here is the deal: I’ll pay you $2,500 for the week plus all expenses for food, movies, etc. You will be there from Monday, August 13-Friday afternoon, August 17.”

Rose went on to add, “Your primary responsibilities are to organize and catalogue all my books and tapes and files … In addition, I want you to be there for deliveries of furniture and appliances. I will be coming in and out all week. It will help me a lot, be fun for you, and you will have a car all the time for whatever you need to do.”

It may have taken Reah Bravo 10 years to make the accusations public, but the disgusting details of the incidents give a deeper insight into the way powerful men like Charlie Rose misused their position of influence over young and aspiring women.

She said, “It has taken 10 years and a fierce moment of cultural reckoning for me to understand these moments for what they were. He was a sexual predator, and I was his victim.”

She described an incident during a stay at his home. On a late-night walk suggested by Rose, he came behind her and embraced her against her will, and she “felt unable to do anything about it.”

On another occasion, Rose was taking a shower in the nude close to where she was working and later asked her about it.

The sexual advances only got worse after that as Bravo had to travel with Rose on his assignments. He groped her in the back seat of the car and pressed his fully-clothed body against hers while flying on a private plane.

Bravo has said that she refused the position of producer for the show because she wanted to get away from Rose and soon after, left the show.

Charlie Rose issued a statement apologizing for his actions, but many feel it’s too little too late! Television networks suspended his Charlie Rose show and CBS This Morning appearance, and things are not looking good for the longtime television journalist.