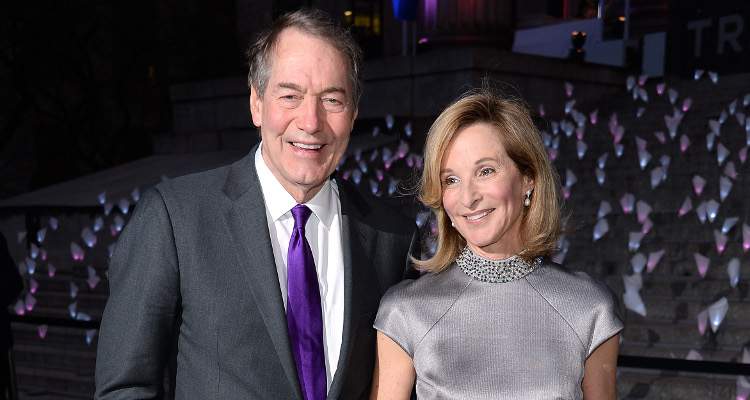 Veteran CBS broadcaster, Charlie Rose has been accused of sexual harassment. Most people may be wondering what Charlie Rose’s wife or girlfriend think about the issue or may be going through. The anchor has reportedly been in a longtime relationship with Amanda Burden.

Allegations of sexual harassment by eight woman have led to the suspension of the veteran journalist and anchor Charlie Rose, by CBS and PBS. While everyone is talking about the accusations, the attention has also shifted to Charlie Rose’s supposed girlfriend. The journalist has been reportedly dating Amanda Burden for a long time and she’s equally famous. Find out about her in Amanda Burden’s wiki right here.

Amanda Jay Mortimer Burden is often credited as a socialite from New York. But she has had an amazing career in urban planning and is far more than being just a socialite. Her mother, Barbara ‘Babe’ Paley, is a famous socialite and style icon who worked as a fashion editor for Vogue. While at Vogue, she met and married Stanley Grafton Mortimer Jr., an heir to an oil fortune.

With him, she had two children, Amanda and Stanley Mortimer III. They divorced in 1946 and she was known to neglect her children. Burden admitted she had a “virtually non-existent” relationship with her mother.

Barbara went on to forge another high-profile with William S. Paley, the man who transformed CBS into a mega-broadcasting giant. Her father went on to marry Kathleen Mortimer, the daughter of a railroad heir and US Ambassador. She has five half-siblings from her parents’ second marriage.

Amanda is the descendant of John Jay, the first Chief Justice of the US Supreme Court and her grandfather is the ‘Father of American Neurosurgery’ and Pulitzer-winning author, Dr. Harvey Cushing.

After graduating from Westover School in Connecticut, Amanda attended Wellesley College. She graduated from Sarah Lawrence College in 1976, focusing on Environmental Science. Later, she acquired her master’s degree in Urban Planning from the Columbia University with an award-winning thesis on solid-waste management.

She began her career in an architecture firm with renowned urbanologist, William H. Whyte as a mentor. She was Vice President for Planning and Design of the Battery Park City Authority from 1983 to 1990. There, she oversaw the execution of design guidelines in open spaces and parklands. Her mother was famous for her interior tastes, but she credits William Paley’s influence on her for her sense of design.

She became the most influential person in New York City’s government, aside from the former Mayor Michael Bloomberg, as the city’s Planning Director. She spearheaded Bloomberg’s economic development plans with urban design master plans to reclaim the waterfront.

She was criticized by real estate developers for arbitrary diktats about building norms but this avid bird-watcher saved and transformed various parks and open spaces in the city. She was instrumental in rebuilding downtown Manhattan after the 9/11 attacks.

She is currently working a principal at Bloomberg Associates that helps the city government to improve the quality of life. Her net worth is estimated at $45 million; however, the figure needs to be confirmed.

They’ve Been Together for Decades

Amanda Burden’s first marriage was to Shirley Carter Burden Jr., a multimillionaire who had filial relations with Douglas Fairbanks and Cornelius Vanderbilt. Burden worked in publications and as an NYC councilman. His time as an aide for Sen. Robert Kennedy sparked Amanda’s interest in social justice and the teaching profession.

She then began an off and on romance with CBS journalist, Charlie Rose in 1993. He was divorced from his wife, Mary King and was referred to as a longtime friend or companion of Burden in the media. In 2002, they revealed they have been dating for almost a decade.

73-year-old Burden says that Rose is very close to her children and he’s even godfather to two of her grandchildren. Marriage has been an afterthought for this couple over their 24-year long relationship. They don’t live together but spend a great deal of time together.

Rose was once asked if they plan to have a child together, to which he answered, “If I was madly in love with someone who offered the opportunity to spend our lives together. I would love to have a child or adopt a child.”

The 75-year-old anchor has been accused of sexually harassing eight women who worked with him in PBS. Rose acknowledged his behavior in a statement and apologized. While he has been suspended by CBS and PBS, Amanda Burden is yet to comment on the issue.