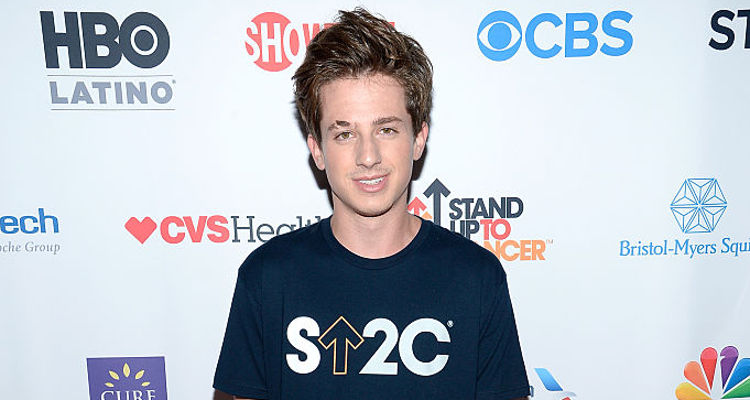 Charlie Puth made it on time to perform for his show in New York City on October 10, but he was admitted to the hospital on October 7, due to the flu. However, he had previously posted a photo on Instagram with the caption stating that the show might have to be canceled. But, like the champion he is, he recovered right before his show and killed it on stage!

“We Don’t Talk Anymore” is one of the hottest songs at the moment, and is probably on your latest playlist, admit it. After all, the song is just so amazing, it’s hard to not hum it’s catchy tune. After attending his concert in New York City yesterday, many were concerned about the singer and are wanting to find out more information from Charlie Puth’s wiki. If you are wondering who Charlie Puth is, then you are definitely missing out on his amazing talent. Charlie Puth’s songs are a proof of how talented this 24-year-old man really is. Now, the singer is all set to be the The Voice guest coach. To find out more information about this amazing singer, then read on!


Charles Otto “Charlie” Puth Jr. was born on December 2, 1991 in Rumson, New Jersey. Puth gets his amazing voice and musical talent from his mother, Debra Puth, who is of Jewish descent is a music teacher. She also used to write commercials for HBO! Charlie Puth’s father, Charles Puth, is a builder as well as a real estate agent. His father has German ancestry. If you are wondering about Charlie Puth’s age, then you should know that the talented singer has already made a mark in the music industry at the young age of 24.

Puth was introduced to the world of music by his mother when he was just a child. He started learning piano and classical music at the age of four. He studied jazz at the age of 10 and also participated in several music competitions. At the age of 12, he was hired by The Count Basie Theatre to participate in a Charlie Brown production. In 2013, Puth graduated from the Berklee College of Music, where he majored in music production and engineering.

Puth began his successful music career with the help of YouTube videos. In September 2009, he started his own channel on YouTube. He would frequently post comedic videos and acoustic covers. In case you want to check out his vlogs and see for yourself how awesome he truly is, his channel’s name is charliesvlogs.

Earlier this year, Puth released his debut album, Nine Track Mind. The album was released on January 29, 2016. Viewers loved the album so much, that it ranked at number three in United Kingdom! Additionally, he is the only musician to sign a music deal with Deutsch Music.

Charlie Puth’s estimated net worth is $3.0 million. Apart from his albums, he also earns a good amount of money with the help of his tours, endorsements, and sponsorships.

Previously, Puth has been linked to several of his co-singers. At one point, he was rumored to be linked to Meghan Trainor and later to Bella Thorne. If you want to know about Charlie Puth’s girlfriend, then according to sources, the 24-year-old singer is currently single! There were rumors about him dating Selena Gomez, but he immediately shut down those rumors.