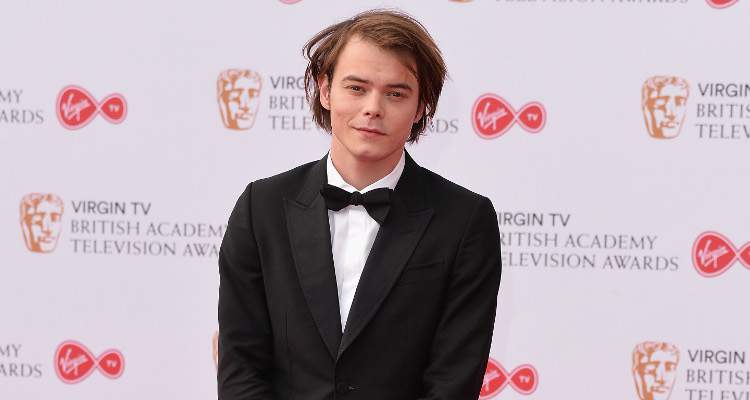 Soon after Charlie Heaton was denied entry in the U.S. for reportedly carrying drugs, new reports surfaced that he has a secret lovechild! The supposed mother of his child is an ex, Akiko Matsuura. Learn all about her, right here!

Stranger Things star, Charlie Heaton missed the season 2 premiere when he was sent back to the U.K. from LAX. According to reports, he was busted by drug-sniffing dogs for carrying cocaine! Now, reports have surfaced that the 23-year-old has a secret child with an ex. Charlie Heaton’s ex-girlfriend, Akiko Matsuura is the purported baby mama, who’s now gaining a lot of attention. Learn all about her, right here in our Akiko Matsuura wiki.

Originally from Osaka, Japan, Akiko Matsuura is big in the British rock scene. She is a vocalist of the band Pre, vocalist and drummer for Comanechi, drummer for The Big Pink, and has a side project called Sperm Javelin. Professionally, she goes by Akiko “Exceedingly Good Keex” Matsuura.

She met her partner, Simon Petrovich at a mutual friend’s party when she was an art student, and they bonded over their love for barbecue. “I’m really obsessed with barbecues, because my dad and mum used to run a barbecue restaurant back in Osaka. Since I was little, I was obsessed, and Simon loves barbecues too. So we spoke about barbecues, and then the conversation went to music.”

They formed the duo, Comanechi, and struggled in the indie rock scene for four years until Matsuura found visibility as a drummer for electronic rock band, The Big Pink. That added to Comanechi’s success and critical acclaim of their debut album, Crime of Love.

She’s Famous for Her Stage Antics

While fame had never been one of Matsuura’s priorities, she always wanted to be part of a band. “I didn’t have much big desire, like, ‘I wanna be really famous.’ Playing in a band is really fun at first and everything that goes along with it, like getting a label or recording an album, comes later. It’s the same as a relationship. You don’t meet someone and go, ‘I’m gonna marry her,’ do you? Sometimes it’s just for fun,” said the rocker who has four band projects to her credit.

She’s part of the five-piece noise rock band, Pre, which was born in a basement. They recorded their debut album in a cold pizza storage unit. They went on to become big art rockers in the British music scene performing to sold-out shows.

Matsuura gained attention for her live experience while performing with Pre, often times in just her underwear. Adding to it are her excessive stage-dives and stunts that have made her fall flat on her face. Her spastic antics and screaming vocal style went well with Pre’s avant-garde music style.

Her stage stunts are what make Matsuura a performer to behold. “I don’t want people to expect just to hear exactly the same sound as the album,” she  explained. ”It’s boring. And I don’t like bands who just stand and sing really quiet, that’s boring to watch too. Our album isn’t quiet, so our show is quite brutal. The record is just one dimension, but the live show is about interaction and fun. I want the audience to think, ‘What the f**k was that?’ once they leave.”

She Reportedly Has a Son with Charlie Heaton

The spotlight is on Stranger Things’ Charlie Heaton lately, and not regarding the exciting second season. Heaton was denied entry in the U.S. and sent back to the U.K. from LAX, causing him to miss Netflix’s series premiere party. Reports claim that traces of cocaine were found in his luggage.

Days after staying silent over it, Heaton released a statement saying that drugs weren’t the reason he was denied entry. While he apologized to his co-stars, another report surfaced bringing the attention back on Heaton.

The 23-year-old is reported to have a son named Archie with Matsuura, and no one knew about it until now. According to reports, Matsuura and Heaton dated when he was a teen.

“Charlie became a dad when he was just 20. He met Akiko when he was just a teen and fell head over heels in love,” the source claims. The source also added that the couple broke up but maintain an amicable relationship for their son. “Right now Charlie’s career is his priority but he hopes to see more of his son once filming commitments calm down.”

His son reportedly lives in the U.K. with Matsuura while people question why news of his three-year-old son just broke out now. It could have to do with Heaton’s sudden rise to fame with Stranger Things, but the story has not been confirmed by Heaton or Matsuura themselves. Meanwhile, purported pictures of the actor with his son are circulating on the Internet.