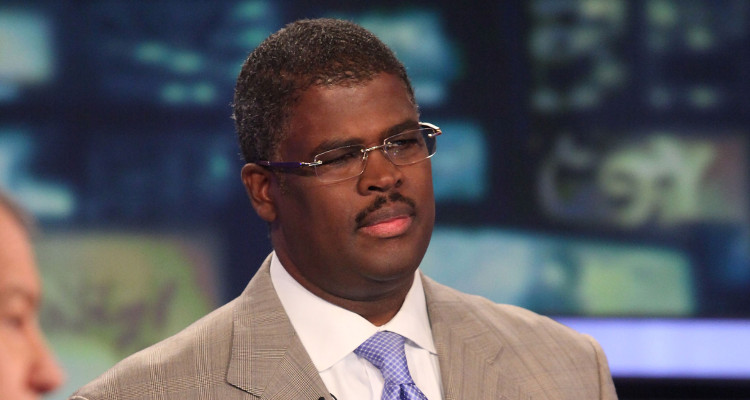 Charles Payne was suspended from Fox News, but his alleged sexual harassment case took a dramatic turn. Scottie Nell Hughes has filed a lawsuit against him and the network. This could cost Charles Payne, whose net worth is estimated at $10.0 million by some sources, heavily.

Fox News spent the past year grappling with sexual misconduct claims and forcing the dismissal of many Fox bigwigs. Fox Business contributor, Charles Payne may have been suspended, but his case is far from over. His accuser, Scottie Nell Hughes, has filed a new lawsuit against him and the network. What’s the drama between Charles Payne and Scottie Nell Hughes? Learn all about it, right here in our Charles Payne wiki.

Payne served in the U.S. Air Force at 17 years old as a security policeman at a base in Minot, North Dakota. While still in service, he attended Minot State University and Central Texas College. Soon after, he began his Wall Street career as an analyst for EF Hutton.

He took his financial expertise to Fox Business Network where he hosted Making Money with Charles Payne. He previously hosted Varney & Co., and has been with the Fox subsidiary since its launch in 2007. He also contributed to Fox News on shows like Cashin’ In, Cavuto on Business, and Bulls and Bears. His stock selections are said to immensely benefit viewers.

He wrote the book, Be Smart, Act Fast, Get Rich advising the average investor on how to profit from the stock market in simpler terms.

Outside of TV, Payne charges a pretty penny for dishing investment advice as the founder and CEO of Wall Street Strategies. His firm provides clients with investment research and information services. For someone telling people what to do with their money, you wouldn’t expect he’d run into money troubles himself!

Wall Street Strategies violated the SEC (Securities and Exchange Commission) for some malpractices in 1999. The SEC alleged that the firm told clients to buy its members stock through recorded messages on its telephonic stock recommendation service. Additionally, Payne didn’t disclose the payments he received promoting members’ stock.

Without admitting or denying the allegations, Payne agreed to pay a penalty of $25,000. The company itself had to pay a $10,000 penalty and it filed for bankruptcy in 1999.

#3. He Admitted to Infidelity

The business contributor is married to Yvonne Payne and they have a son, Charles Payne Jr. Not much is known about Yvonne, except that she recently underwent a heart transplant and participates in charity walks. There’s renewed interest in Yvonne Payne in light of her husband’s sexual misconduct allegations.

The Rupert Murdoch-owned network suspended Payne after he was accused of rape by Scottie Nell Hughes, another Fox News contributor. He has been taken off the air since July pending his investigation, but returned to broadcast this month.

He has vehemently denied the sexual harassment charges, but admitted to having an affair with a married woman. Now Hughes claims that Fox leaked the news that she was the woman Payne had an affair with. Payne said he had a three-year relationship with Hughes, who believed he would help her obtain a higher position in the network. Hughes alleged she was coerced into a sexual relationship with him and in return, received more appearances on Fox.

However, Hughes has accused Fox of blacklisting her since her allegations against Payne were brought to light. She also claims that the network is retaliating by dragging her name through the mud. Her lawsuit alleges gender-motivated violence, gender discrimination, retaliation, and defamation against Fox.

While Fox News and Charles Payne have locked horns with Scottie Nell Hughes, the network has found no evidence of truth in Hughes’ claims.