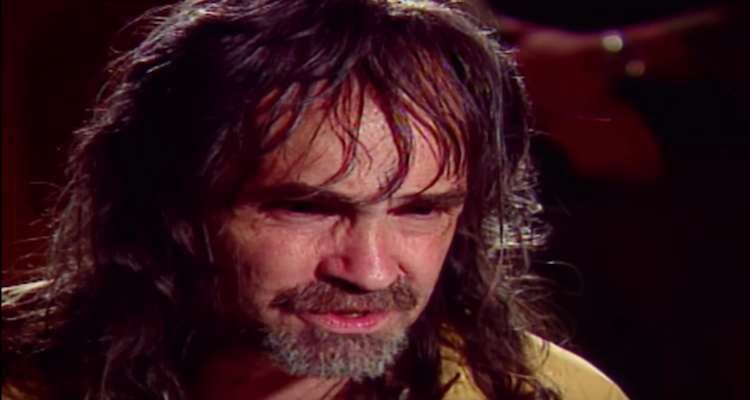 Charles Manson Jr. was born in 1956 to his father’s first wife, Rosalie Jean Willis. Charles Sr. married Willis in 1955, when she was a hospital waitress and, a year later, their first child was born. Willis was 15 at the time and Charles Sr. was 20 and in prison for theft by the time his son was born.

Due to the life that Charles Sr. lived, it’s no surprise that his son changed his name to Jay White, after his stepfather, Jack White. Willis had two more sons with Jack: Jesse J. White (born 1958) and Jed White (born 1959). But tragedy later struck the White family when Jed died as a result of an accidental gunshot to the stomach by his 11-year-old friend in January 1971. Later, in 1986, Jesse died of an overdose in Houston, Texas and was found dead by a friend.

Charles Jr. (Jay White) committed suicide on June 29, 1993, on a highway in Burlington, Colorado. According to CNN, the documents revealed that it was a gunshot wound to the head at around 10:15 a.m.

Many may not know this, but Charles Jr. had a grandson, 6’2” kickboxer (by the name Freebird), Jason Freeman. In an interview, Freeman revealed that he was never allowed to talk about his grandfather (Charles Sr.) He knew of him at a young age but it never kicked in until eighth grade, when his teacher was talking about him.

“Our teacher … was talking about Charles Manson and I’m looking around like, are there people staring at me?”

Freeman, who wrote a book titled Knocking out the Devil, admitted that he didn’t know his father very well and his mother’s identity is unknown to the public.

“I see my kids, you know, and that’s kinda where I get shook up,” he added tearfully. “I would hate to see them grow up without a father. That’s important. Very important.”

Is There Another Manson?

“I spoke to the woman who worked for the adoption agency at the time [of his adoption] and was still working there, and she tried to warn me about my mother – that she was a little mentally ill, I guess.”

Roberts was told that he was a product of rape, but still had a few questions. He also wrote to Charles Sr. when he was in prison and got a few replies.

“At one point I asked him if I could come visit, and he was suggesting that bad people were intercepting my mail — murderers and rapists — that were threatening to do me harm once they got out of jail and he suggested that these people were not people I would want knowing who I was.”

After having a DNA test, both Freeman and Roberts learned that Roberts was, in fact, not related to the Manson family.