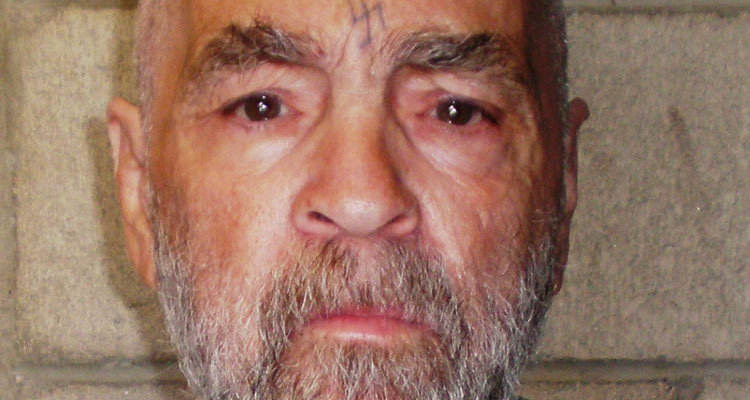 The youngest member of Charles Manson’s infamous cult, Leslie Van Houten, was granted parole after appearing before a California Board for the 21st time. Who is Charles Manson? Take a look at our Charles Manson wiki to learn more about the murderous cult leader.

Who Is Charles Manson?

Manson is a convicted mass murderer who founded the Manson Family cult in California in the late 1960s. He is infamous for the brutal murders conducted by him and his followers. He used the Beatles’ song “Helter Skelter” to build his belief of an impending apocalypse that his murders would help start.

Is Charles Manson Alive or Dead?

In January 2017, Manson was taken from California State Prison, Cocoran to Mercy Hospital after suffering from gastrointestinal bleeding. At that time, there were reports that he was seriously ill and too weak to undergo surgery. He was sent back to prison shortly after, but details about his treatment were kept under wraps.

But make no mistake, Charles Manson is still very much alive and has been serving nine life sentences in Corcoran State, California since 1971. In fact, he was denied parole for the 12th time in April 2012. It was also reported that he is not eligible for parole for another 15 years, which will make him 92 years old if he sees his next hearing.

When he was born on November 12, 1934, in Cincinnati, Ohio, it took weeks before he was given the name Charles Milles Maddox. His mother, Kathleen Maddox, was a 16-year-old alcoholic prostitute, who reportedly sold him to a woman for a jug of beer when he was just a child. His uncle had to track the woman down in order to get him back. His mother later married a laborer named William Eugene Manson, the stepfather who’s last name Charles reportedly took. But their marriage was short-lived, and Manson was soon sent to an all boys school. He ran away from the school to go back to his mother, but she rejected him, and he lived on the street, surviving through petty crimes.

The Manson Family was a group of almost 100 members who followed Charles Manson as their leader. They all shared a similar lifestyle of using drugs like LSD and psychedelic mushrooms. In 1967, following his release from prison for petty crimes, the Manson Family moved to San Francisco and later to an isolated ranch in the San Fernando Valley. Many of his followers were young women, who did not question Manson’s portrayal of himself as a “Christ figure” and a revolutionary of a race war.

Happy #EarthDay! Its been said a sunset never lost its magic to Sharon Tate. Her favorite destinations were The Italian Riviera, The French Riviera and The French Alps. She loved the beach, she once said, "It gives me a kind of freedom. I don't have to be a sex symbol or a movie star." Her favorite flower was The Yellow Texas Rose. Her first love was for animals, she loathed animal cruelty ??✌? #SharonTate #ForeverYoung #TimelessBeauty #Legend #Icon #MyInspiration

Manson and his followers reportedly killed around 35 people. Not all of the cases were tried, due to lack of evidence or because some of the criminals were already in prison serving their sentence.

The cult’s most high-profile case was that of actress Sharon Tate’s murder. After filming for 12 + 1 was complete, Tate went back to Los Angeles where she and her husband, Roman Polanski, rented a house on Cielo Drive in Benedict Canyon. While Polanski was in England, his eight-month pregnant wife was brutally murdered after being stabbed in the stomach by Susan Atkins. Before Atkins stabbed Tate, she reportedly told her, “Look, b***h, I have no mercy for you. You’re going to die, and you’d better get used to it.” Four others in the house were murdered along with Tate; writer Wojciech Frykowski, coffee heiress Abigail Folger, celebrity hair stylist Jay Sebring, and Steven Parent, who was a friend of the family’s gardener.

The Manson Family committed more heinous murders until its members were arrested in 1969 on other charges. However, a confession from Susan Atkins revealed that they were involved in the Tate killings. In 1971, Manson was charged with first-degree murder and conspiracy for seven killings, including Sharon Tate as well as Leno and Rosemary LaBianca.

Charles Manson and his 27 year old fiance Afron Elaine Burton, who also calls herslef "Star." She revealed that she has been writing to Charles since she was 17. Credit // luciferlaughs on tumblr #charlesmanson #cult #truecrime #tcc

In 1955, between his sentences, Manson walked down the aisle with a 17-year-old hospital waitress, Rosalie Jean Willis. The newlyweds moved to California and had a son, Charles Manson Jr., who committed suicide in the ’90s. A year later, Willis took her son and left Manson to be with her new boyfriend, and their divorce was finalized in 1958.

The next year, Manson married a prostitute named Leona Rae “Candy” Stevens with whom he had a son, Charles Luther Manson. However, their marriage came to an end in 1963. Some reports suggest that Manson had a son, Valentine Michael Brunner, with an early member of the Manson Family in 1968. Manson was never married to Brunner, but the two were reportedly romantically involved.

In 2013, a woman named Afton Burton, also known as “Star,” said in an interview that she was in a relationship with Manson: “I’ll tell you straight up, Charlie and I are going to get married. When that will be, we don’t know. But I take it very seriously. Charlie is my husband. Charlie told me to tell you this.” At the age of 19 and with all the money she saved, Star moved from Illinois to Corcoran, California to be near the prison Manson was in. In 2014, 26-year-old Star and 80-year-old Manson got a marriage license, but it reportedly expired in 2015. There are reports that the couple are still dating, and Star is running a couple of websites to get Manson out of prison.

There is no hope for Manson getting out of prison anytime soon, as he is currently serving a life sentence. He has not shown remorse or guilt for his actions, and will likely not be granted parole. Regardless, he won’t even see a hearing until he’s 92.