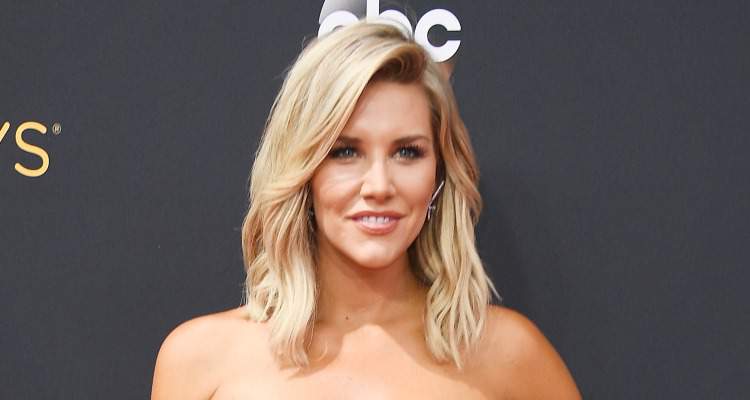 It’s no surprise that people are scouring the Internet for Charissa Thompson’s hot pics, and when you see what she looks like, you’ll undoubtedly know why! With rumors running high that fans might actually see her again on Fox Sports, fans are searching high and low for her hottest pictures.

After spending a significant amount of time—three whole years to be exact—away from Fox, it was rumored earlier this year that Charissa Thompson might reprise her coveted role as a Fox sportscaster! Now that those rumors have officially been addressed and confirmed, sports fans—especially the male ones—are super excited to welcome Thompson back to the Fox family! She’s certainly a valuable, charismatic, versatile, good-humored (not to mention breathtakingly beautiful) anchor, as many of her fans have been quick to point out in their social media comments! On that note, check out our picks of the litter when it comes to Charissa Thompson’s hot pics. Given the fact that she’s garnered over 155K followers, it’s obvious that Charissa Thompson’s Instagram game is extremely strong. See for yourself below!

Charissa Thompson has had quite the illustrious career in television and she’s definitely proven that she’s more than worthy of all of the accolades she’s acquired over the years—especially from her ever-adoring fans on Instagram! Anyone who casually sifts through the comments sections on these hot pics of Charissa Thompson can tell that she has a lot of admirers!

We’ll Drink to That!

On a scale of 1 to Smirnoff No. 21, how American is your vodka? ??? Today, on National Vodka Day, I'm proud to be a #SmirnoffPartner since my fave vodka is #MadeinAmerica. What vodka cocktail will you be celebrating with today? I'll be sippin' on my @SmirnoffUS & soda.

In honor of National Vodka Day—which was on October 4th—Charissa Thompson took the opportunity to promote her personal favorite brand of vodka, Smirnoff. She also proudly announced that she’s a #SmirnoffPartner and that her favorite libation is #MadeInAmerica. We’ll drink to that! Cheers!

This is one of Charissa Thompson’s classier Instagram pics and it doesn’t get any more American than this—standing on a football field wearing a subtle, yet sexy little black dress and obviously holding a cold beer!

Fit as A Fiddle!

Repost from @shotbyana because three things are important here: there is a child in the tree, I had no idea she was there or who she belongs to… so there's that. Also thank you @strut_this for the workout clothes.. next time I will pose more "naturally" .. now back to the kid.. who does she belong to? Honestly. Her pose btw is on point.

There’s no shortage of sexy pics of Charissa Thompson on Instagram and this is another one of them! She’s promoting the new workout gear she received from a fitness company called ‘Strut This’ in Los Angeles….oh, and there’s a random unidentified child hanging out in the background of this picture whose parents seem to be MIA. #whoskidisthat Don’t let that distract you from the fact that Charissa Thompson is smoking hot and those workout clothes compliment her figure perfectly!

@shotbyana I'm pretty sure this headshot has been used wayyyy more than originally anticipated given the ever changing length of my hair! Employers hate me! Thanks babe let's do it again soon. #tb (not seen , the strapless dress I was wearing.. I swear)

This must have been the headshot Charissa used to get her evening co-hosting gig at Extra magazine, opposite Mario Lopez. She claims she’s used it for more job opportunities “than originally anticipated” and it’s not hard to see why! She looks flawless!

Blonds Really Do Have More Fun!

Nothing like a cute little sundress and a messy bun to get you through the day! Here’s another stunning picture of Charissa Thompson. Whatever it is she’s smiling or laughing at, she looks genuinely happy!

Frolicking on the Beach

#tbt to a baptism / wedding shoot. Take your pick. ?: @shotbyana upon further review was my hair gray ? ??

The sun is shining, the ocean is a clear blue hue, and Charissa Thompson is all smiles as she attends a wedding and baptism in Malibu, California. That white dress is almost as stunning as her contagious and radiant smile!

What Dreams Are Made Of

In another life, Charissa Thompson could’ve easily been a supermodel! If that’s ever a career path she chooses to pursue, she’d surely reach the status of Cindy Crawford or Tyra Banks in no time—and this picture is proof!

A Fly on the Wall

#tbt to an alley , a stupid stare and @riawna hair color! Coming BACK to a theatre near you soon! #switchup

Despite claiming that she’s sporting a “stupid stare” in this photo, Charissa’s hair, makeup, and outfit are completely on fleek! The magenta lipstick suits her perfectly and she’s flaunting what she’s got effortlessly. The dark setting of the alleyway creates an excellent contrast to her light blond hair and this look epitomizes the ultimate city girl persona.

Whether she’s donning an all white, all black, or colourful outfit; Charissa always looks absolutely stunning and this white long-sleeved gown with a daring plunging neckline is no exception! Not many women can pull off wearing a dress like this, but Charissa definitely has the body for it—and she looks absolutely radiant in it!

Despite being a Seattle native, it’s obvious that Charissa Thompson truly is a California girl at heart and she was born to bask in the sunlight. There’s also no doubt that she can pull off absolutely any outfit. Her casual bleach-blond, beach-blown hair paired with this bright yellow dress and her tanned skin is the perfect ensemble for spending a relaxing day at the beach, soaking up the sun.

There are plenty of hot bikini pics on Charissa Thompson’s Instagram, and this one is sending our temperatures soaring! She looks like she’s having the time of her life and the picture looks like a fantasy sequence right out of Gilligan’s Island.

Last but not least, here’s Charissa sporting another form-fitting gorgeous leather black dress and smiling for the camera. It’s captioned “4 days…”, which means this was most likely taken around the time when she was transitioning from her position as a sportscaster at Fox to joining the Extra team!

Let’s hope we see more of Charissa Thompson soon! (Until then, you can go back and bask in these photos as much as you want, we won’t judge!)