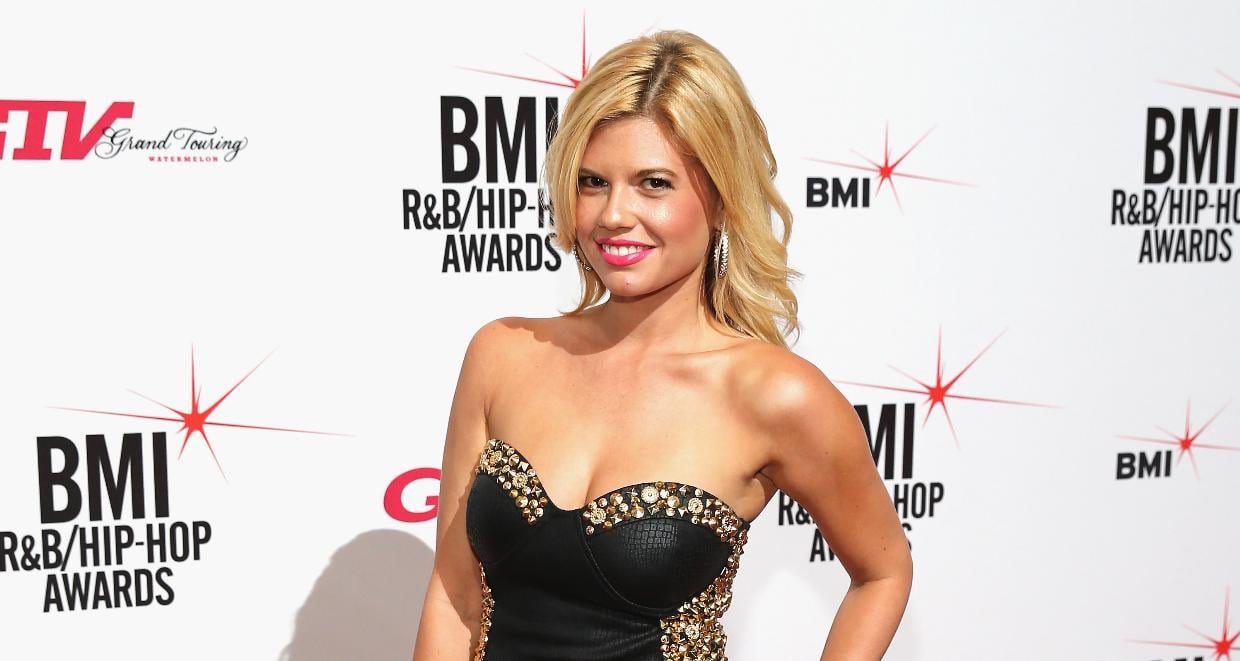 Right from childhood, Chanel West Coast loved singing and dancing. So, when she grew up and chose to be a rapper in the music biz, nobody was surprised. She has appeared in several shows on MTV and released a couple of highly appreciated mixtapes, as well. Chanel West Coast’s net worth in 2018 is estimated at a modest $6.0 million, but at the age of 29, she is just getting started.

Chanel West Coast is a multi-faceted talent who is a rapper, singer, model, actress, and TV personality. Even though her real name is Chelsea Chanel Dudley, she is better known by her stage name, Chanel West Coast. She came into the limelight thanks to her roles in MTV’s Rob Dyrdek’s Fantasy Factory and Ridiculousness and is now a well-known celebrity in her own right.

Thanks to the sales of her mixtapes and singles, her live concerts and tours, her appearances on TV, and her modeling assignments, Chanel West Coast’s estimated net worth is a cool $6.0 million and growing.

She was born on September 1, 1988, in Los Angeles, California, which makes Chanel West Coast’s age 29. While growing up, she split her time with her mother in North Hollywood and her father in New York City.

Chanel’s father was a DJ. So, she got to spend a lot of time in various nightclubs in New York City, which fueled her interest in music.

Ever since she was young, Chanel took singing and dancing lessons and developed a passion for performing. When she heard the song, “How Do U Want It,” by Tupac Shakur, she was entirely taken by it, and it inspired her to take up rapping. 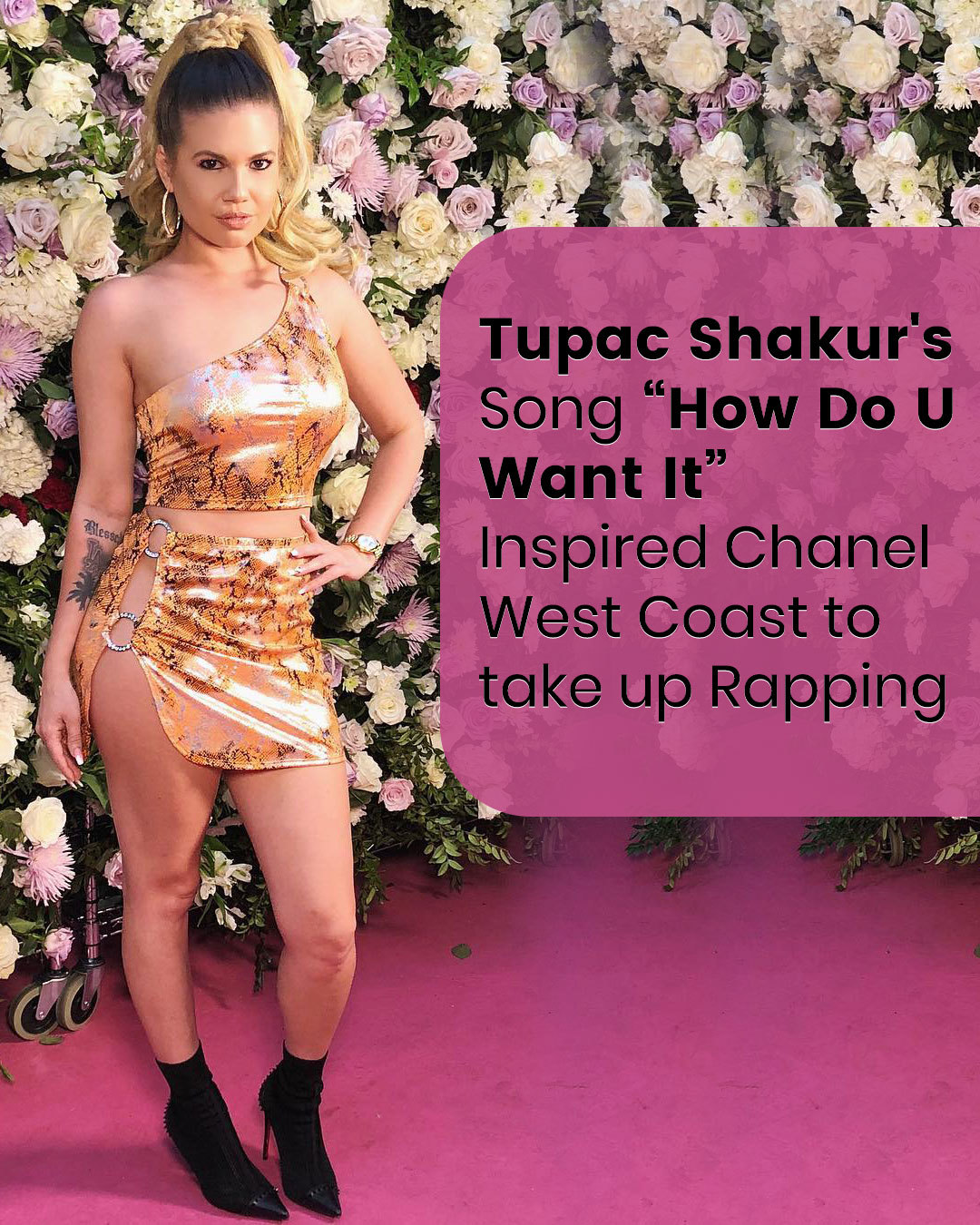 Tupac Shakur’s Song “How Do U Want It” Inspired Chanel West Coast to take up Rapping. Credits:Instagram/chanelwestcoast

Getting a Break with MTV

Chanel’s showbiz career started when she met television personality Rob Dyrdek through mutual friends in 2008. He offered her the post of his secretary on his MTV reality series, Rob Dyrdek’s Fantasy Factory.

In 2011, she appeared as Sheila in an episode of the MTV series, The Hard Times of RJ Berger, before becoming a leading panel member on Ridiculousness. 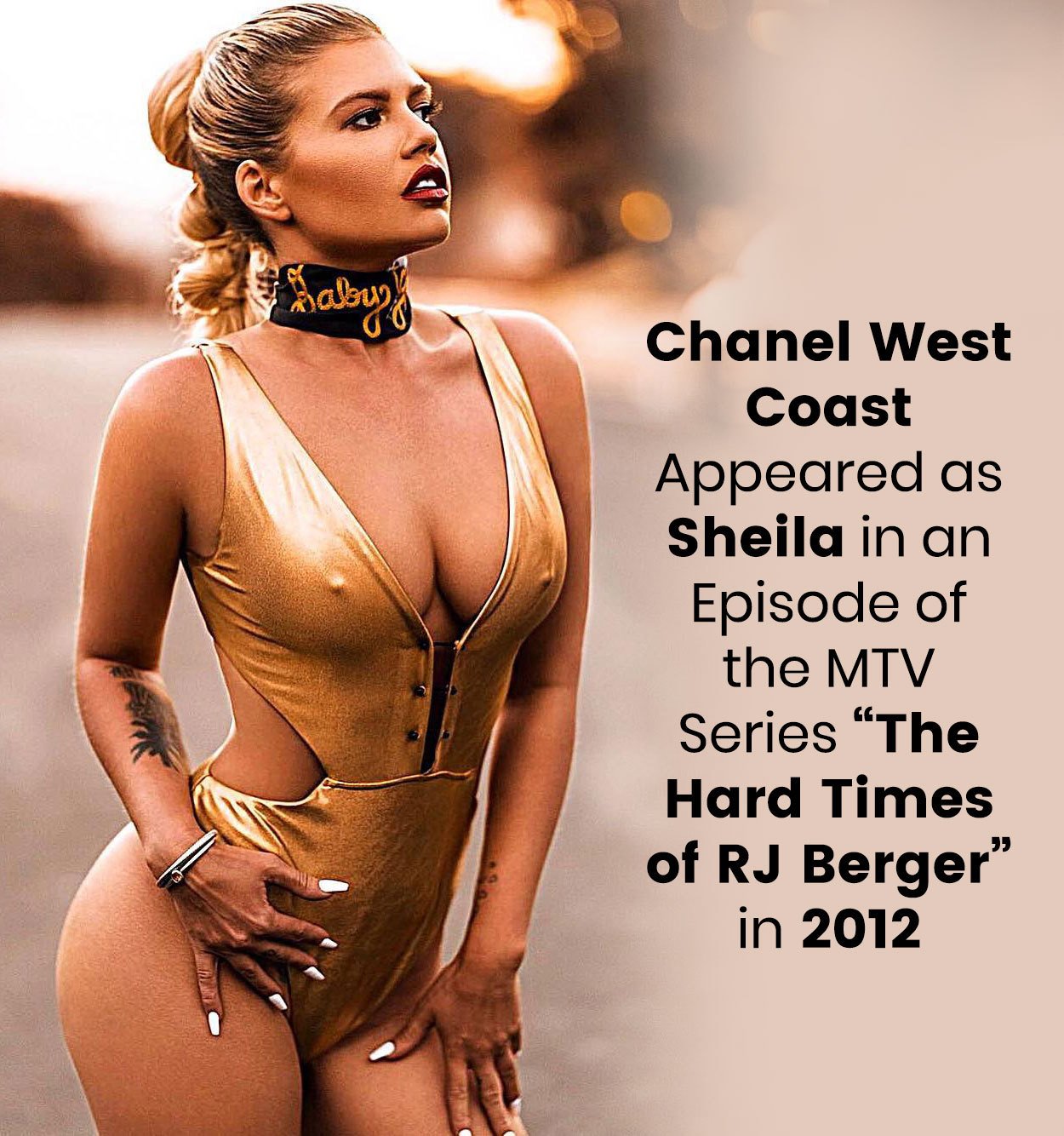 Chanel West Coast Appeared as Sheila in an Episode of the MTV Series “The Hard Times of RJ Berger” in 2012. Credits:Instagram/chanelwestcoast

She started working on and recording her own music in 2009 and collaborated with several artists like Tiffanie Anderson and Midi Mafia.

Chanel West Coast’s songs like “Melting Like Ice Cream,” “PHAMOUS,” and “I Love Money” began to make her popular among music enthusiasts and set the ball rolling.

She got her big break when Lil Wayne signed her onto his music label (Young Money Entertainment) in 2012. She released her first mixtape titled Now You Know in 2013.

She promoted her debut mixtape by going on tours like the Punch Love Drunk Tour and the Now You Know Tour, which brought her into the public eye.

After releasing a music video for her song, “Been On,” she released her follow-up mixtape titled WAVES. It featured artists like YG and B-Real.

Then, Chanel started work on her long-awaited debut studio album and released singles like “Blueberry Chills,” “New Feeling,” and “Miles and Miles.”

In 2015, she released a song titled “Bass in the Trunk,” which was featured on Rob Dyrdek’s Fantasy Factory.

Despite numerous delays, her fans are hoping that she will release her debut studio album in 2018.

Working Hard for the Money

Chanel West Coast has earned a sizable amount of money through her TV appearances, her YouTube channel, and her album sales.

Check out Chanel West Coast’s salary for her various projects below:

Chanel West Coast has used her wealth judiciously, so far. She bought a comfortable and spacious beach house for herself in the Hamptons, part of the East End of Long Island, USA.

Being a rapper, Chanel West Coast makes her money through different avenues like product endorsements and product promotions.

Over the years, she’s endorsed products like 310 Nutrition, Bling Jenny Bui, Beach Bunny Swimwear, Candy Jewelry Company, and Buffalo David Bitton. Her earnings from these endorsements have brought her more than $26,140. 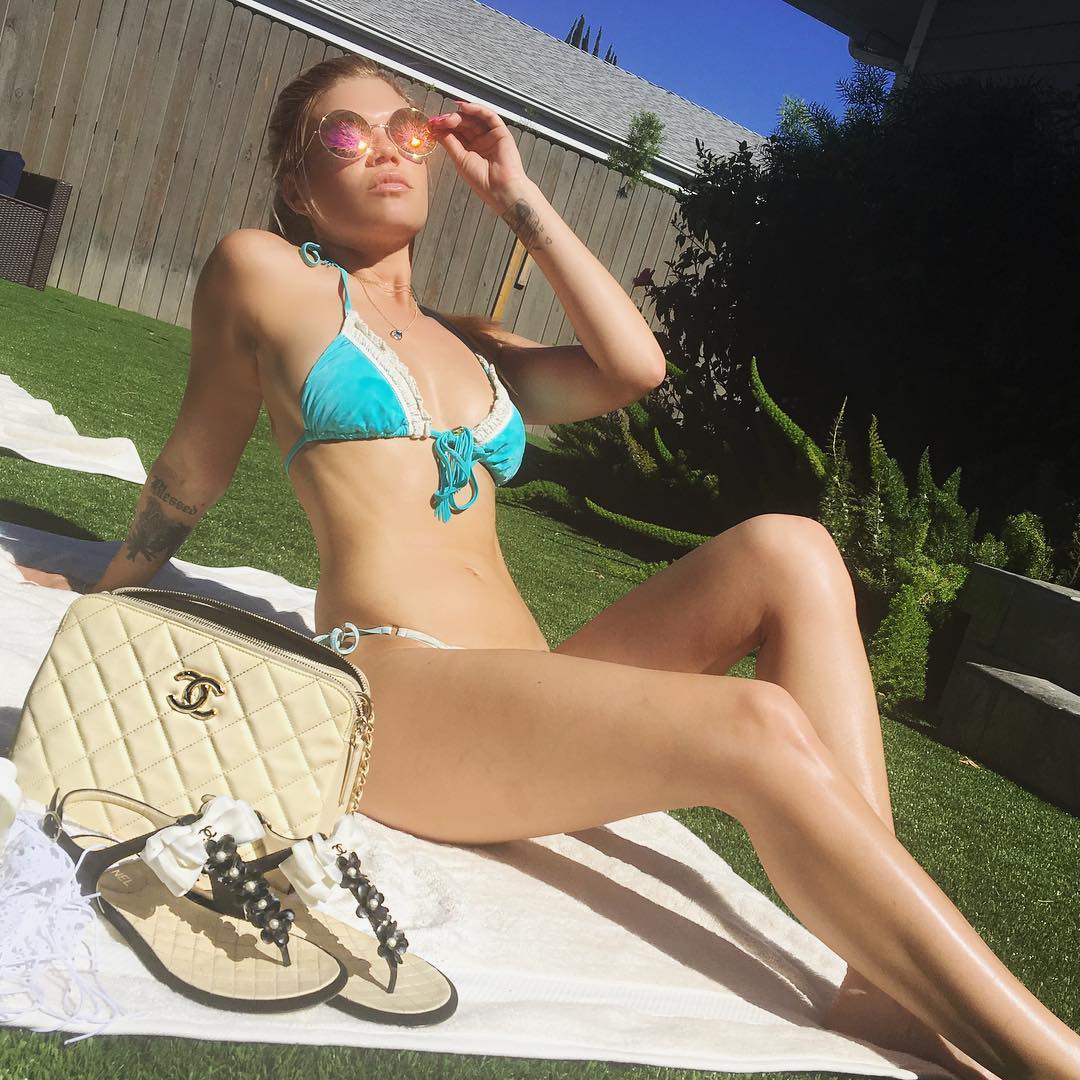 Chanel West Coast also has her own line of T-shirts that she sells online to her fans and admirers. She informs her fans when new merchandise hits her stores through her social media accounts.

Chanel makes sure that she has some free time to devote to her hobbies, no matter how packed her work schedule is. Her hobbies include driving cars and listening to music.

The company does not use any laser cutters or engravers, and the jewelry is all handmade. It takes a little more time to make them and the pieces cost a bit more. But the result is a truly unique piece of branded jewelry that would make any West Coast admirer or fan proud!

While Chanel West Coast has become famous for her music and acting, she has had her share of bad publicity, too. Like in August 2015, when she was arrested at 1 OAK Nightclub for allegedly causing a fight and even punching and kicking a uniformed cop!

According to sources, West Coast got into a fight with a girl inside the nightclub, which resulted in her and her crew getting kicked out. However, she then started fighting security and was held until the L.A. County Sheriff’s deputies came, cuffed her, and arrested her for battery. 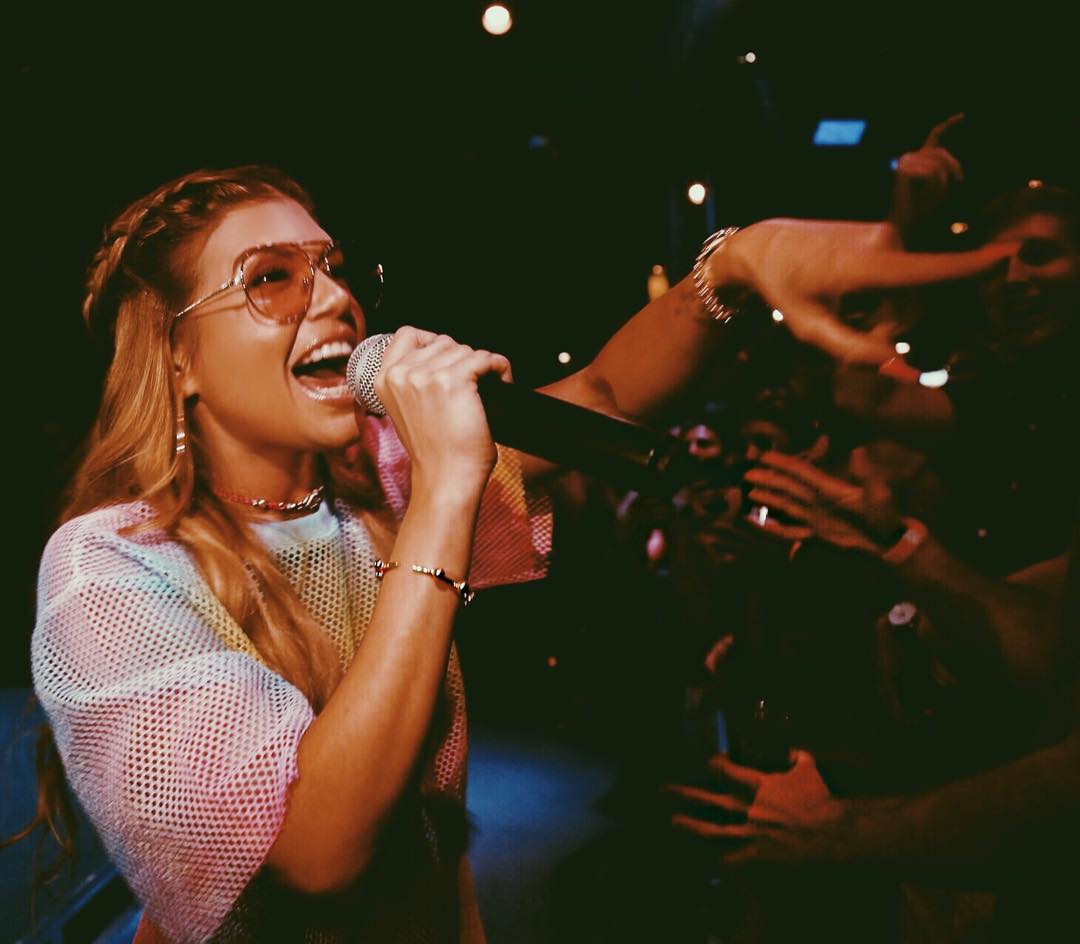 Chanel West Coast at a performance in Virginia. Credits:Instagram/chanelwestcoast

Right now, the rapper is working on her debut studio album, which has been in the making for quite some time now.

She has hinted that her album will be released in 2018. Now, her fans are waiting eagerly for Chanel West Coast to drop some new music this year!

Chanel West Coast’s Estimated Net Worth Compared to Other Rappers