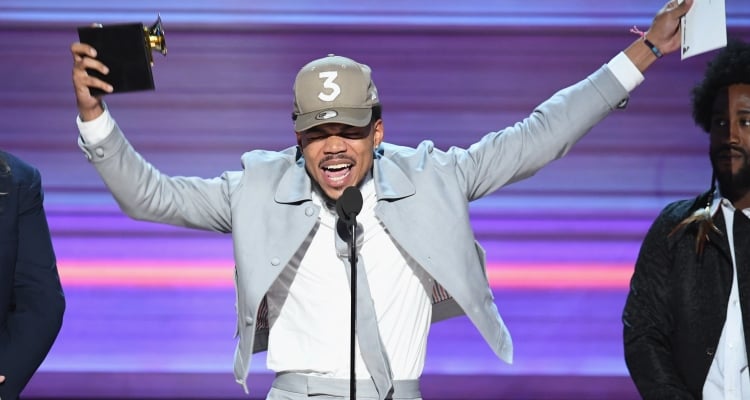 Is Chance The Rapper’s Spring tour 2017 ready? You bet it is, and the artist recently took to Instagram to post his full list of tour dates. We’ve got all the details you need right here!

From April 24 to October 3, fans will get the chance to experience Chance The Rapper’s music, live. The Chicago native captioned his Instagram post, “Thank YOU GUYS for everything. Tour goes on sale at ChanceRaps.com at 7pm ET [sic]” Fans have been flooding the rapper’s comment section since he posted the news. 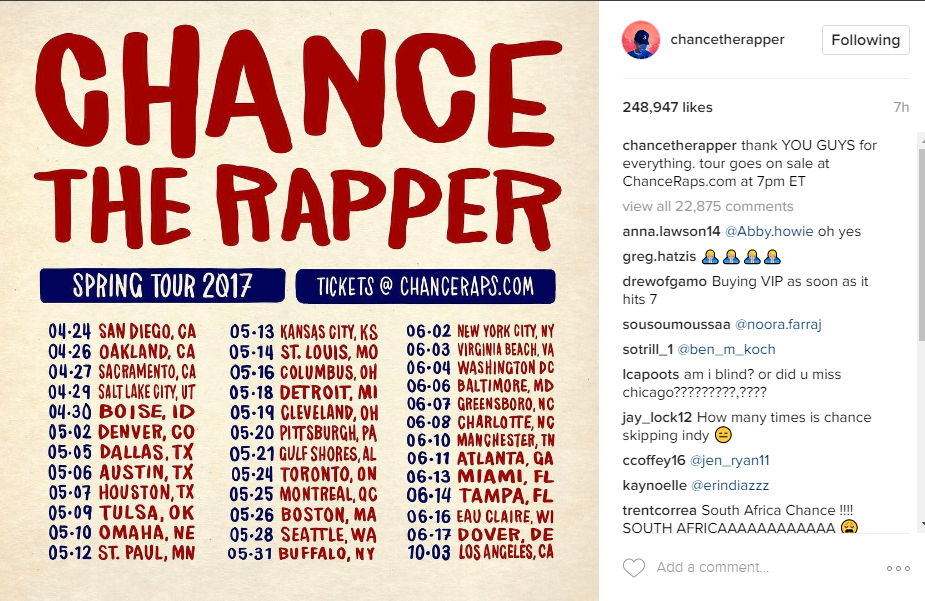 Aside from a Chance The Rapper tour, the young hit maker won three major Grammy Awards on music’s biggest night and received more than his fair share of recognition, including a hug from Jay Z! Chance not only won his first-ever Grammy, he made Grammy history for winning the awards by not actually selling any physical records! That’s right—the rapper only makes his content available via streaming services, and for free! He makes all of his money while on tour and from merchandise. We can only imagine how much money he has missed out on, even if he would have just charged a dollar per song! But that’s just not his style–he enjoys making music and he makes what he needs during tours. And by the looks of it, the tour is going to be sold out in no time, if not already. So, even if he’s not in it for the money, it looks like Chance will be rolling in it real soon!