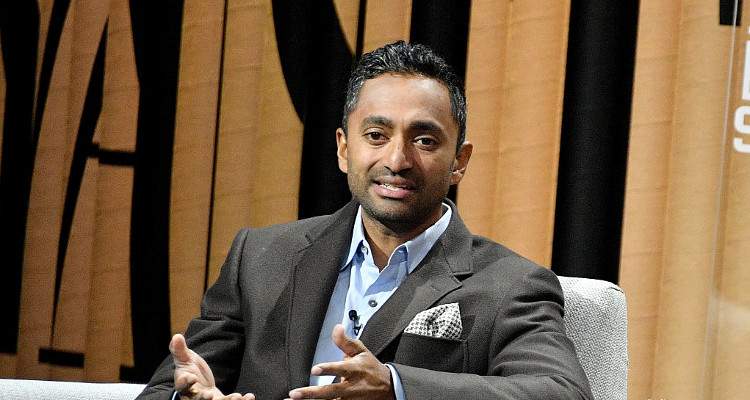 Chamath Palihapitiya was one of the first enthusiasts of social media and helped Facebook become the behemoth it is today. Today, he warns others of how social media is subverting human relationships and the society at large. He is a venture capitalist with his own fund, Social Capital, and has a net worth of $1.0 billion. Palihapitiya is working to build a safe future for humans powered by technology, by investing in promising start-ups. He lives in a designer home in Silicon Valley with his wife and their three children.

It is unusual for a person to turn against something they helped create, but Chamath Palihapitiya seems to be doing just that. He used to be a high ranking Facebook executive, and said during an interview at Stanford’s graduate business school in November 2017 that social networks “are destroying how society works.” It has recently come to people’s attention because The Verge picked it up on Monday, December 11. Palihapitiya went on to say, “The short-term, dopamine-driven feedback loops that we have created are destroying how society works. No civil discourse. No cooperation. Misinformation. Mistruth. And it’s not an American problem. This is not about Russian ads. This is a global problem. So we are in a really bad state of affairs right now in my opinion.” This startling interview generated a lot of interest in him, so we have some details from Chamath Palihapitiya’s wiki.

Born on September 3, 1976, in Sri Lanka, Chamath Palihapitiya’s age is 41. He is a venture capitalist and worked in Silicon Valley for a long time. He is also an owner and board member of the Golden State Warriors. When Palihapitiya was six years old, his family moved to Canada, where he was raised and taught the importance of academics. He graduated from the University of Waterloo with a degree in electrical engineering in 1999, and then worked as a derivatives trader at the investment bank BMO Nesbitt Burns for a year. In 2000, he moved to California with his girlfriend.

A Builder of Social Media

Palihapitiya joined a then-flourishing AOL, and by the sheer dint of his hard work, became the head of its instant messaging division in 2004. After a short stint at Mayfield Fund, he joined Facebook when it was in existence for barely a year. He was given the responsibility of increasing Facebook’s user base, and was immersed in his work. Mark Zuckerberg’s way of working, lack of ego, and ability to prevent personal ego from affecting his business decisions primarily influenced Palihapitiya. While still working at Facebook, he started making investments in companies like Palantir, Playdom, Pure Storage, and Bumptop.

In 2011, Palihapitiya made the tough decision to leave his job at Facebook and start his own fund, The Social+Capital Partnership with his own money. He changed its name to Social Capital in 2015 and kept its focus on technology in healthcare, education, and financial services, as well as software as a service. Through his fund, he invested in promising companies like Yammer, Inc., Glooko, Box, Slack, SecondMarket, and Premise. According to sources, Chamath Palihapitiya’s net worth is said to be approximately $1.0 billion and growing thanks to his ambitious approach to the art of venture capital.

Bullish on Future of Bitcoin

Palihapitiya has a gift for looking into the future and made early bets on both Facebook and bitcoin, the disruptive cryptocurrency that divided investors who continue to argue over its legitimacy.  The digital currency has seen volatile times, but rose 300% this year. This is despite the fact that some big names in business said that bitcoin as a currency is doomed to fail. Palihapitiya sees it differently and said, “Nobody can stop it because nobody can control it. The idea that the government can put curbs on it is actually pretty specious.” Chamath Palihapitiya’s bitcoin argument is, “As far as I’m concerned, the genie is out of the bottle. Now the real question is how can we productively use it to solve some of society’s issues around the financial services infrastructure.”

The Home of His Dreams

Palihapitiya, his wife Brigette Lau, and their three children live in a modern house that showcases their pro-modern outlook of using iPhones and Tesla cars. He says “We wanted a reflection of our taste, a modern aesthetic that would embrace our inner voice.” Chamath Palihapitiya’s house has a poker den, spacious lots, lots of double-glazed glass that gives the impression of living outdoors, a children’s playroom, modern kitchen, continuous walls of stone and cedar, carpet of bluestone floors, built-in wooden desks and closets, smoky rugs, and Japanese ceramics. Now the one-time proponent of social media has turned into one of its biggest critics and is speaking against it, all eyes are on Chamath Palihapitiya as he continues to usher in a new era in technology with his strategic investments in companies that are building the future.