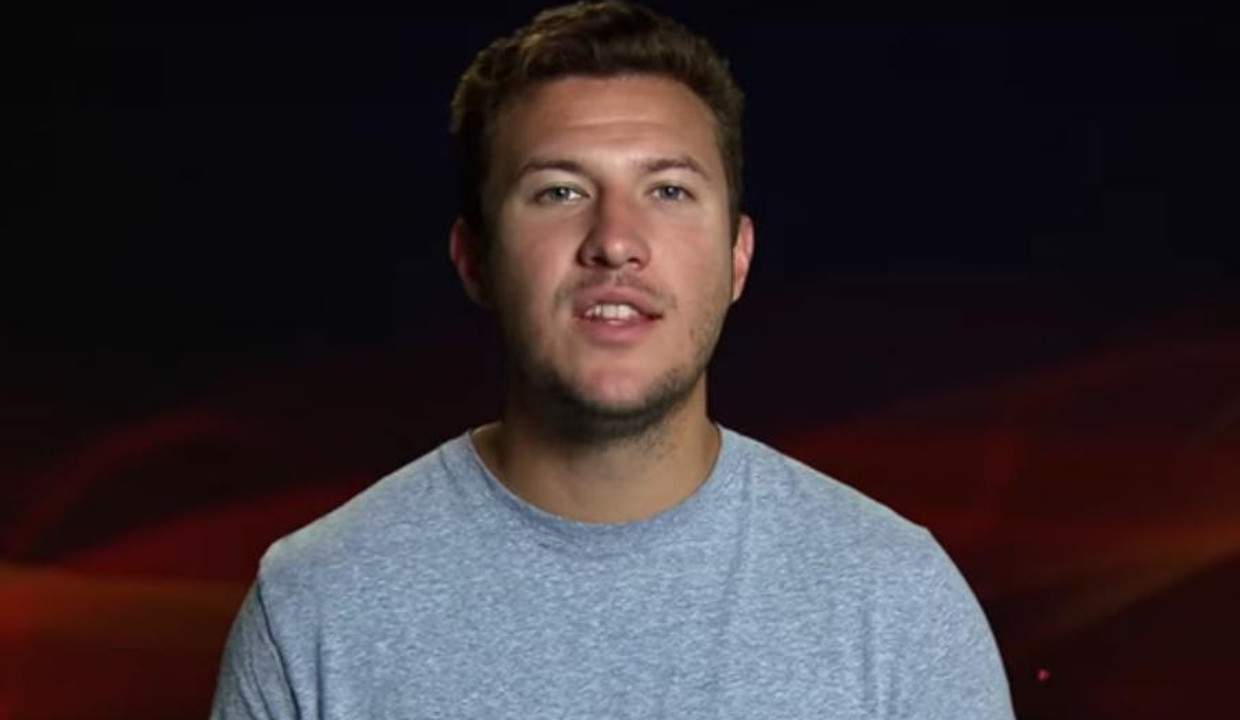 The Challenge: Vendettas was dramatic, as usual. Along with some intense competition and sinister mind games, there was a shocking elimination no one saw coming. In a bizarre twist of events, Johnny Bananas was in the elimination round. But how the heck did that happen?!

Keep reading for The Challenge: Vendettas recap of episode 10!

Johnny Bananas is the undisputed king of The Challenge, having participated in 14 competitions in his MTV career. But he has narrowly missed entering the finals more than once.

In the recent episode of The Challenge: Vendettas, Johnny was eliminated one episode before the finals! Thanks to some serious psychological warfare by Devin, Johnny was sent packing. But he wasn’t the only one who was sent home.

Previously on The Challenge: Vendettas

Last week, Johnny Bananas, Natalie, and Nelson were voted to the Troikas. After her loss, Marie was sent to the elimination challenge.

It came down to Marie and Kailah in the elimination. The challenge involved escaping a basket and solving a puzzle. Kailah won while Marie was eliminated.

But over the course of the episode, tension increased between Johnny and Kailah. She then uses her grenade to make teams for the next challenge.

Zach, Brad, Kyle, Tony, Kam, Kailah, Natalie, and Nicole are on one team. Meanwhile, the “weakest” team is made up of Nelson, Devin, Leroy, Cara, Johnny, Jemmye, Britni, and Kayleigh.

Sure enough, Kailah’s strategy pays off! Along with Zach and Tony, she’s voted into the Troika. The losing team voted Devin into the elimination round.

You’d think the cards are stacked against Devin. But he has a strategy up his sleeve. So, he requests the Troika to nominate Johnny into elimination.

Also Read: ”The Challenge: Vendettas” Spoilers: Who Was Eliminated in Episode 9?

Devin campaigns for Johnny to be his opponent in the ring. Kailah is all for it, but Tony and Zach are hesitant. The Troikas nominate Nelson, Leroy, and Johnny for elimination.

Tony and Johnny are friends in the show. Johnny even imparts wisdom from his extensive Challenge experience as a mentor to Tony.

The guys in the Troika assure Johnny that if it comes down to it, they’ll send Nelson against Devin. At the Inquisition, Johnny threatens to turn his back on Tony in every challenge if he betrays him.

Devin is really determined to take Johnny down, and at the same time, he’s working on breaking up the alliances on the show. He tried to break the Nelson-Kayleigh pair by claiming that he saw Kayleigh and Johnny hook up.

Kayleigh did confirm that she kissed Johnny but added that it was nothing. Johnny Bananas himself neither confirmed nor denied it.

Devin’s strategy works because Johnny’s partner in the house, Natalie, is upset. And all the other girls in the house gang up on Kayleigh for hurting Natalie.

The bullying went too far with Kayleigh having to spend the night at a hotel. Even host, T.J. Lavin calls out Jemmye, Britni, and Kailah for bullying.

Devin successfully drove a wedge between Johnny and Natalie’s alliance. What no one expected was that Tony would go against Johnny, too. In the elimination, Tony flipped his vote to send Johnny into the elimination challenge!

Tony explained his move and said that he learned these tactics from Johnny Bananas himself! He added that if it came down to it, Johnny would’ve done the same thing.

Devin’s wish came true and he went up against Johnny in the Ring. This week’s challenge was called “Not So Bright.”

Devin and Johnny have to memorize the position of lights on a massive board. They had to relight the board by running back and forth to switch them on. The first to light up the entire board won.

It’s neck-and-neck until the end, but Johnny finally loses to Devin. Johnny Bananas is going home, and the other contestants are visibly relieved seeing the toughest competitor go.

But that wasn’t the end of the night. Kayleigh declared she doesn’t have to put herself through the bullying and bows out of the competition!

Devin’s warfare sent home two of the biggest contenders for the winner’s title—Johnny Bananas and Kayleigh!

The Challenge: Vendettas continues on Tuesdays at 9:00 p.m. EST on MTV.