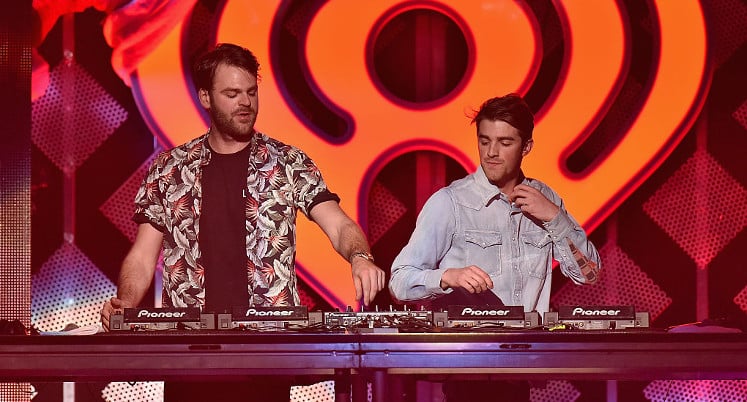 The 2016 iHeartRadio Jingle Ball tour has the entire nation grooving to the beats of popular acts like Ariana Grande, Fifth Harmony, DNCE, Hailee Steinfeld, Charlie Puth, Lukas Graham, and Justin Bieber, among a long list of other musical acts. Social media has been blowing up with snippets of the artists’ spectacular performances. Those who missed The Chainsmokers’ performance live at the iHeartRadio Jingle Ball Tour should not be disappointed! Fans caught the complete, pre-recorded, 90-minute special of the biggest holiday concert of the year, which aired on The CW at 8:00 p.m. EST last night (December 15). There will be a repeat telecast on December 26 for those who missed it. Keep reading to get all the exciting updates and pics of The Chainsmokers’ performance at the 2016 iHeartRadio Jingle Ball right here!

Get “Closer” to The Chainsmokers

If you’re a die-hard music lover who wants to catch all the action live and up close, The Chainsmokers’ tickets are still available as the tour concludes with a final stop in Florida on Sunday (December 18). Fans have gone into a frenzy after seeing their favorite stars set the stage on fire with spectacular performances. While the holiday concert is drawing to a close, there is still some time left to buy tickets to watch The Chainsmokers live in action at the Philips Arena in Atlanta, Georgia tonight (December 16). Power 96.’s Jingle Ball will feature performances by The Chainsmokers who will be accompanied by chart-topping artists like Meghan Trainor, Alessia Cara, are more . Click here to grab tickets for the tour which will be heading to Tampa, Florida tomorrow (December 17), before ending on Sunday (December 18). The Chainsmokers’ foot-tapping performances will definitely not let you down as they belt out their chart-topping hits like “Roses,” “Don’t Let Me Down,” and of course, their number one single “Closer.”

In case you missed the 2016 iHeartRadio Jingle Ball special last night (December 15), don’t worry, a repeat telecast will be airing on The CW on Monday, December 26 at 8:00 p.m. EST! 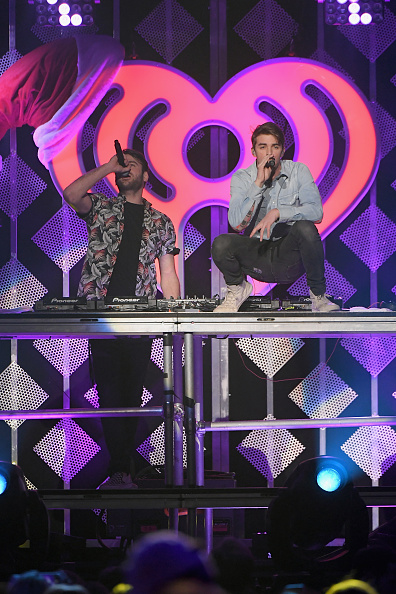