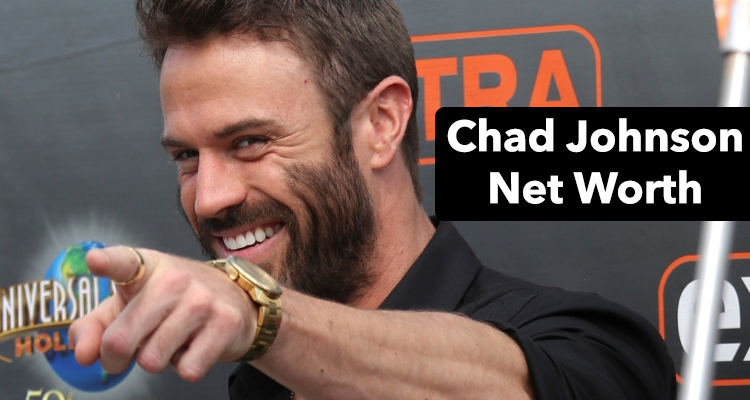 Brace yourselves for another Chad Johnson-related story, because it looks like The Bachelorette contestant is back! Who is Chad Johnson? If you haven’t heard of him, then we take it you’re not a fan of the Bachelor franchise. After making headlines about possibly getting his own TV show, fans have been looking for any information they can get on the Bachelorette “villain.” Well, we decided to set the record straight and answer any and all questions you might have, including information about Chad Johnson’s net worth, his reality TV career and even Chad Johnson’s Crossfit obsession. So, sit back, open a package of sandwich meat, and relax -Chad style.

Chad Johnson is a real estate agent in Tulsa, Oklahoma, specializing in luxury home sales. How much is Chad Johnson worth? According to online reports, Johnson is worth approximately $800,000, due to his profitable career as a luxury real estate agent. Now that his stints on Reality TV have ended, there is no doubt endorsements for cold cut style meats, protein power or maybe even “Got Milk” are certain to be in his future. (The image of Chad eating the yam is still burned into our minds.)

Johnson was a marine, prior to becoming a real estate agent and comes from a family of real estate professionals. Johnson’s parents were both real estate investors. Johnson used to sell cars before switching over to luxury homes and is associated with the brokerage firm Chinowith & Cohen Realtors, in Tulsa. (Sounds like Chad has the best bosses in the world to let him act the way he does on national TV!)

Johnson may look good on paper but it doesn’t translate in person. He made his debut this year on JoJo’s The Bachelorette and was an instant antagonist on the show. When he wasn’t loading up on protein or milk, he was threatening other cast members in the house and having violent outbursts. Is it any wonder JoJo sent him home?

The 28-year-old bad boy decided to try his luck again by appearing on this year’s Bachelor in Paradise but it didn’t go so well. He was thrown off the show in the first episode, but refused to leave until he was forcibly removed. He was a loose cannon from day one, and certainly proved to America what an ass he was, especially when he called one of the contestants (who was physically disabled) a “one-armed b***h!” Just ruthless.

But for those who love the dram that Johnson brings—you’ll be happy to know that he’s returning to reality TV, appearing on the post-Bachelor series, Ben and Lauren: Happily Ever After? It’s uncertain what role Johnson will play, but we do know that it will entertaining as hell.

For more information on the resident bad boy, just head over to Chad Johnson’s Instagram, where you will find photos of Chad Johnson’s crossfit obsession and other shirtless pictures, because what good is pumping iron and eating all those cold meats if you can’t show it off?

For more on Chad Johnson and his meat-head antics, click here!