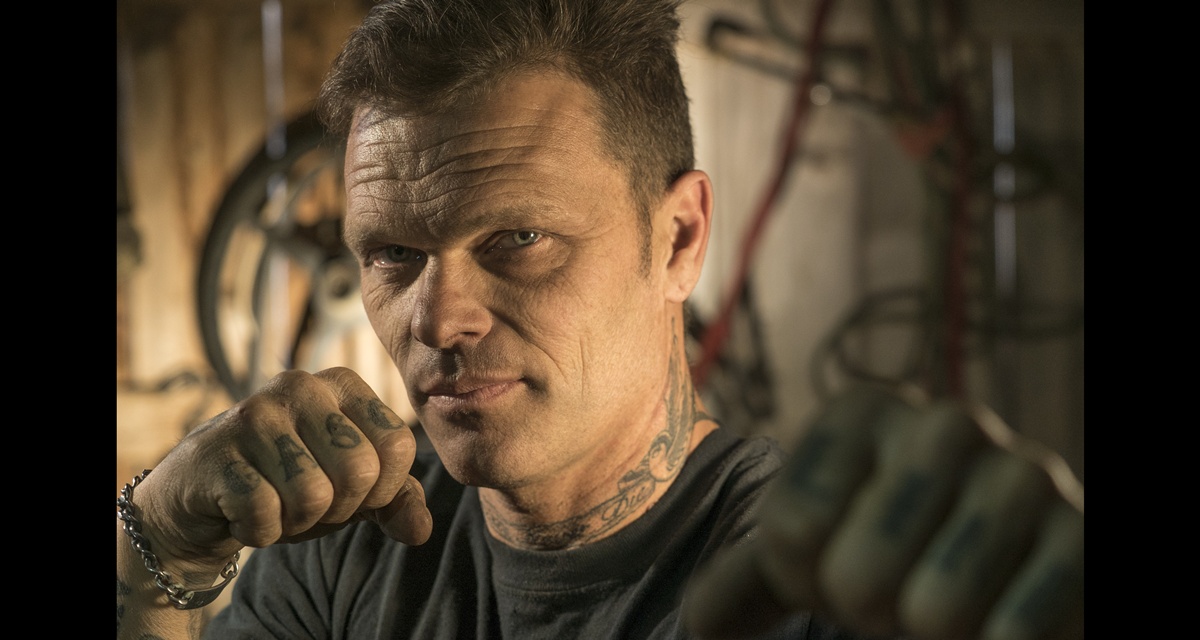 Chad Hiltz is the master car artist at Green Goblin Customs who is legendary for turning scrap vehicles into magnificent award-winning cars. And he’s bringing his car-transforming magic to the Discovery Channel on the first day of 2019. We’re serving up Chad Hiltz’s wiki to whet your appetites for Bad Chad Customs when it premieres on January 1, 2019.

The owner of Green Goblin Customs is well-known in the car-building community as “Bad Chad.” But he was born Chad Hiltz on August 31, 1971, and is 47 years old.

He was born to Patricia and Doug Hiltz in Kingsport, Nova Scotia. His father owned and operated a gas station under the old Canadian gas company White Rose in the ‘70s.

Chad’s interest in vintage cars was ignited while watching all the old cars drive in to his father’s gas station. His uncle’s 1956 Ford Crown Victoria was his favorite.

While his father owned a few old cars, his mother drove a ‘46 Dodge. At the age of 14, Chad was already driving his mother’s car to school. When he was 16, he convinced his father to sell a rare hockey card collection to buy a ’34 Ford three-window coupe. Chad and his father fixed the car so he could drive it.

He Was Fired from Several Jobs

Hiltz dropped out of school at the age of 16 when he became a father. He began working at a grain mill to support his new family. At the same time, he took an auto-body course at the local college.

But his shenanigans meant he drifted from one job to another. He was mostly fired from his jobs.

He left college when he got into trouble for fist-fighting. He then left his job at the mill and began working at a chicken processing plant.

He also remarried, but never stopped working on muscle cars during this time. He even customized his mother’s old Dodge.

Following the birth of a second child and another divorce, Hiltz finally decided to follow his passion and opened a shop on an oceanfront property in Kingsport. He was joined by a new love, Mandy Mosher. But the locals didn’t like the sound of his machinery running all night and all the car parts they believed ruined the view of the ocean.

After his youngest child was born 2004, Hiltz took his family and left Kingsport. At their new home in Canning, Nova Scotia, he built his new shop himself and customized cars unrestricted.

Bad Chad was mentored by legendary customizer, Gene Winfield. But by then, he had already built a reputation for himself with his crew at Green Goblin Customs.

Living in a rural town doesn’t allow much in the way of resources or big budgets for customizing cars. But Hiltz developed an artistry of being creative and resourceful with whatever he had.

He sources parts from boats, airplanes, or old lockers, if necessary. Two of his award-winning creations that made him famous on the car scene are the “Bat Out of Hell” and “Green Goblin.”

The Bat Out of Hell has doorknobs from kitchen cabinets. The somewhat eccentric Green Goblin is a Chrysler with its engine in the back, trunk in the middle, and no doors.

His custom work won three awards at the World of Wheels in Boston, and another four more at the Castrol Radical Speed Sport show in Moncton, New Brunswick, Canada. The Green Goblin won two of the awards in Boston.

You can check out more of his custom work on his Instagram. And we’re going to see even more of his one-of-a-kind customs on a budget on Bad Chad Customs. Joining him are his shop manager, Jolene MacIntyre; his son, Colton; his friend and builder, Aaron; and a mechanic, Alex.

He Has Three Children

When Hiltz was a 16-year-old in Kingsport, he became a father to a girl. He wouldn’t stay with his daughter’s mother for long, though.

He remarried at the age of 27 and his only son, Colton, was born on April 10, 1998. A year after his son was born, Hiltz divorced from his wife. 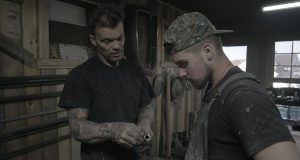 Growing up, Colton spent limited time with his father but shares his love for cars. Bad Chad Customs will also follow Colton and Chad’s relationship while the younger Hiltz works at Green Goblin Customs as an apprentice.

After his divorce, Hiltz met Mosher in 1999. Their daughter, Harlee, was born on August 15, 2004. Hiltz, Mosher, and their daughter, relocated from Kingsport to Canning where Chad threw himself into the car-customization business. From the looks of it, Harlee Hiltz is into boxing and won a local contest in 2017.

Hiltz and Mosher eventually split. He moved on to date a woman named Jolene MacIntyre.

He’s Engaged to His Shop Manager

Jolene MacIntyre works at Green Goblin Customs as a shop manager. She has been engaged to Bad Chad since August 12, 2017.

She graduated with a bachelor’s degree in commerce from Saint Mary’s University in Halifax. She’s a soccer player who played for the SMU Huskies.

Hiltz’s latest project is building a custom car for his fiancée. “I’m building Ralph Lauren’s $40-million Bugatti from scratch,” Hiltz said. They share the videos of the car’s progress on Facebook and Instagram along with other builds.

He Hosts an Annual Car Show

Hiltz hosts an annual event, Rockabilly Weekend, in the sprawling backyard of his shop. When Chad built his shop on the outskirts of Canning, he knew he had to use the expansive space in the back for a car show some day. So began the Rockabilly Weekend in 1998.

Car enthusiasts from all over the world travel to see his unique custom builds and bring their own hotrods to display. The Rockabilly weekend gets bigger every year with live music, dancing, tattoos, contests, and more that give the local economy a boost.