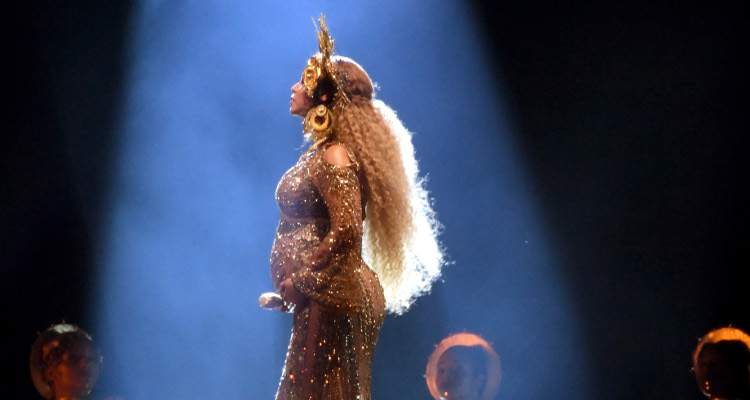 Jessie James Decker posted the most adorable baby bump on her Instagram, and fans are more than happy for the singer and her budding family. She captioned her selfie, “Excited to meet this little boy” and won the hearts of people everywhere! This reminded us of some of the past pregnancy photoshoots of our favorite celebs. Check out Decker’s pregnant photos and five other of our favorite celebrity pregnancy photoshoots!

Celebrities make the news even for the smallest things! So, something like a pregnancy is never going to go hidden (though it seems a certain Kardashian has managed just that). We have a list of five of the best and most memorable celebrity pregnancy photoshoots, right here. So, scroll down to see some of the most adorable new Mom’s of all time!

Fans were all about the Paper Magazine shoot, which featured Blac Chyna when she was expecting Dream Kardashian in November 2016. At the time, the model was engaged to Rob Kardashian, and was looking forward to a great life as a family.

Rowland opted for the powerful look—and she absolutely slayed it! The black and white picture was a huge hit, and it shows what a woman is truly capable of! She welcomed her baby boy, Titan in 2014.

We’re in love with Chrissy Teigen’s photo of her second baby! The kitchen countertop background gives fans a very comfy feeling, and the slab of meat in front of her has every mom in agreeance about the increase in appetite! Beautiful, strong, and hungry!

Most recently, Teigen and John Legend revealed they’re having a baby boy, but have stayed mum about their due date.

This pregnancy was probably the most anticipated, speculated, and celebrated one so far! The Kadashian sister kept her fans in the dark for most of her pregnancy, and after a boat load of rumors, she finally confirmed it!

Tristan Thompson and she released a very suave black and white photo wearing Calvin Klein, and the Internet broke. The couple is expecting their child in April 2018!

My greatest dream realized! We are having a baby! I had been waiting and wondering but God had a plan all along. He knew what He was doing. I simply had to trust in Him and be patient. I still at times can't believe that our love created life! Tristan, thank you for loving me the way that you do! Thank you for treating me like a Queen! Thank you for making me feel beautiful at all stages! Tristan, most of all, Thank you for making me a MOMMY!!! You have made this experience even more magical than I could have envisioned! I will never forget how wonderful you've been to me during this time! Thank you for making me so happy my love! Thank you to everyone for the love and positive vibes! I know we've been keeping this quiet but we wanted to enjoy this between our family and close friends as long as we could privately. To enjoy our first precious moments just us ❤️ Thank you all for understanding. I am so thankful, excited, nervous, eager, overjoyed and scared all in one! But it's the best bundle of feelings I've ever felt in my life! ❤️❤️❤️

We don’t think there is anyone who would disagree with Queen B being number one on this list! The songstress blew everyone’s minds away with her extravagant pregnancy photoshoot and the revelation that she’d be having more than one!

Queen Bey announced they were having twins, and the photos were nothing less than a double celebration! Sir and Rumi came into the world in 2017, and fans couldn’t help but drool all over the pictures of their welcome, too!

We would like to share our love and happiness. We have been blessed two times over. We are incredibly grateful that our family will be growing by two, and we thank you for your well wishes. – The Carters

But there’s no denying one woman looks absolutely adorable donning a growing belly—and that’s Jessie James Decker! She documented her pregnancy journey via Instagram and fans can’t get enough!

Check out some adorable baby bump pictures of Jessie James Decker throughout her pregnancy stages:

Starting week 28! Can someone please tell me why I look 38 weeks pregnant?? Side note (can’t believe my baby sister @sydneyraeface had baby Brookie at this point in her pregnancy. Makes me so proud and even more amazed at what a strong woman my sister is and how brave she was for her sweet preemie baby girl. God chose her to be Brookies mama for a reason. God bless those mamas who had their babies this early ?? I have a soft spot in my heart for those families even more now.

Adore this man❤️ congrats to Blake and Mary on your stunning wedding. We love you!

30 weeks today!! So excited to meet this little boy. My belly is so low this time and sleeping is getting very uncomfortable. I have to pee every 30 minutes no joke!! Viv asks me everyday when she gets to finally hold him as she puts her little hands out like she’s rocking a baby. Bubby is not shy about letting us know he’s still the baby right now lol #30weeks #babyboy #babyDecker