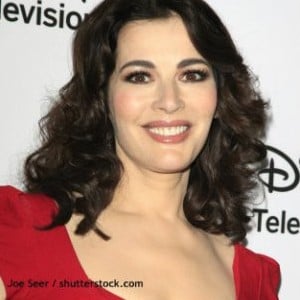 Celebrity chef Nigella Lawson, 53, is making headlines, but not for her cooking. Her older husband, 70-year-old Charles Saatchi, is in hot water after a British tabloid published photos of him choking Lawson in public. The images were said to be taken on June 9 while the couple was embroiled in a heated argument at a restaurant in London, England.

Saatchi has admitted to putting his hands around her neck, but claimed that it wasn’t as serious as the images made it look. “We were sitting outside a restaurant having an intense debate about the children and I held Nigella’s neck repeatedly while attempting to emphasize my point,” Saatchi told reporters. “There was no grip, it was a playful tiff.” He also added that they had “made up” by the time they reached home.

While the images don’t look playful, Lawson never filed a formal complaint with police and has not spoken publicly about the incident. But in an attempt to soften the blow, Saatchi voluntarily went to the police station for questioning and accepted a formal caution for assault.

Lawson’s spokesperson confirmed that she and her children have since left their home. However, Saatchi maintains that he’s the one that told her to take the kids and leave, just until things settle down.

What do you think about Saatchi’s claims—is it possible that he’s telling the truth about it being playful, or is he just making an excuse to try and cover up his abusive behavior? Did you think he got off too easy?