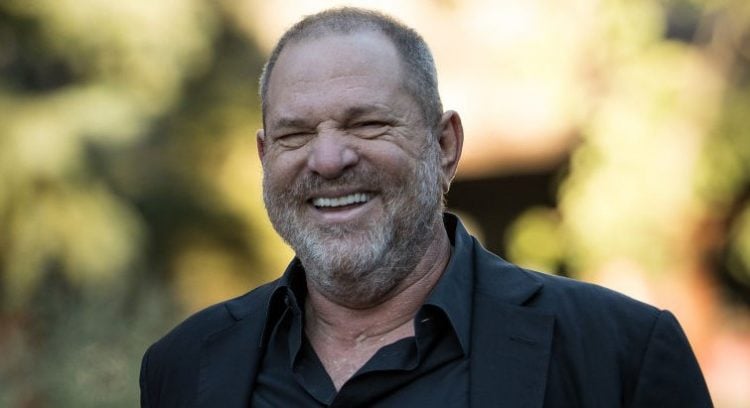 There have been no shortages of victims coming out with their sexual assault claims and the list seems to be never-ending. Some of Hollywood’s heavyweights have been accused of sexual misconduct and have either lost their jobs, their reputations, or both. What started with a scandal focused on movie mogul Harvey Weinstein, ended up being a ripple affect that revealed how unsafe Hollywood has been this whole time, for both men and women of any age.

He was once considered the most powerful man in Hollywood but is now arguably America’s most wanted. The sexual assault alliterations were released in an exposé that revealed at least 30 women were somehow harassed by the now-disgraced media mogul.

The House of Cards actor was once respected by fans, but that respect was stripped away once he apologized for groping then 14-year-old actor, Anthony Rapp. He also took the opportunity to come out as a gay man in his apology, which many in and out of the LGBT were not impressed with. Like Weinstein, he’s seeking treatment, but House of Cards has cut all ties with him. Adding insult to injury, other male victims have now spoken against him.

The Gossip Girl star was accused of raping Kristina Cohen in her home, some years back. The English actor has denied the claims but an investigation is currently ongoing. Now, a second accuser has come forward also alleging that Westwick raped her, but he maintains there is no truth to either claim.

The veteran actor, producer, and martial artist was accused of sexually harassing actresses Portia de Rossi and Julian Margulies in the past. Both actresses have recently come forward with their claims and as of today, Jenny McCarthy has also weighed in with an experience she had with him while auditioning for him for a role. McCarthy alleged that Seagal was adamant on having her remove her clothes “for the role,” so he could see what he body/breasts looked like, even though her agent assured her there were no nude scenes.

Dick normally keeps a low profile but his name was making headlines when it became public that he licked and groped people on set. While he denied groping people anymore, he did admit that he still licks people saying “it’s my thing.”

Fellow cast member of NETFLIX’s LOVE, the great Bobby Lee, was on DïCKcast yesterday. It’s my new podcast. I’ve recorded about ten of them. None of them have dropped yet. But you can see remnants of yesterday’s with Mr. Lee on my Instagram live or Periscope. Bobby was so articulate, cool, gracious, interesting, and of course funny as hell, and REAL. I really look up to this guy. If you listen to that podcast, you’ll see why. We all should emulate the way he does this thing called “life.“ Love you, Bobby, and congrats on being great! Look for his new shows (plural) on ABC and VICELAND (with James Van Der Beek.) @bobbyleelive @rosalina____ @capitalcityinc @juddapatow @feralaudio @itunespodcasts @vanderjames @abcnetwork @vice @viceland #podcast #DïCK #dickcast #comedy #sober (contact @rosalina____ to be a guest or other inquiries)

The Entourage alum was accused of grabbing Ariane Bellamar in his trailer on set and sexually assaulting her. He has since denied these claims, but an investigation by the studio that sponsors his new show (Wisdom of the Crowd) is ongoing.

I actually need these to see! Available NOW @priverevaux

The Prison Break alum has been accused of raping costume designer, Susan Bertram on a movie set in 1991. She detailed the disturbing attack alleging that he “grabbed her crotch as hard as he could” and told her “I’m going to f**k your brains out.” He has denied the allegations, although her former assistant supports her claim.

The Justice League star was actually caught on tape grabbing Hilarie Burton‘s breast when she was just 19 years old. Before starring on One Tree Hill, the actress was a co-host on MTV’s TRL (Total Request Live). Affleck has since apologized and said that he wants to be part of the solution from now on.

The Two and a Half Men alum was accused of sexual assault towards the late Corey Haim. The two co-starred in the 1980s movie, Lucas and it is alleged that Sheen raped Haim during this time. Sheen has denied the claims but unfortunately, Corey Haim, the only one who could confirm this happened, died in 2010.

At least six women have spoken out against the director and many in Hollywood have criticized him for his alleged behavior. Ratner has since announced that he was removing himself from all activities with Warner Brothers. In a statement, Ratner said that he “vehemently denies the outrageous derogatory allegations” and is “confident that his name will be cleared once the current media frenzy dies down and people can objectively evaluate the nature of these claims.”