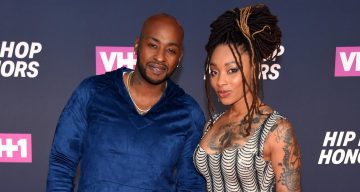 Black Ink Crew returned with season 7, and along with it came an bigger empire. Ceaser Emanuel, age 39, is the mogul who built this franchise, and now he’s expanding his Harlem-based empire with a fourth shop in New Orleans. The Boss Man and his team are drumming up new drama this season and our Ceaser Emanuel wiki traces the Black Ink boss’ rise to the top.

Who Is Ceaser Emanuel?

Ceaser Emanuel, whose real name is David Emanuel, was born on June 5, 1979 in The Bronx, but he spent his entire childhood in New York City.

While he claims that he’s a New Yorker through and through, Ceaser Emanuel is Jamaican and gets his tenacity from his mother.

Ceaser’s mother was a model from Jamaica. In a recent interview, he explained that she immigrated to the U.S. on a work visa to make a better life.

When she returned to Jamaica, Ceaser’s mother found out she was pregnant with him. The tattoo artist said that his mother made sure he got U.S. citizenship.

Ceaser’s father wasn’t around much and had passed away of AIDS when he was young. His mother largely raised Ceaser and his siblings as a single mother. But Ceaser says he was lucky enough to have two fathers, as his mother later married a man named Kenneth Simpson who was a great father figure for him.

His mom has been his role model all his life. An ambitious woman, Ceaser said she successfully opened a hair salon with no knowledge about hair styling.

He Quit His Job and Started Tattooing

Ceaser aspired to be a successful business owner like his mother, but it took a while to get there. He had a fascination for body ink and by the time he turned 18, he was “all tatted up,” covering his arms and other parts.

It’s no secret that Ceaser is an amazing artist, but he was actually teased a lot as a kid for drawing. While the experience made him tougher, it discouraged Ceaser from turning his art into a career.

Looking To Do Something Different And Fun?? Think You Have What It Takes??Host A Tattoo Party at the famous @blackink113th !! Select From One Of The Packages Above And Email Your Selection To [email protected] #blackink #blackinkcrew #blackink113th #tattooparty

Ceaser was still hustling on the streets when he became a dad. He wanted to be a good father figure for his daughter, so he left the street life behind and went back to school.

He has a Bachelor’s degree in visual communication, including courses in graphic design. He initially worked as an art director and graphic designer but wasn’t satisfied.

Seeing his friend make a lot of money inking people reignited Ceaser’s artistic ambitions. He would come up with art for clients who would then get a tattoo artist to recreate Ceaser’s drawing on their body.

Whoever recreated Ceaser’s artwork on people would teach him everything about tattooing. And then he was tattooing professionally in just three short months!

Ceaser quit his job and started working at a tattoo shop. But he wasn’t just satisfied doing gang-related tattoos; he wanted to make a mark in the tattoo industry.

That led to the start of Black Ink Tattoo Studio.

When Black Ink was first set up, it was his friend who began working there. Ceaser saw that his former colleague was not only doing major artwork, but he was also tattooing some famous people, too.

Ceaser then joined the Black Ink Tattoo Studio and stayed there, even as the other artists left for bigger opportunities. With only Ceaser and Black Ink’s original owner left, the shop started anew. They hired new artists and began growing.

Ceaser then appeared in a show with rapper Cory Gunz and he caught the attention of TV producers. After much persuasion, Ceaser agreed to star in VH1’s new show, Black Ink Crew.

It wasn’t easy because Ceaser’s boss had lost the money they got from signing up for the show. When Black Ink Crew first premiered in 2013, Ceaser and his artists were facing eviction!

With the help of his crew, Ceaser took over the shop in 2011 and salvaged Black Ink and made it into a legitimate business. His sister, Tiffany Winter, also worked in the shop during season 2.

The show follows Ceaser’s relationship with his employees, both past and present, as he expands Black Ink. And if you think you’ve seen him before, he’s actually appeared in Love & Hip Hop: Atlanta since season one!

Well, he’s certainly come a long way! Ceaser made Black Ink into a lifestyle brand with a clothing line and a magazine. He is now in the process of setting up the fourth studio in New Orleans this year.

Although he was broke before he started his tattoo shop and appearing on Black Ink Crew, Ceaser Emanuel’s net worth is now estimated at $2.5 million, according to sources.

On the show, Ceaser was seen having relationships with Dutchess Latimore and Karlie Redd. They didn’t work out, and both women left Black Ink and the show.

Ceaser’s love life has been tumultuous, but he’s a doting dad to his 13-year-old daughter, Cheyenne. You might remember her mama Crystal, who got into a heated argument with Ceaser on camera over unpaid child support. They made amends, however, and are more civil with each other for Cheyenne’s sake.

The teen has made a handful of appearances on Black Ink Crew, but her most memorable appearance was when she spoke about getting bullied.

Cheyenne’s peers allegedly gave her flak for her weight. Ceaser, having experienced the same when he was a teen, wanted to give her advice on how to cope. However, Crystal and many Black Ink Crew viewers didn’t approve of Ceaser advising her to beat up her bullies.

Cheyenne is a smart girl who laughed off her dad’s advice but was encouraged to embrace her body thanks to him. She adores her dad and proudly declares she’s Ceaser’s daughter on her Instagram account.

The WAIT IS OVER !!! September 19 …WE ARE BACK #blackinkcrew

Now, Ceaser Emanuel is getting the New Orleans studio off the ground with the help of his crew on Black Ink Crew season 7. So, don’t miss the action and be sure to watch the show on Wednesdays at 9:00 p.m. EST on VH1.