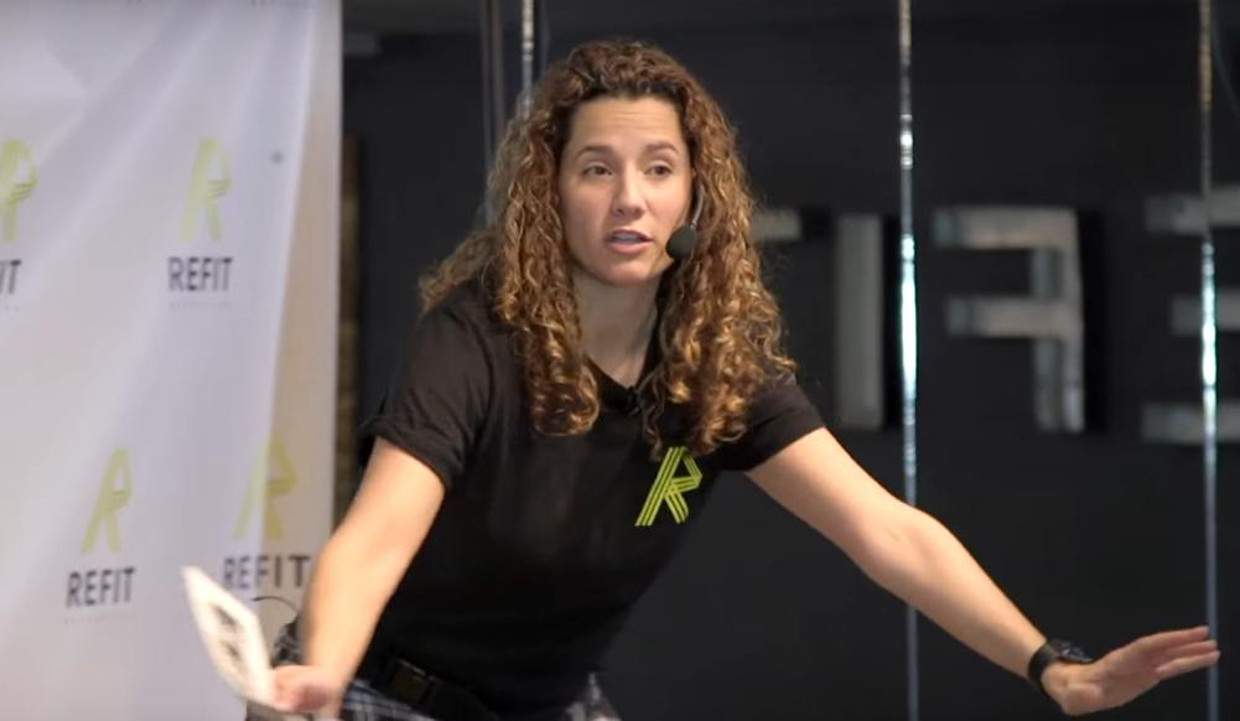 Fitness expert and co-founder of REFIT Revolution, Catherine Ballas, appeared on the show Fixer Upper last week. Ballas got her apartment renovated by Chip and Joanna Gaines, and needless to say, she loves it! After tuning in to the episode, people are now curious about Catherine Ballas and would love to know more about her.

With the help of her YouTube videos and live classes, Catherine Ballas will entice you to get off your couch and start working out!

In last week’s episode of Fixer Upper, Chip and Joanna Gaines renovated their first-ever apartment for their friend and businesswoman, Catherine Ballas.

Joanna Gaines had a lot of fun renovating the space. In fact, she took to social media and said that she could even get used to loft living!

The apartment Ballas chose was in the same building she was living in. Her space was renovated quite beautifully, and Ballas was pleased with the transformation.

Ballas has made quite a name for herself in the fitness industry. So, keep reading if you want to know more about her, as we have details from Catherine Ballas’ wiki.

Also Read: Are Chip and Joanna Gaines Expecting a Child? “Fixer Upper” Stars Ready for a Party of Seven

Catherine Ballas Is the CEO of REFIT Revolution

Catherine Ballas lives in Waco, Texas. She is the co-founder and CEO of REFIT Revolution.

Ballas completed her high school education at Memorial High School in 2002. She graduated from Baylor University, where she was a part of Pi Beta Phi, with a Bachelor of Arts in Film and Digital Media in 2006.

In April 2006, Ballas worked as a director of video production at Antioch Community Church. She worked there for almost six years, and her work included directing, filming, and editing weekly sermon illustrations. She also edited promotional videos for the church.

Also Read: Chip and Joanna Gaines’ Net Worth 2018: Redesigning Houses & Making a Fortune Along the Way!

Ballas is a REFIT instructor. She started the company in 2009 with Angela Beeler and Emily Field when they were taking fitness classes at a local church.

The company’s mission and vision statement reads, “We believe that the heart is more than a muscle. That a person is more than a body. That relationships are as important as results. We believe fitness isn’t just for the fit…it’s for the willing.”

Ballas is usually found wearing sweatpants and high tops. Her favorite power snack is bananas and peanut butter. Her current favorite song is “Finesse” (Remix) by Bruno Mars and Cardi B.

The fitness expert’s main aim is to encourage people to live life to their fullest potential. And she sometimes tries to do this by impersonating Michael Jackson!

Yes! Catherine Ballas is Mark Ballas’ cousin. If you don’t remember him, he is a professional dancer on ABC’s hit show, Dancing with the Stars and he’s a choreographer, too.

In season 25 of Dancing with the Stars, Mark Ballas was paired with violinist Lindsey Stirling.

Well then, it comes as no surprise that dancing and fitness runs in the Ballas family!

Catherine Ballas is following her passion and is helping others to become fitter through her REFIT Revolution. And now, thanks to Fixer Upper, she has a beautifully renovated loft to do it all in!