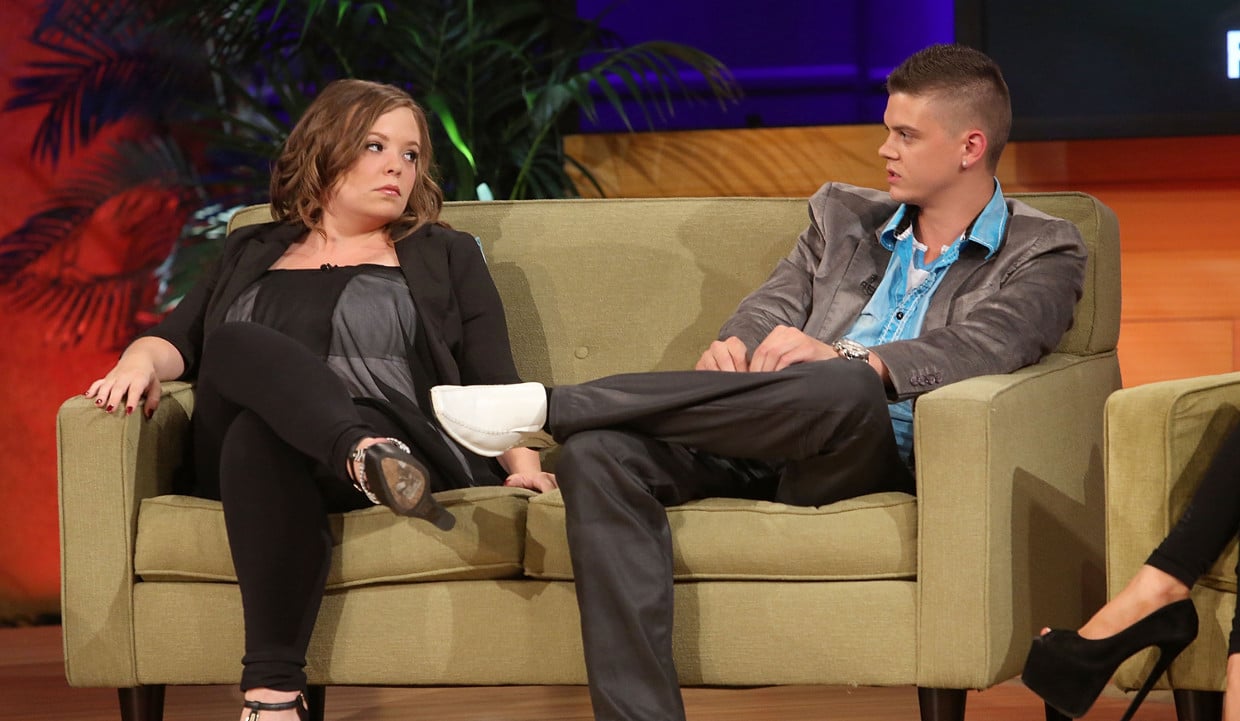 The relationship between Teen Mom OG stars, Catelynn and Tyler Baltierra is unbalanced and unpredictable, but exciting nonetheless. Now, Catelynn is going back to rehab to sort out some of her childhood issues as Tyler learns the meaning of parental responsibility while taking care of their daughter, Novalee Reign. But are Catelynn and Tyler still together? Keep reading to find out!

The tumultuous relationship between Catelynn Baltierra and her husband, Tyler, shows no sign of abating. High drama and emotions continue to create problems for both of them.

Peoples’ hearts went out to Catelynn on this season’s Teen Mom OG as they saw her struggle with her mental health issues.

Catelynn tried to overcome her anxiety and depression by checking into a rehab program after she had a miscarriage. And her family and friends gave her unconditional support.

But now, many are wondering whether Catelynn and Tyler are still together or have gone their separate ways.

To Tell or Not to Tell?

Catelynn was in a tough spot as she had to go back to rehab to get her medication readjusted. She was afraid to tell Tyler about it, as she thought that he would divorce her after finding out.

The reality star was sure that her husband would file for divorce if she went to rehab.

Speaking Her Heart Out

In the end, Catelynn decides to tell Tyler about her decision, even though she was pretty sure that he would be upset about it.

Catelynn said, “It’s super hard for me to tell you this thing so just keep an open mind. I started to have really bad anxiety in the mornings. I guess I’ve just been hiding it or I’ll take like a half of Ativan just to make it through the first half of the day. I just feel like I’m letting people down for some reason.”

Tyler was moved and told Catelynn that she shouldn’t feel that way. He also said that she wasn’t letting anybody down just because she was suffering from mental health issues, even after she had just completed a rehab program.

Then Tyler began to feel guilty, thinking that his wife’s anxiety had something to do with him. But Catelynn assured him that it was not.

Catelynn explained that her issues stemmed from her childhood and she had undergone traumatic experiences. She recalled watching her mother drink and not be there for her when she was eight. That, and the fact that her father left when she was 12 years old.

So, are Teen Mom OG stars Catelynn and Tyler still together?

It’s difficult to say. While the reality stars have expressed care and love for each other recently, both have been apart for some time now.

Catelynn was in rehab and Tyler was taking care of their daughter, Novalee Reign, who is just three years old. The have another child named Carly Davis, whom they put up for adoption earlier.

Issues Need to Be Worked Out

Previously, Tyler made up his mind to divorce Catelynn in 2017 and again in early 2018. But they are still legally man and wife, according to sources.

Now, Catelynn is going for another stint in rehab to work out her issues while Tyler has to provide for and take care of Novalee Reign.

Something tells us that this isn’t the last we’ll hear about Catelynn and Tyler Baltierra’s relationship. Only time will tell if the couple will be able to work things out.