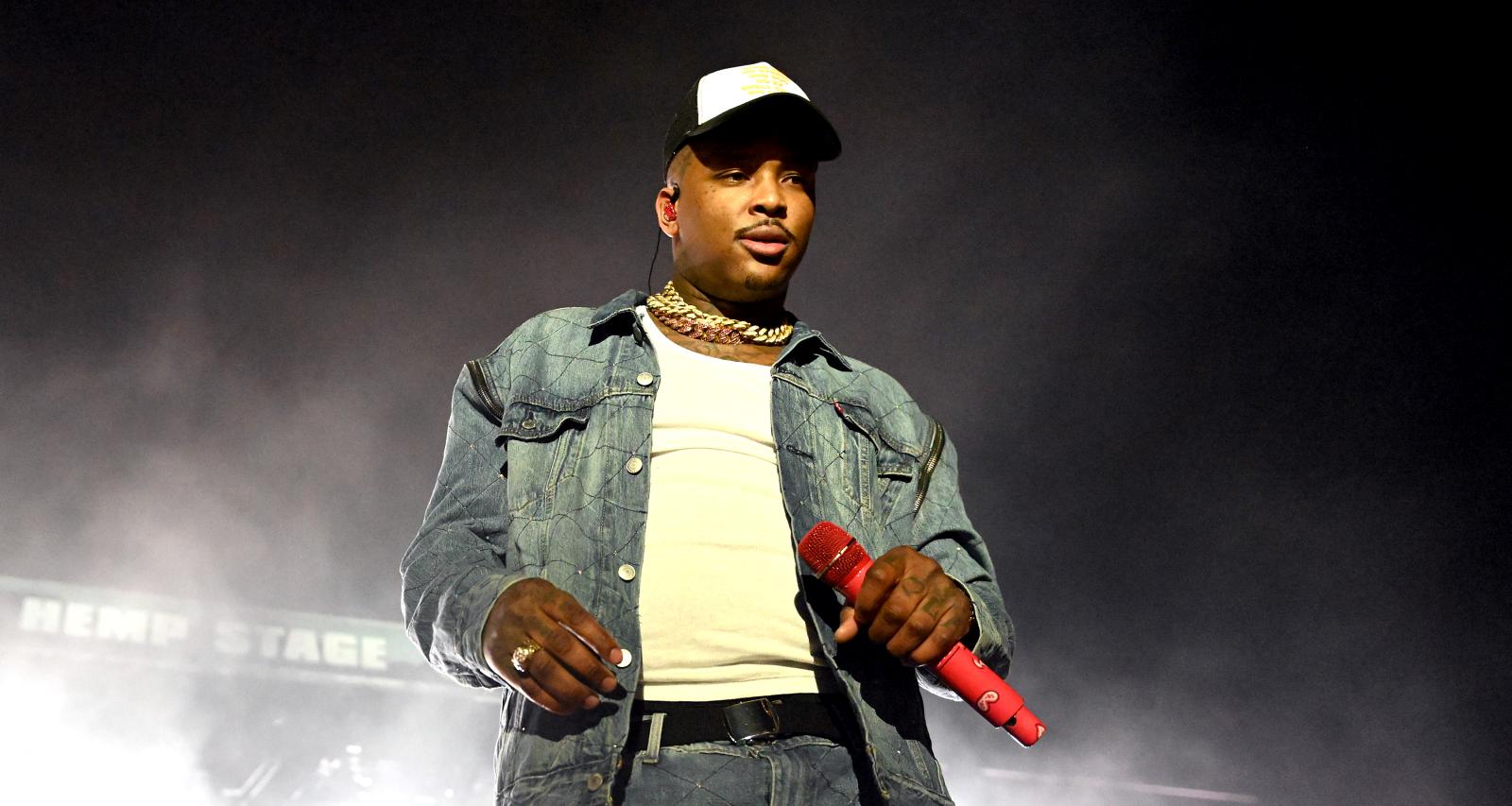 Rapper YG made his on-and-off relationship with his girlfriend and baby mama, Catelyn Sparks, official in the most eye-catching way. The couple posted a bold and explicit photoshoot on social media that has managed to go viral on the Internet. The “Big Bank” rapper’s relationship timeline has always intrigued his fans, especially with cheating allegations following him for most of his public life. This viral moment has many asking who Catelyn Sparks is and about her history with YG, both of which we reveal here.

Keenon Jackson, better known as YG, has had an off-again, on-again relationship with Catelyn Sparks, though it’s unclear when they first began dating. The pair welcomed their first child together, a daughter named Harmony, on May 24, 2015.

YG released his debut studio album the year before and his personal life was relatively unknown to his growing legion of fans. At the peak of his success, he announced that he and Sparks had welcomed their second daughter, Vibe Jackson, who was born on July 8, 2019.

However, they apparently broke up shortly after, and YG began dating collaborator Kehlani that same year. Fans found the timeline of his relationship with Kehlani sketchy, but sources close to the artists claimed that YG and Sparks had broken up before he began dating the Grammy-nominated singer. They also claimed that YG financially provided for Sparks and their daughters.

Kehlani announced that she and YG had broken up after a few short months of their whirlwind relationship. She cited infidelity on YG’s part as the reason for the breakup.

YG apparently wasted no time reconciling with Catelyn Sparks. He posted about Sparks on social media in mid-2020, fueling rumors that they were back together. Now the couple has made it social media official with a risqué photoshoot that has gone viral.

Catelyn Sparks was born on March 20, 1990, and hails from Simi Valley, California. Details about her early life and family remain obscure.

Amber Rose’s BFF also manages a separate Instagram page for her daughters. The sponsored posts on that page earn around $100.00 per post.

Sparks also has a new but inactive YouTube channel. She seems to have a clothing line, GRLS NGHT OUT, in the works but hasn’t revealed details about the same.