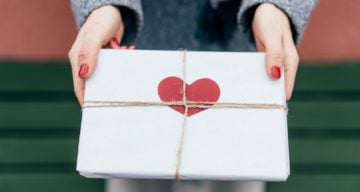 When it comes to love triangles, Lifetime doesn’t do conventional. Lethal Love Triangle premieres on Sunday, August 8, at 8:00 p.m. EST, with a gripping new story. The thriller revolves around a charming yet deadly ex-con who lures in a criminology student while her friend tries to get to the bottom of his mystery. Don’t miss this enigmatic romantic thriller to find out how it pans out. To get you excited for the latest weekend entertainment from Lifetime, we have the cast and plot of Lethal Love Triangle right here.

The protagonists of this love triangle drama are Erin, Julia, and Cole. The contentious one is Cole, an ex-con.

Erin and Julia are college students who partner for a criminology class. They are tasked with creating a criminal profile, and the subject is none other than Cole.

Cole proclaims his innocence, insisting that he was framed for a crime he didn’t commit. Julia is skeptical, but Erin is drawn in by his charms.

Their professor, Dr. Stone, seems to know who Cole is, or at least what he did. She cautions them to keep their distance from him, and it only confirms what Julia fears.

However, Erin disregards all the red flags and gets together with Cole when he’s released from prison. As any Lifetime movie addict would predict, Erin goes missing soon after.

The rest of the story revolves around Julia’s hunt for Erin and unraveling the mystery behind Cole’s façade. Will she succeed in saving her friend? Watch a Lethal Love Triangle to find out.

Savvy Shay is best recognizable as one half of the country-pop duo, Savvy & Mandy. Born Savannah Shay Burhoe, she formed a band with her sister Amanda, and together they were Radio Disney stars.

Both Savvy and Mandy started out as child actors and models. Savvy has had appearances on SIXERS and Sketchy.

Texas native Taylor Jabara (also known as Taylor Stammen) has appeared in the films Austin High and Kids vs Monsters in the past. But her claim to fame was playing a young Angelina Jolie in an episode of The Price of Fame.