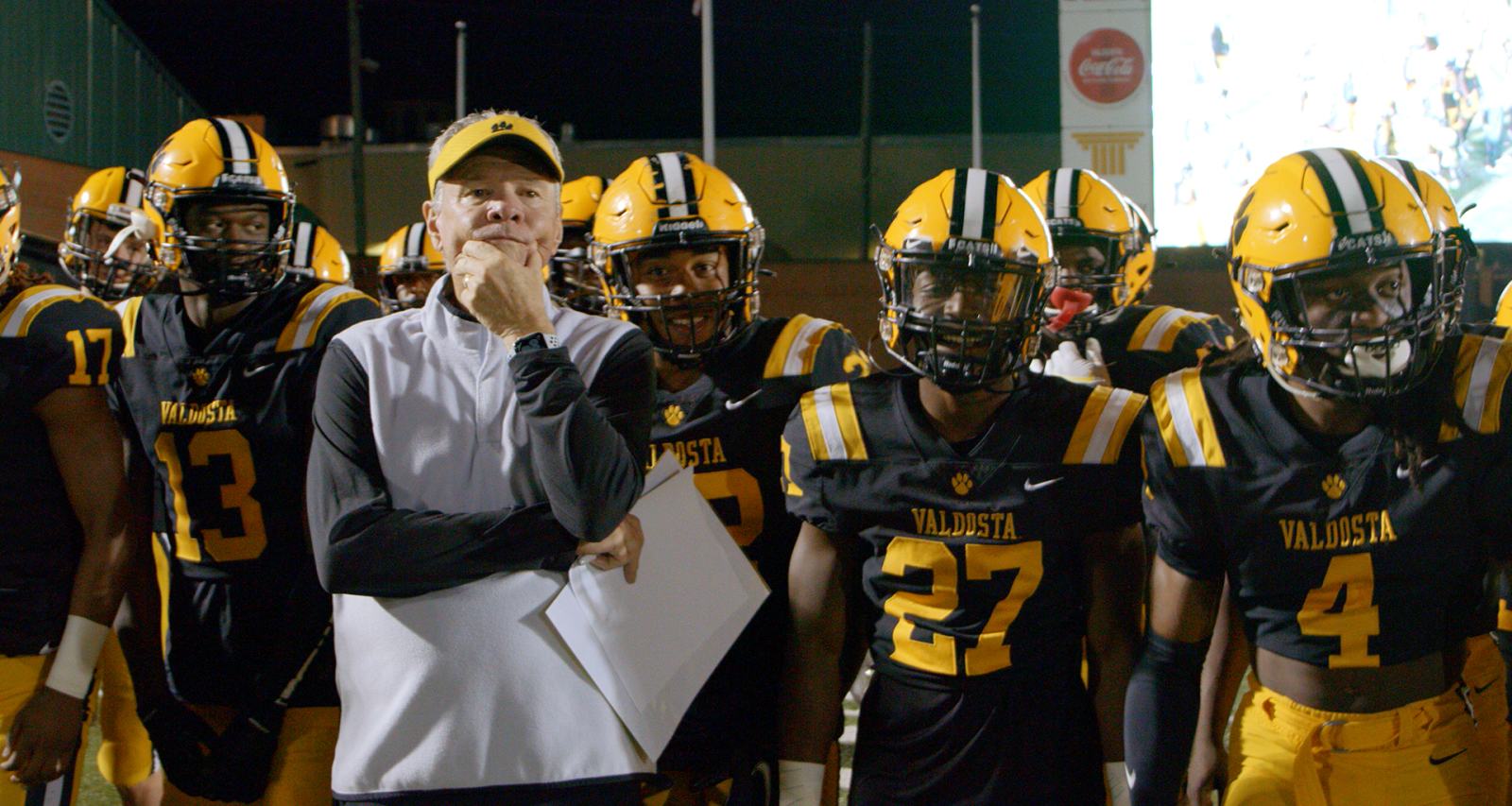 Football-loving Georgia’s Valdosta High School, under controversial coach Rush Propst, features on Netflix’s newest show in the Last Chance U-esque genre, Titletown High. Premiering on August 27, the show follows the Wildcats football team and cheerleaders as they navigate personal drama, romance, and rivalries to win. Six footballers form the core team, and of course, fans want to know if these athletes remain at Valdosta or head off to college. Be warned: spoilers ahead as we reveal where the Valdosta High footballers from Titletown High are now.

Jake Garcia, a quarterback from California, played at Long Beach Poly, Narbonne, and La Habra in the Golden State. He transferred to Valdosta High School in Georgia to play for the 2020 season. Garcia lived in Georgia with his dad, Randy, while his mom stayed behind in California.

After playing with the Wildcats under coach Rush Propst in 2020, Garcia withdrew from Valdosta amid the school’s contentious battle with the Georgia High School Association. He finished up his senior year at Grayson High School in Loganville.

Jacarrius Peak to Stay at Valdosta through 2022

The Wildcats’ starting right guard’s social media indicates he will stay at Valdosta High School. Jacarrius Peak will graduate in 2022. It’s unknown if he is fielding offers from Division I programs.

Before Aalah Brown graduated in 2021, he had been fielding offers from Oregon, West Virginia, Georgia Tech, and Ole Miss. Valdosta’s wide receiver committed to Jackson State University, where he is currently a freshman.

A quarterback with a 4.0 GPA, Amari Jones decided to transfer out of Valdosta after the 2020 season. He is now in Florida, where he plays for Bradford High School and is expected to graduate in 2022.

Grayson Leavy to Stay at Valdosta to 2023

Grayson Leavy is a multi-sport athlete, playing soccer and wrestling besides football. He remains at Valdosta, and is expected to graduate in 2023.

The wide receiver for the Wildcats fielded offers from Akron, Cincinnati, and East Carolina. Many predicted he’d go for the East Carolina Pirates, but instead, he signed with Middle Tennessee State.