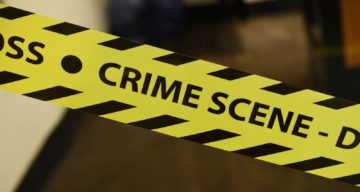 Lifetime’s latest true-crime offering dramatizes the survival story of Illinois native Ashley Reeves in the “Summer of Secrets” movie series. The then-teen girl’s ordeal in 2006 is retold in Left for Dead: The Ashley Reeves Story, premiering on June 12, at 8:00 p.m. EST. Reeves was strangled and left for dead by a teacher before being found alive at a crucial time when her family and authorities rushed to save her. To give a teaser of how Lifetime is retelling this case, we reveal the cast and plot of Left for Dead: The Ashley Reeves Story here.

Plot of Left for Dead: The Ashley Reeves Story

Perhaps younger audiences might not remember, but Ashley Reeves’ ordeal had the whole country gripped. Even more so when kidnapping survivor Elizabeth Smart brought attention to Reeves’ own survivor story.

The incident went down in 2006 in Illinois. Ashley Reeves was a 17-year-old girl living in Millstadt with her parents, including mom Michelle Reeves, and sister Casey Reeves.

On April 27, Ashley was supposed to go to a job interview and then play basketball, but misses her curfew. Her family didn’t waste time approaching the police when they couldn’t reach Ashley on the phone.

The police didn’t see it is as a missing persons case until they found the car Ashley borrowed from her boyfriend, abandoned not far from her family home.

During this time, Michelle made a move. Since Ashley was a minor, her phone was registered to her mother. Michelle called the phone company and got Ashley’s phone records.

The cops wore him down until he revealed he had an altercation with Ashley when she disappeared. He strangled her several times and left her for dead in the woods.

A search team there led detectives to find Ashley lying on the ground. They assumed she was dead until they saw her move slightly and that she was breathing. Medics immediately tended to her and she was given immediate medical attention.

Ashley survived strangulation and lying exposed to the elements for hours. She has faint memory of the assault and had to learn to talk, eat, and drink again.

She graduated high school and became an advocate for violence prevention. She is now married with two kids.

Shelton took a plea deal and was sentenced to 20 years to prison. Reeves’ family accepted the deal to avoid the mental pain Ashley would go through by reliving the incident in court.

Cast of Left for Dead: The Ashley Reeves Story

Anwen O’Driscoll was born on July 4, 1999 in Canada. Among the many roles she is credited for, this young actress is best known as Taylor Matheson in Burden of Truth.

O’Driscoll will bring to life the resilience and strength Ashley Reeves showed in real life. She was worried about making Ashley’s character when she’s paralyzed and unable to speak after the attack a caricature. So she worked with an occupational therapist, a vocal coach, and physical therapist to get the portrayal right.

Beverly Hills 90210 star Jennie Garth portrays Michelle Reeves, the mother of Ashley and Casey Reeves. Michelle had access to Ashley’s phone records and it helped her notice several calls to and from a certain number the day Ashley disappeared.

The number Michelle provided led detectives to Samson Shelton, Ashley’s attacker. Michelle also protected Ashley from the trauma that could be dredged up in Shelton’s trial.