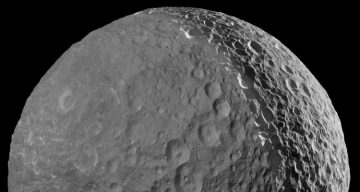 What is Cassini? If you’ve been wondering what today’s Cassini Google doodle is about, then you came to the right place! To get more information on the Cassini spacecraft, have a look at our Cassini wiki and we’ll explain all the details for you, right here.

While millions of people are spending time on celebrity news and the comings and goings of Hollywood, it’s easy to forget that there’s a whole universe that exists outside of our own! With so many movies about space, it can be common to wonder what else is up there and what else has yet to be found. Astronomers used to study the skies and look at the stars, but now we’ve settled for different kinds of stars, the kinds of stars you see in movies, TV, and on red carpets.

What is Cassini? When Was Cassini Launched?

In 1997, the Cassini Huygens mission began and the unmanned vessel has been on its course for 20 years now. The Cassini launch date was October 15, 1997 and since it left Earth’s atmosphere, it has been orbiting Saturn with the sole purpose of gathering information and transmitting it back to Earth.

Cassini was named after the 17th Century astronomer, Giovanni Casssini and the spacecraft was launched from Cape Canaveral. The mission was a collaboration between NASA and the European Space Agency. Cassini and the Huygens lander (spacecraft) was destined to touch down on Saturn’s moon, Titan, and took seven years to make the trip. Once it arrived, it made some interesting discoveries, unknown to astronomers before.

Where is Cassini Now?

Why Google’s Doodle is Beautiful and Tragic

On approximately September 15, 2017, Cassini’s lengthy mission will come to an end, fulfilling it’s duty after 20 years. As it enters Saturn’s atmosphere, it will burn up on entry and eventually explode, putting an end to any other impressive discoveries.

“The spacecraft is now on a ballistic path,” Earl Maize, a Cassini project manager said in a press statement, meaning that the spacecraft’s path is shaped mostly by gravity, not by thrusters. “Even if we were to forgo future small course adjustments using thrusters, we would still enter Saturn’s atmosphere on Sept. 15 no matter what.”

The combustion of the spacecraft is also to ensure that Cassini doesn’t plant life on Saturn anywhere, which could upset anything already existing on the planet. This could also get in the way of discovering if there is other life forms living on Saturn that scientists are unaware of, so far. The mission’s end is a sad one for Cassini astronomers, but so far it has been a job well done.