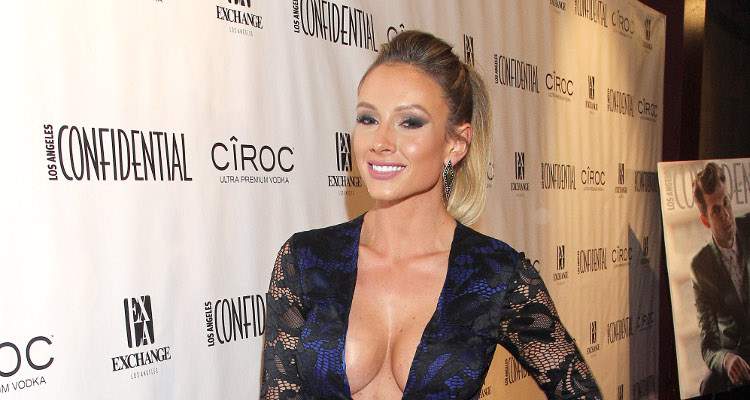 Casper Smart’s girlfriend, Paige Hathaway, had a troubled childhood. But she worked hard to put herself through college and graduated with a degree in sports medicine. She is also an entrepreneur, model, and blogger. With a healthy net worth of $5.5 million and a mind full of plans for the future, Hathaway defeated the demons her past.

Everybody is checking out Casper Smart’s new girlfriend, Paige Hathaway. Recently Casper Smart and Paige Hathaway flew to Miami, Florida and paparazzi went crazy. He clearly likes attractive and smart women (remember, he did date Jennifer Lopez) and has been dating Hathaway for the last couple of months. By the look of things, their relationship just keeps getting stronger. Keep reading for some details from Paige Hathaway’s wiki.

Born in a small town on the border of the state of Minnesota, Paige Hathaway’s age is 30. As a child, her parents divorced and she split her time between her alcoholic father, and her mother who relied on government assistance. While still fighting for her daughter’s custody, Hathaway’s mother took her four-year-old to Texas, where a man she met online lived. Though initially living with her paternal grandmother, she was moved to various foster homes until emancipating herself at 16.

She was a true fighter.. You could see it in her eyes. She wasn’t born strong.. She was built strong. She didn’t come from the perfect home and even tho it may seem she were in the most favorable current situation, things were far from perfect. Despite her past, She kept her heart beautiful but her fight tough. She was focused, handling her own business and she made a decision to do more than just survive using courage, hard work and consistency. Somedays she had no idea how she’d do it but she never made excuses or gave up and even when she failed, she got right back up. She learned that the hardest times in life were when she was transitioning from one version of herself to another.

While in school, Hathaway was an athlete who played soccer. She moved to Oklahoma and made a home for herself, working several jobs as she put herself through college. She graduated with a degree in sports medicine and, when she was not in class or at work, spent a lot of time in the gym. From 2011, she finally allowed a professional trainer she met help her work on getting a fitness show ready body. She entered her first competition, the 2012 Ronnie Coleman Classic, and secured second place.

A Head for Business

From then on, there was no looking back for Hathaway as she got prime positions in many fitness and bodybuilding competitions in the state and country. In 2012, she became the model and ambassador of Shredz, a nutrition and weight loss supplement company. In late 2013, she decided to share her fitness secrets and experiences with others with a website where she has fitness blogs, and a subscription service with diet and workout charts.

Thanks to her modeling, endorsements, and business ventures Paige Hathaway’s net worth is a cool $5.5 million and growing.

From me to you.. Good luck in all you do. Whatever you’re up against, don’t show signs of nervousness or fear. Show them the face of someone who has already won. Show them your inner power. Your inner power called self faith. You have to see yourself winning before you win. You have to see yourself already completing your goal. How does this feeling of accomplishment make you feel? Imagine that feeling in your soul. Manifest it in your own reality. Be hungry, find that burning desire in your heart. Don’t just sit at home on your couch.. go out there and conquer your life. Have so much faith in your abilities and in yourself that people around you feel your energy and believe in you too. If you have a heartbeat then you still have time to make your dreams a reality. Happy Monday my lovely people.. Let’s stop telling people about our dreams and just start showing them.

Anybody who wants to see Paige Hathaway’s hot pics should make a beeline for her social media accounts. Paige Hathaway’s Instagram account is full of her pictures in figure-hugging dresses, with her friends, clients, pets, and various publicity shots. She loves to have fun, and goes to the occasional party where (on a cheat day) she lets herself have some pizza. She still has a mind-blowing figure that anyone would love to have!

When you see your crush and you try to act normal ?