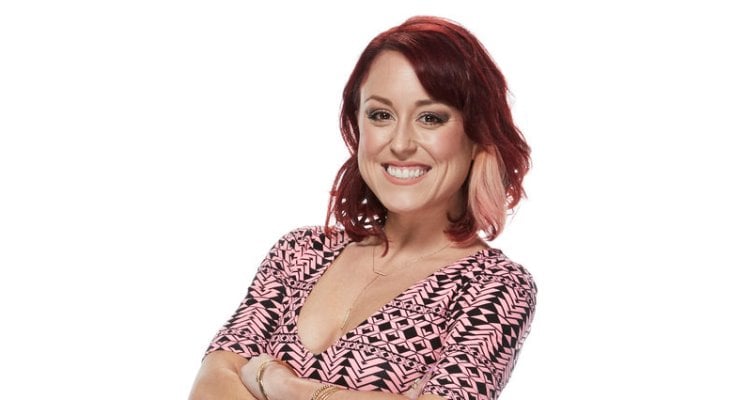 Now that the Battle Rounds are over, fans are happy to know that Casi Joy isn’t going anywhere. Casi Joy is The Voice‘s very own Reba McEntire, and she has proven each time how much she wants to win. It’s no surprise that everyone wants to know more about the rising star, so have a look at our Casi Joy wiki for more details on The Voice Southern Belle!

Joy has the kind of voice that could land her a tour of her own someday and fans can’t get enough of her singing on YouTube, where you can find all of her performances on The Voice. The judges are also impressed by her amazing voice, and wowed them with her southern charm during her Blind Audition.

When we first saw Joy, she amazed the judges with her rendition of the country song, “Blue” and joined Team Blake, despite being sought after by judges Gwen Stefani and Alicia Keys. The 26-year-old Kansas City native showed her natural talent for country singing and she proved herself a worthy opponent on the show.

Also Read: Anatalia Villaranda Wiki: Who is the Gifted 16-Year-Old “The Voice” Contestant?

Casi Joy was Anxious for Her Blind Audition

You couldn’t tell, but Joy felt the jitters before giving it her all at the Blind Auditions on The Voice 2017.

“I was anxious. I wasn’t nervous because I was just trying to really focus on like it’s just another gig,” said Joy in an interview with KSHB. “‘Just go out there like it’s another gig. Don’t go out like it’s a competition and this is make or break for you life,‘ which it was. If I let myself think that, I would have fallen off the stage.”

She added: “I was in shock for definitely until the next day. I couldn’t really comprehend it because I certainly wasn’t expecting one chair turn and to get four was nuts.” Well, she can certainly breathe a little easier now that she’s made it through both the Blind Auditions and the Battle Rounds!

Wow I am still speechless! Thank you so much @blakeshelton for believing in me! SO honored to still be on #TeamBlake 💙And congrats to my girl @ashleylevinmusic for getting stolen by THE @aliciakeys 🙌🏻 Such a pleasure singing with you 😘👯💙

The Song “Blue” Means Something Special to Her

Artists speak from the heart, so it’s no wonder why Joy sang the 1958 classic country song so passionately and someone in her family had something to do with it.

“My mom showed it to me when it came out in 1996,” said Joy. “I had never heard a song like that before, for one. And then she [my mom] was like this girl is 13 and I was like, “hey, I want to do that!” Also, I love to yodel and I think this song helps showcase what I know that I do well. It would be a wrong choice for me to go in and say, “ I want to sing “Halo” by Beyoncé” because I’m not that kind of a singer. So I think it was important for me to know my strong suit and to stay in my lane and just really focus on doing that the best. So I think going in with the subtle yodel was a good choice.” Well, she certainly knows her voice, and she definitely made the right decision in song choice!

Also Read: Hanna Eyre Wiki: Everything You Need to Know about “The Voice” Contestant

When it came down to Team Blake singers, Casi Joy and Ashley Levin, Shelton chose Joy as the winner of the Battle Round! It was a very tough call, since both singers sang their hearts out, but in the end, Joy had a bit more flare and presence. But don’t cry for Levin just yet, all three remaining judges wanted her on their team at the last minute, but ultimately Levin chose to be on Team Alicia. There may be another showdown between them sooner than you think!

@ashleylevinmusic and I were totally in love with our rehearsal outfits for the #VoiceBattles ✌🏻I've never been so tall! Basically as tall as @blakeshelton 🤠 #thevoice #TeamBlake #TeamCasiJoy

Watch The Voice on Mondays and Tuesdays at 8:00 p.m. EST on NBC.