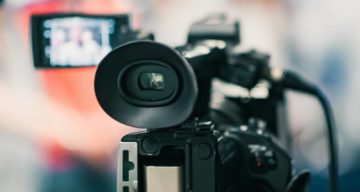 Casey Nolen has been a main fixture at KSDK in his native Missouri for over 14 years. So, viewers were surprised by the investigative reporter and news anchor’s announcement that he is leaving the station and the city to move to the nation’s capital. And with him, another KSDK anchor and Casey Nolen’s wife-to-be, Abby Llorico, will be moving, too. This veteran anchor’s background has caught the attention of new St. Louis residents and will also provoke the curiosity of D.C. locals with his new assignment. We reveal more of his life outside the broadcast studio in this Casey Nolen wiki.

Casey Nolen was born on October 17, 1976, and hails from Chafee, Missouri. He is one of two children born to David and Jennifer Nolen.

Casey’s sister, Kate Nolen Proffitt, is based in Kansas City with her husband and children. She is a pro-bono counsel based there.

Casey Nolen graduated with a BA in mass communication/media studies from the University of Missouri-Columbia in 1999. Soon after, he joined the media field as a photographer. He was with WPMI in Alabama from 1999 to 2003 and Oregon’s KGW-TV from 2003 to 2007.

He moved back to his home state in 2007, where he joined the St. Louis station KSDK. He’s been a reporter and news anchor on 5 On Your Side for almost two decades.

Casey Nolen along with Abby Llorico are set to leave the station and the city in a couple of months. KSDK’s power couple is moving to Washington, D.C.’s WUSA, and their last day on air at KSDK will be March 4.

Nolen is in a relationship with Llorico, a fellow journalist who has been part of KSDK since 2017, for four years. They are engaged and have set a wedding date for July this year.

Also Read: Bryan Bachman Leaving WNEM: Where Is the Meteorologist Going Next?

Casey Nolen and Abby Llorico are moving to the national capital for their new positions at WUSA in March. They will, however, return to St. Louis where they will have their wedding.