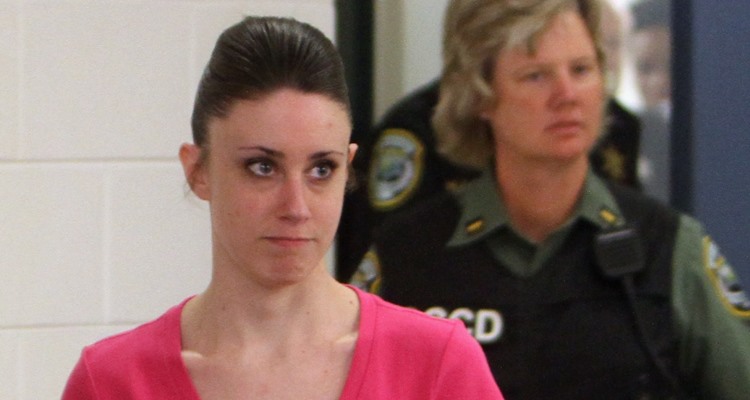 In 2011, the Casey Anthony trial was dubbed the “social media trial of the century.” Now, this infamous case is getting a televised treatment in Investigation Discovery’s Casey Anthony documentary.

Investigation Discovery has rehashed one of the biggest murder mysteries of the modern era into a documentary. The three-part series, Casey Anthony: An American Murder Mystery has aired its first episode and promises to reveal new details on the case in the finale. What could be the new revelation? The Casey Anthony trial has raised more questions than answers. Now that the case is being revisited on TV, questions about the whereabouts of the woman in the center of it all are surfacing. Most importantly, people want to know where is Casey Anthony now? Find out more in Casey Anthony’s wiki.

Where is Casey Anthony Now?

Some people wonder if Casey Anthony is in prison, even though the 31-year-old was acquitted of her daughter, Caylee Anthony’s murder and is a free woman. She’s now secluded in South Florida, in the home of Patrick McKenna. Those who followed this decade-old case with a magnifying glass might recognize the man. He was the lead investigator for Anthony’s defense team and also the OJ Simpson trial, which is still one of the most thrilling crime stories today.

Anthony also works for him by researching his cases. While McKenna was working on the OJ Simpson trial, she was fascinated by it. She found the trials drew parallels with her own and could “empathize with his situation.”

She Filed for Bankruptcy

After the Anthony family had become public figures, Casey gave an interview to the Associated Press. Even AP wasn’t sure why she agreed to the interview when, after already giving the interview, she would call to tell them not to run the story. She cited her 2013 bankruptcy filing as one of the reasons.

“During the course of my bankruptcy, the rights to my story were purchased by a third party company for $25k to protect my interests. Without written authorization from the controlling members of this company, I am prohibited from speaking publicly about my case at any time,” she told AP. Yet she participated in five on-the-record interviews later.

While it was hard for her to go out in public without fingers pointing at her, Anthony tried to get back on her feet. She stuck to indoor jobs over the years, so she didn’t have to go out. She did everything from working as a housekeeper to a clerk and secretary.

Recent reports claim that she has registered for a new photography business, Case Photography LLC, with the Florida State Department.

Was Casey Anthony Molested as a Child?

One of the burning questions of the widely publicized trial arose when Casey accused her father, George Anthony, of sexually abusing her as a child. While the defense and prosecution exchanged testimony, neither parties could provide hard evidence to help their respective cases. At such a time, the trial became all about the lies Casey Anthony told. She was convicted of only one thing in the trial —not murder, but lying to the cops.

The defense contended that Casey gave false information to law enforcement authorities because of her “dysfunctional upbringing.” They claimed that her dysfunctional behavior is a result of being sexually abused as a child by her father and brother. Her father, George Anthony denied the accusations and the defense failed to provide any evidence of sexual abuse. Like his daughter, George was acquitted of all claims.

But that fractured the family for good. They tried to reconcile, but Casey was once again estranged from her parents. George initially said he’d like for them to be a family again, but later claimed that he believes Casey is responsible for Caylee’s death, and that she should be behind bars. A preview of ID’s documentary shows George saying he would never speak to his daughter again.

Rumors surfaced recently that Casey Anthony is pregnant with her second child. An alleged friend of Anthony told the media that she’s in her first trimester and is hoping to have a girl. The friend claims that she’s looking at the child as her “second chance.” The rumors have since proven to be false.

But in another interview to AP, Casey said, “If I am blessed enough to have another child —if I’d be dumb enough to bring another kid into this world knowing that there’d be a potential that some jackass, their little snot-nose kid would then say something mean to my kid —I don’t think I could live with that.”

Nevertheless, it’s clear that Casey Anthony has a story to tell and is looking for a platform to tell it. The documentary, Casey Anthony: An American Murder Mystery, may be what she needs to tell her story. Part one premiered on Sunday, April 9. Parts two and three of the documentary will air on Monday and Tuesday at 10:00 p.m. EST on ID.