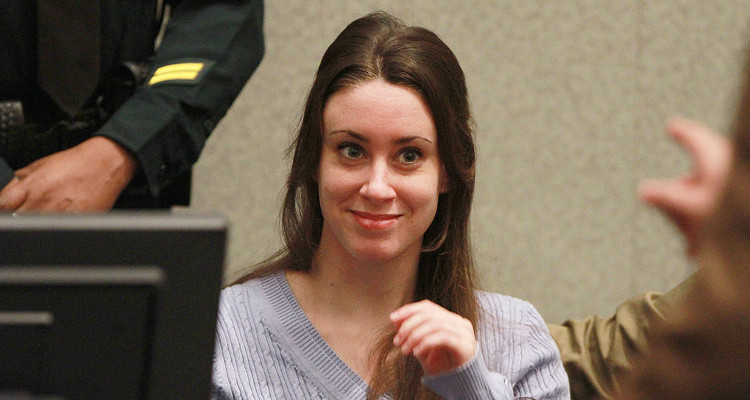 Once Casey Anthony accused her father of sexual abuse when she was eight years old, the prosecutor’s case against her weakened. In the end, Casey was declared not guilty of drowning her daughter Caylee. Now, Investigation Discovery (ID) is airing a three-part series, surrounding the details of the unsolved murder case.

Even though it has been almost six years since the Casey Anthony trial officially ended, its embers still refuse to die down. There are several unanswered questions in the case that still plague the family today. Was Casey Anthony sexually abused, as her lawyer suggested? Did George Anthony molest Casey? Why was Casey Anthony acquitted? These are some of the questions people still ask about what was described by Time magazine as “the social media trial of the century.”

Casey Anthony has been confirmed as Caylee's killer. Thank god. This is something I've wanted for years and I'm glad it happened. #cayleeanthony can finally Rest In Peace. Her murderer mother won't be charged but at least now everyone knows the truth. Years of waiting and people finally stepped up. I can't wait for #caseyanthony to pay for what she did. She may be alive but that doesn't mean karma won't catch up to her in the end. Rest In Peace Caylee ❤️ #havefuninheaven #weloveyou #solved #thetruthisout

It all started around July 15, 2008, when two-year-old Caylee Anthony, who lived in Orlando, Florida with her mother and her maternal grandparents, was reported missing. Her grandmother, Cindy Anthony reported that she had not seen Caylee for 31 days and that Casey’s car smelled like a dead body had been inside it. Cindy informed the police that her daughter, Casey had given different explanations about Caylee’s whereabouts, before admitting that she had not seen her for weeks. When the police arrived, Casey had multiple false explanations, including that Caylee had been kidnapped by her babysitter on June 9, and that she had been trying to find her but was too frightened to inform the authorities.

A Body is Found

Casey was charged with first-degree murder in October 2008. On December 11, 2008, Caylee’s skeletal remains were found with a blanket inside a trash bag in a wooded area near the Anthony home. Investigative reports and later trial testimony spoke of some duct tape residue found near the front of the skull and the mouth in the shape of a heart. Casey Anthony’s trial lasted from May to June 2011, where the prosecution sought the death penalty.

Was Casey Anthony Sexually Abused by Her Father?

The prosecution alleged that Casey killed her own daughter by giving chloroform and duct taping her mouth and nose. The defense team, on the other hand, alleged that Caylee had accidentally drowned in the family’s swimming pool on June 16, 2008, and that Casey’s father, George Anthony, had disposed of the body. Her defense team claimed that Casey lied to the police because of her troubled upbringing, alleging that Casey Anthony was molested by her father as a child.

Even though the defense could not produce evidence of how Caylee died or validate their claims of Casey’s molestation, they challenged the prosecution’s evidence, calling it “fantasy forensics.” Ultimately, Casey did not testify, and on July 5, 2011, the jury found her not guilty of first-degree murder, aggravated child abuse, and aggravated manslaughter of a child. Casey Anthony was found guilty of four misdemeanor counts for providing false information to authorities, and she was sentenced to four years in jail. She was acquitted of the murder of her daughter, as there was insufficient information on Caylee Anthony’s death.

Casey Anthony’s lawyer, Jose Baez claimed that his client lied to police because she had learned to hide her pain as a child. He then claimed that Casey Anthony was molested by her father when she was eight years old, and Casey’s brother Lee had also made advances towards her. When George and Cindy Anthony were called as witnesses, George claimed that he had never abused Casey. Despite Casey suggesting that either George or Lee Anthony could be Caylee’s daughter, DNA tests determined that this was not true. To this day, proof of Casey’s alleged abuse has not been determined.