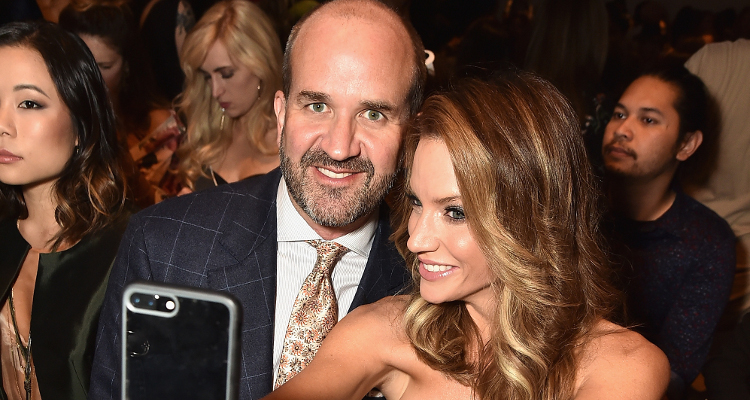 The Real Housewives of Dallas is getting spicier than ever, and the snide comments are now becoming online rumors. LeeAnne Locken and Cary Deuber have been at each other’s throats for a long time now. This time around, it’s about Cary Deuber’s husband. Find out all about how Mark Deuber’s net worth of $1.5 million was made, and the recent speculation about his sexuality.

Cary Deuber is making sure that the rumors about her husband, Mark Deuber, being gay are dismissed, and is pretty upset with LeeAnne Locken for starting them. Though, Cary did manage to hit back, saying that she heard LeeAnne’s fiancé, Rich Emberlin, had a small penis. Read on to know more about Cary Deuber’s husband.

Mark Deuber is a well-known doctor in Dallas, Texas, mostly for his breast augmentation procedures. He went to Haverford College and graduated with a bachelor’s in chemistry before attending the University of Rochester School of Medicine and Dentistry, and later University of Texas Southwestern Medical Center where he studied general and plastic surgery.

Finally Friday! Love my job, but I am so ready to start this weekend and spend some quality time outside of the OR. One more set of #boobsbydeubs before we wrap the day (And this patient will be recovered and out to dinner in 24hours!) . . We complete #breastaugmentation surgeries in a custom way to allow patients increased mobility, quick recovery, and naturally beautiful results! #flashrecovery . Contact us today (info in bio) to book a Free consult now ✨ . . #plasticsurgery #recoverytime #24hrRecovery #breastlift #dallassurgeon #dallasplasticsurgery #breastaugmentations #rapidrecovery #1dayrecovery #carydeuber #surgeryrecovery #markdeuber #drdeuberplastics #drdeuber #drdeuberplasticsurgery #RHOD #realhousewives #breastreduction #boobjob Call us at (214) 220-2712 to find out if you're a candidate!

When Did Mark and Cary Get Married?

Cary was a certified registered nurse who worked with Mark years before they tied the knot. They met when he was a resident, and a few years after being in practice, he hired her to assist with his complex reconstructive surgeries. He and Cary started dating soon after he separated from his first wife, and she had already split from her second husband.

Mark even attended Cary’s second wedding, and has children with his first wife. Despite claims to the contrary, both maintain that their romantic relationship only began after Mark was separated, and Cary’s second husband left her after only three months of marriage.

Hi friends! Please remember to cast ur vote for me every day for #dallasculturemap #stylemaker. Link is in my bio. Thanks!

On RHOD, LeeAnne Locken and Heidi Dillon disparaged Cary and Mark’s relationship when Heidi pointedly said, “Most of the women in Dallas got their rich husbands because, at one point, they were on their knees under his desk, right? That’s what I know of Cary.”

The feud between Cary and LeeAnne seems to be never ending. On one side, Cary is quick to talk about how Rich Emberlin is less “endowed,” and on the other is LeeAnne who insists that Mark Deber is gay saying, “Cary’s husband gets his d**k sucked at The Round-Up, I know the boys who did it.”

Cary is standing by her husband’s side and thinks he is an “amazing man,” and will not rest until the rumors are put to an end.

That moment when you realize how easy your day is going to be when your husband decides to dress you ? new blog is up at #CaryDeuber.com! #whateveryousay #idk #idontcare #lovehim #personalshopper #linkinbio http://liketk.it/2p9Bq #closetraid #sanctuaryofstyle #liketkit #personalstylist #iloveit @liketoknow.it