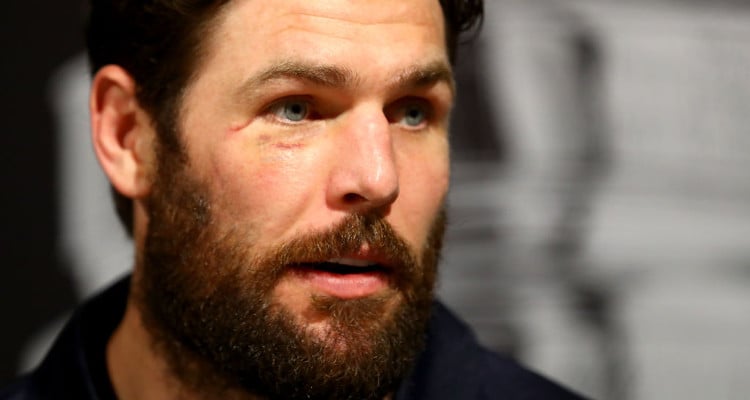 Hockey player, Mike Fisher has been married to country singer, Carrie Underwood since 2010. The power couple have been giving us relationship goals since they started dating almost 10 years ago. Here is everything you need to know about Carrie Underwood’s husband.

Mike Fisher plays center in the NHL and is the current captain for the Nashville Predators. On Sunday, May 28, 2017, Fisher revealed that he got the green light to play in the game after suffering a head injury. “I feel good, Ready to rock. Excited about Game 1,” he said.

Fisher could not play in the last two games of the Western Conference Finals after Anaheim Ducks defenseman, Josh Manson, kneed him in May 18’s Game 4. Now that his professional life is back on track, here is more about the hockey player’s personal life in our Mike Fisher wiki.

Michael Andrew Fisher was born on June 5, 1980, which makes his age 36. Fisher was born in Peterborough, Ontario (Canada) to Jim and Karen Fisher, and has three siblings: Rob, Gregory, and Meredith. His uncle, David Fisher, is a former chaplain to the Toronto Blue Jays, and Gregory Fisher is also a hockey player, who is the goalie Quinnipiac University in the ECAC.

Huge honor for me today! Very grateful for the opportunity to wear the C. Can't wait for the season to start!

From a very young age, Fisher loved hockey. During the 1998 NHL Entry Draft, he was the 44th overall pick by the Ottawa Seniors and was drafted in the second round. Fisher quickly became known for being an offensive player and, during his fourth season, he scored a total of 18 goals and had 20 assists.

Mike Fisher’s team is currently the Nashville Predators, whom he has played for since 2011. In 2012, he signed a two-year contract extension with them worth $8.4 million. He signed with them again in 2015, this time for $8.8 million!

How Did Mike Fisher and Carrie Underwood Meet?

We are raising our voices to shine a light on modern day slavery! #enditmovement #inittoendit @enditmovement

In 2008, Fisher met Carrie Underwood backstage after one of her concerts. On December 20, 2009, Fisher proposed to Underwood, and the two walked down the aisle on July 10, 2010 at the Ritz-Carlton Lodge, Reynolds Plantation, in Greensboro, Georgia.

On September 1, 2014, it was revealed that Fisher and Underwood were expecting their first child together. In February 2015, the couple welcomed their baby boy, Isaiah Michael Fisher. Speaking about her supportive husband, Underwood said, “If I’m nervous, he’ll be like, ‘C’mon, you have nothing to be nervous about. Just go do what you do and take a deep breath and say a little prayer and you’re good to go.’ Just being able to get a little kiss and go about my way, it definitely has a calming effect.”

Mike Fisher is a Philanthropist

Let's all stand up and raise our voices for those in slavery around the world! I'm #inittoendit @enditmovement

When he is not on the ice, Fisher can be found in his hometown training kids at hockey camps. Fisher and Underwood do a lot of work for the “Do It for Daron” anti-bullying campaign to help stop bullying.

Mike Fisher’s Net Worth and Salary

Proud of ya @youngmoneymalik !! You're an inspiration to many! Can't wait to see what God has in store for you! #lighthousechristianschool

Fisher’s net worth is estimated to be $30.0 million and his annual salary is roughly $4.0 million. Considering his ever-growing contract extensions and value on the ice, that amount will likely grow.