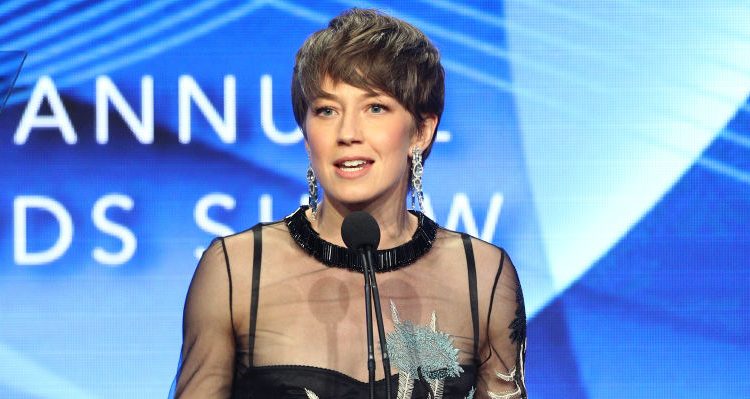 Tracy Letts had a really good 2017, as did Tracy Letts’s wife, Carrie Coon. It was the year that marked Coon’s first nomination for an Emmy. She had a solid role in the critically acclaimed film, The Post. To start 2018 off with a bang, the couple announced that they were expecting their first child!

We’re going to take a look at all of the hard work that has brought Carrie Coon to this point in her career and personal life. So, keep reading to learn how Coon got her start in acting, as well as her marriage to Tracy Letts, with details from our Carrie Coon wiki.

Born in Ohio on January 24, 1981, Carrie Coon’s age is 37. She has an older sister and older brother, as well as two younger brothers.

After graduating in 1999 from Copley High School and obtaining a Bachelor of Arts degree in English and Spanish from the University of Mount Union in 2003, Coon began to set her sights on turning her love of acting into a career.

She earned her M.F.A in Acting from the University of Wisconsin-Madison. From there, she worked in regional theater until she joined the Steppenwolf Theater Company in Chicago.

The Steppenwolf Theater Company is one of the most prestigious theatre companies in the United States. Originally founded by Terry Kinney, Jeff Perry, and Gary Sinise, the company’s roster over the years has read like a Hollywood “Who’s Who.”

Coon moved on to Broadway and then took a quick leap to television. She began to make small appearances in shows like Law & Order: Special Victims Unit, Ironside, and Intelligence.

Carrie Coon’s film career took off in 2014, which proved to be a very important year for the actress. She made her film debut in the critically acclaimed Gone Girl and joined the cast of The Leftovers.

The Leftovers went on to be a bit of a hidden gem for HBO, building its audience over three seasons and gaining more positive reviews after each season. Coon and her character, Nora, appeared in 23 episodes of the show’s 28-episode run.

Not content with one critically acclaimed TV show, she joined the cast of Fargo in 2017. She received an Emmy nomination for her role as Gloria Burgle.

With Carrie Coon’s movies now including Gone Girl, Strange Weather, and The Post, along with highly-acclaimed TV shows under her belt, the actress’ Hollywood career is in gear and quite promising.

The couple’s marriage license was obtained in Illinois, a state that requires you to get married within 60 days or you have to apply for another marriage license. The pair planned on getting married on day 59. But then Letts fell ill and needed emergency gallbladder surgery!

Not wanting to re-register for the certificate, Letts and Coon got married in the hospital, with Letts wearing his hospital gown and being a little loopy due to the medication he was taking.

As odd as their “wedding” sounds, it seems to have worked for them. The couple are still together and expecting their first child!

The actress maintains a few different social media platforms. Carrie Coon’s Instagram and Twitter accounts are a mix of personal posts, encouragement posts about the arts, food, and fun behind-the-scenes tidbits on her various TV shows and movies.