Dancing With The Stars is coming to an end and we cannot wait to find out who will win the mirrorball trophy this year. Carrie Ann Inaba is one of the judges on the dance show, and has been since 2005. Inaba is a dancer, choreographer, singer, and actor. Read on to find out more about Inaba’s wiki.

Carrie Ann Inaba was born on January 5, 1968 in Honolulu, Hawaii. She comes from a Pinay, Boricua, Chinese, Irish, and Japanese background, and also speaks Japanese. She graduated from Punahou School in 1986 and has a Bachelor of Arts in world arts and cultures from the University of California.

While living in Tokyo for two years, from 1986 to 1988, Inaba began her career in singing. She released three singles “Be Your Girl,” “Party Girl,” and “Yume no Senaka.” Her songs were on the radio, and she hosted TV shows in Japan.

Inaba’s dancing career started in 1990 when she moved back to the U.S., and started her dancing appeared with a group of backup dancers known as “Fly Girls” on the television series In Living Color. Additionally, she has also performed with dancers Viktor Manoel and Luca Tommassini, and Canadian singer Norman Iceberg. Inaba was also a part of Madonna’s Girlie Show world tour in 1993.

Inaba has been a choreographer and host on many shows, such as American Juniors, He’s a Lady, American Idol, All American Girl, Married By America, The Swan, Miss America Pageant and Who Wants to Marry a Millionaire?. She was also a part of the choreography round during the first season of So You Think You Can Dance. Currently, she is one of the judges of season 23 of Dancing With the Stars and has been a judge on the show since 2005.

Apart from being a singer and a choreographer, Inaba is also an actor.  She appeared in several movies such as Austin Powers in Goldmember, Austin Powers: The Spy Who Shagged Me, Monster Mash: The Movie, Lord of Illusions, Showgirls, Flintstones II, Boys and Girls, and Freak and American Virgin.

Inaba is also the founder and president of a video production company known as EnterMediaArts, Inc. Her work in this company is mainly centered on writing, directing, and editing films. 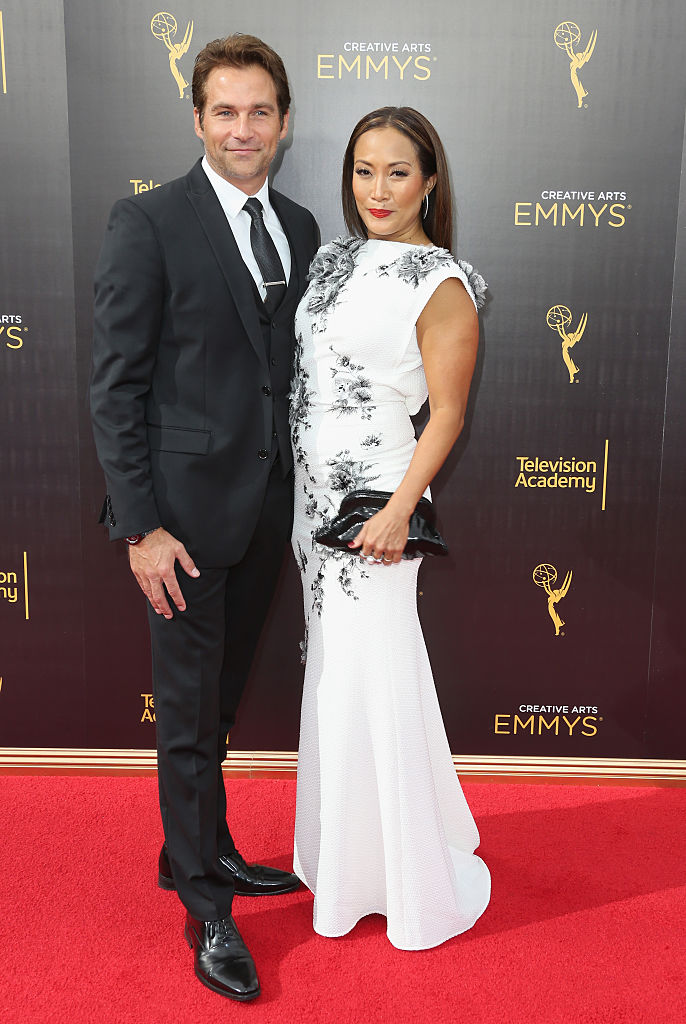 Inaba  officially confirmed her relationship with soap opera actor Robb Derringer earlier this year. She confirmed their relationship  by posting a photo of them on Facebook. Derringer has appeared in several television shows such as Eyes and Beverly Hills, 90210, The Lake, and Melrose Place.

Before dating Derringer, Inaba was engaged to Jess Sloan. He proposed to her on Live with Regis and Kelly in 2011. However, they decided to part ways and broke off the engagement.

Carrie Anna Inaba’s Net Worth is Estimated to be $8.0 Million

Inaba’s net worth is estimated to be approximately $8.0 million. Carrie Ann Inaba’s salary is rumored to be $1.2 million per season of Dancing With The Stars. She also supports various organizations such as PETA and the Humane Society. As an animal lover, and after the death of her cat Shadow, Inaba launched the Carrie Ann Animal Foundation in 2012. The foundation’s goal is to support the rescue, welfare, and well-being of animals.