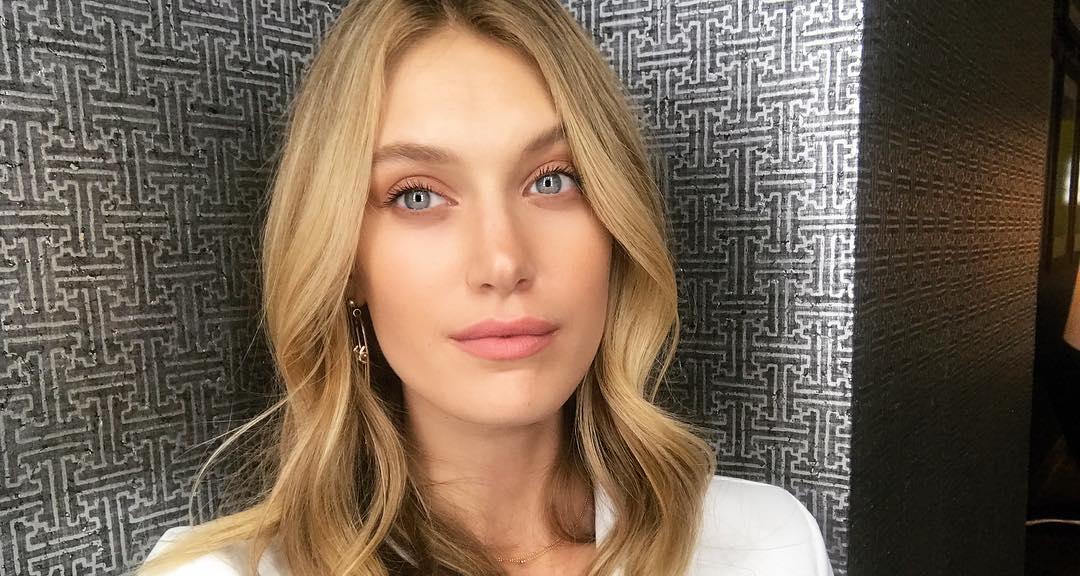 The new E! docu-series, Model Squad just might be your new guilty pleasure when it premieres on September 4! Caroline Lowe is one of the fierce models on the show owning runways and captivating fans through photos, and since she will be featured on the show, people are excited to tune in! We’ve got all the details here!

Whether it’s on the runway, the red carpet, or social media, Caroline Lowe and her Model Squad are used to having eyes on them wherever they go. Now, Caroline Rowe, along with Daniela Braga, Olivia Culpo, Hannah Ferguson, Ping Hue, Nadine Leopold, Ashley Moore, Shanina Shaik, and Devon Windsor are ready to take over reality TV! The cast of Model Squad will take us behind the scenes of a model’s jet-setting life so we can see first-hand what it takes to do what they do. Our Caroline Lowe wiki has to scoop on the girl behind the “It Girl.”

She’s Has the “All-American Look”

Caroline Carson Lowe was born on July 18, 1995, making her 23 years old. She grew up in Windermere, Florida, but she has been living in New York City for her modeling career.

Signed with IMG Models, her 5’10” stature, blonde tresses, and blue eyes make her the essential All-American girl-next-door. She grew up idolizing Cindy Crawford and Niki Taylor and is well on her path to stardom in the fashion world. Lowe’s wit and humor also add to her charming personality. So, yes, she’s pretty much the whole package. 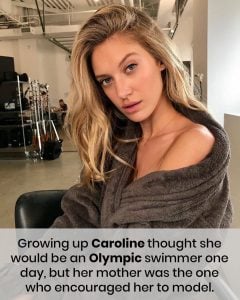 She has built her portfolio modeling for major brands like Tommy Hilfiger, American Eagle, and Aeropostale, along with campaigns for Pantene and Soma Intimates. She claims she’s working hard “to give her cats a better life.” (Well, that’s adorably hilarious!)

Lowe’s beachside pictorials, where she flaunts her svelte body in swimwear, are obviously a hot attraction on Instagram. Her Instagram even earned her a shoutout from GQ in 2015!

A budding actress as well, she’s had minor roles in How to be Single, War Dogs, and Somersault. She even did a Funny or Die skit in 2016 with castmate, Hannan Ferguson, too.

One would think Model Squad would be all about the cutthroat rivalry between models. But Lowe and her castmates says the show is about the fun side of the glam industry, where models rely on their girlfriends.

“You need to find a good support system,” Lowe says in a preview clip. “People that like you for being you.”

The show proves that a model’s job is not as easy as it looks. And many aren’t even aware of the time and hard work that it takes. The series is filmed at a time when a lot of models don’t seem to appreciate models like Kendall Jenner, claiming she’s had the luxury to pick and choose her modeling gigs.

During the segments, fans will see models narrating their experiences at castings. Lowe herself has had grueling casting experiences. She once went to the same casting five times! She was rejected every time, hoping a different casting director at each would have a different vision for her.

Also Read: Rachel Cook: The Young Model You Need to Be Watching Out For?

Caroline Lowe is off the market, much to the broken hearts of those hoping for a chance with the blonde beauty. And she makes a very good-looking pair with her model beau, Heath Hutchins! 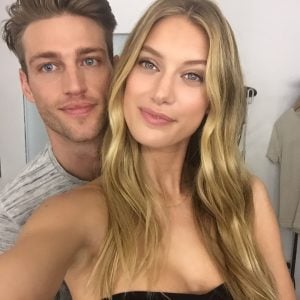 Heath Hutchins is also a model (signed with Wilhelmina Models) and is not shy of flaunting his sculpted body on Instagram, either. They met on a job they did together and have been together for four years now.

They’ve even met each other’s families and have their future kids’ names worked out! Heath even hangs out with Lowe’s father often.

From the looks of the previews, he might make an appearance on Model Squad. They have a little argument about Caroline’s shopping tendencies. It gives us a glimpse of how models balance relationships with their careers.

One of Lowe’s best modeling memories actually has to do with her boyfriend!

“I was booked for a job on my birthday skiing in Mt. Hood, Oregon and the client surprised me by booking my boyfriend, Heath, on the job as well so I could celebrate with him. We stayed an extra week exploring and hiking and had a great time,” recalled Lowe. Aww!

She Got Into Modeling Because of Her Mom

Caroline and her older brother, Ryan are close to their parents, Jerry and Cathie Lowe.

Lowe’s mother was the one who encouraged her to model. Growing up, Cathie’s friends said that Caroline could be a model and Cathie took it quite “literally.”

At that time, Caroline thought she was going to be an Olympic swimmer one day. Her father was into athletics and she had many career aspirations, mostly involving athletics.

When the local newspaper, The Orlando Sentinel was having a model contest, 14-year-old Lowe had no idea her mom signed her up for it! Caroline’s mom had her take two pictures and submitted them to the contest.

Lowe won the contest and earned a free photo shoot as a prize. That photo shoot helped her get signed by a modeling agency, which later got her to IMG.

Fun fact: She’s a self-proclaimed “Daddy’s girl,” while her brother is closer to her mom.

Pantene Spent Thousands on Her Hair!

The biggest campaign of Lowe’s career has been working with Pantene. She described that the hair-care giant pulled out all stops to make her hair look flawless for their commercial.

The day before filming for Pantene, she had another gig. Lowe had spent four hours of getting her hair done for that job.

But when she arrived for the Pantene shoot, the guys were less than impressed with her hair. So, Pantene promptly flew in an expert from London to do her hair just right for their campaign. (Lowe estimated it cost Pantene around $12,000!)

Keep an eye for Caroline when Model Squad premieres on September 4 at 8:00 p.m. EST on E!.