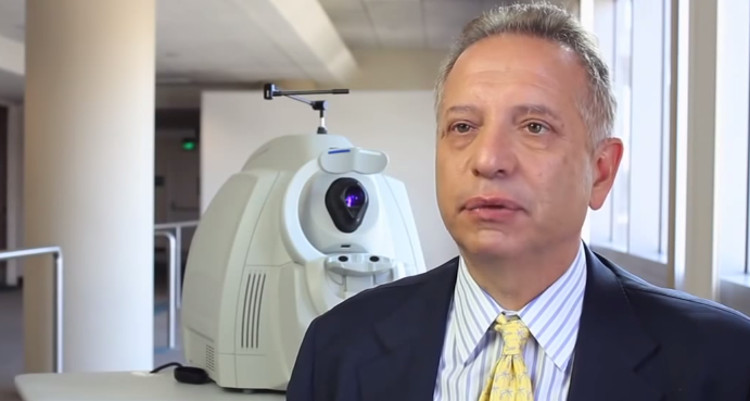 Dr. Carmen Puliafito is a well-known surgeon, who was not only gifted in the operating room, but was also as a med school dean. That’s why, when he resigned from USC’s Keck School of Medicine, it came as a shocker.

Carmen Puliafito and Janet Pine haven’t been seen since Dr. Puliafito’s sudden resignation as dean of USC’s Keck School of Medicine. But now, everyone is curious to know more about the well-known surgeon, Dr. Carmen Puliafito and his wife. It has surfaced that the former dean engaged in some pretty scandalous things during his tenure. Find out about Dr. Puliafito’s scandal and family in our Janet Pine wiki.

He has led some groundbreaking researches in the ophthalmic field at the Massachusetts Eye and Ear Infirmary. He was chair of the Ophthalmology department of the Tufts University School of Medicine. His last assignment was working as the dean for USC’s Keck School of Medicine since 2007.

As dean, he oversaw hundreds of students and research grants to the tune of $200.0 million! Using his fundraising prowess, he raised over a billion dollars in donations and was named one of the highest paid research executives in the U.S.

He is Married to a Doctor

Puliafito’s wife, Janet Pine, is a doctor herself. She has been a psychiatrist for more than four decades. She graduated from Harvard Medical School, too and that’s probably where she met Puliafito. If that’s the case, the couple has been together for almost 40 years! The 66-year-old has raised three children with Puliafito, but nothing is known about their children.

Where ever Puliafito went, his wife followed. She worked with him in Massachusetts Eye and Ear Infirmary and Tufts Medical Center. She even moved with him to California when he was appointed as Dean of Keck School. Pine was one of 30 doctors at USC, who specialized in psychiatry. She was a part-time clinical associate professor of psychiatry and behavioral sciences.

Both Puliafito and Pine are listed as faculty on the USC’s website, though she quit along with her husband. It’s not known if they are still married or if her husband’s scandal affected their marriage. She is currently practicing in Miami, Florida. The whereabouts of Puliafito are not available, but he’s said to be practicing medicine. However, since the scandal broke out, he is on sick leave and not seeing patients in the interim.

The Double Life of Dr. Puliafito

In March last year, Puliafito resigned as dean of Keck School of Medicine saying he wanted to explore “outside opportunities.” On Monday, the Los Angeles Times reported that the former dean socialized with criminals and used drugs during his tenure. Moreover, the publication’s investigation uncovered he resigned three weeks after a young woman overdosed in his Pasadena hotel room.

The woman, identified as Sarah Warren, was rushed to the hospital and lived to tell the tale. The 21-year-old said she met Puliafito in 2015 when she worked as a prostitute. She was with him for more than a year and they used drugs, partied, and spent time together in hotel rooms he paid for. When she overdosed, Puliafito made the 911 call and told the operator he was a doctor. They found methamphetamine in the hotel room, but no arrests were made.

Puliafito’s squeaky clean public record was not so clean after all! Their parties in hotel rooms and even in the dean’s office were captured in videos and photos. He partied with people who had criminal histories. These men said they were introduced to the surgeon by Sara Warren. The young woman is now seeking treatment for her drug problems in Orange County and has no contact with Puliafito.

LA Times investigation also uncovered that before USC, Puliafito was once hit with an assault and battery lawsuit. There have been complaints of sexual harassment against him, as well. Despite these complaints, USC hired him in 2007.

Janet Pine’s role in her husband’s sordid past has not been revealed, but both she and her husband are still publicly affiliated with USC. In fact, he was reportedly seeing patients at the campus clinic until the LA Times report broke out. Though he publicly still represents USC and has attended events on behalf of the school recently, the school appears to be distancing itself from the scandal. A tweet by USC that Puliafito has been inducted into the Retina Hall of Fame has since been deleted. So far, law enforcement hasn’t acted on the matter and Puliafito has refused to make a comment.