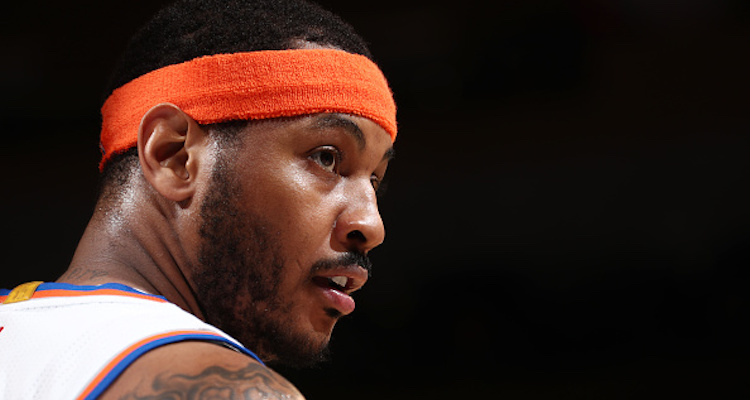 Athletes are nothing without their fans, while many fans find inspiration and a hero in those same athletes. That’s why NBA star Carmelo Anthony is hoping to inspire one special young fan with a positive, encouraging message.

If you spend enough time online, you may have heard the story of 10-year-old “Superman” Anthony Skipper. On August 19, 2015, Skipper suffered a seizure while taking a bath and almost drowned. His younger brother managed to save him and he was revived, but he went without oxygen for 15 minutes and he now has anoxic brain injury, causing him to require a ventilator and to relearn many basic functions. What’s worse, an attempt to breathe on his own later led to his lungs collapsing, leaving him needing tubes to swallow. He has shown some improvement, but doctors believe he will never be able to walk or speak again.

Young Anthony is a huge fan of Carmelo Anthony—perhaps it’s the shared name—and now the New York Knicks player is doing what he can to help his young fan. On Instagram, he wrote, “Superman Anthony you are my hero. Like I told you anyone with the name ANTHONY is a fighter. . .Continue to stay strong & have faith even when times get really hard. I’m happy to have you in our lives. We will fight this fight with you so you don’t ever have to feel alone.” The photo shows both the little Anthony, wearing clothes covered in the symbol of his other hero, Superman, and one drawn by a talented artist depicting the boy as the actual Man of Steel!

Carmelo Anthony encouraged his followers to follow Superman Anthony on Instagram to “understand his story.” There is also a GoFundMe campaign running to acquire money to help Anthony’s mother, who can’t work due to the number of appointments she has to take her son to; to improve wheelchair accessibility for the family’s home and vehicle; and to pay for the hyperbaric chamber therapy. The campaign has only made about $14,000 out of the $50,000 needed, so hopefully the attention and care from Carmelo Anthony will make a difference!