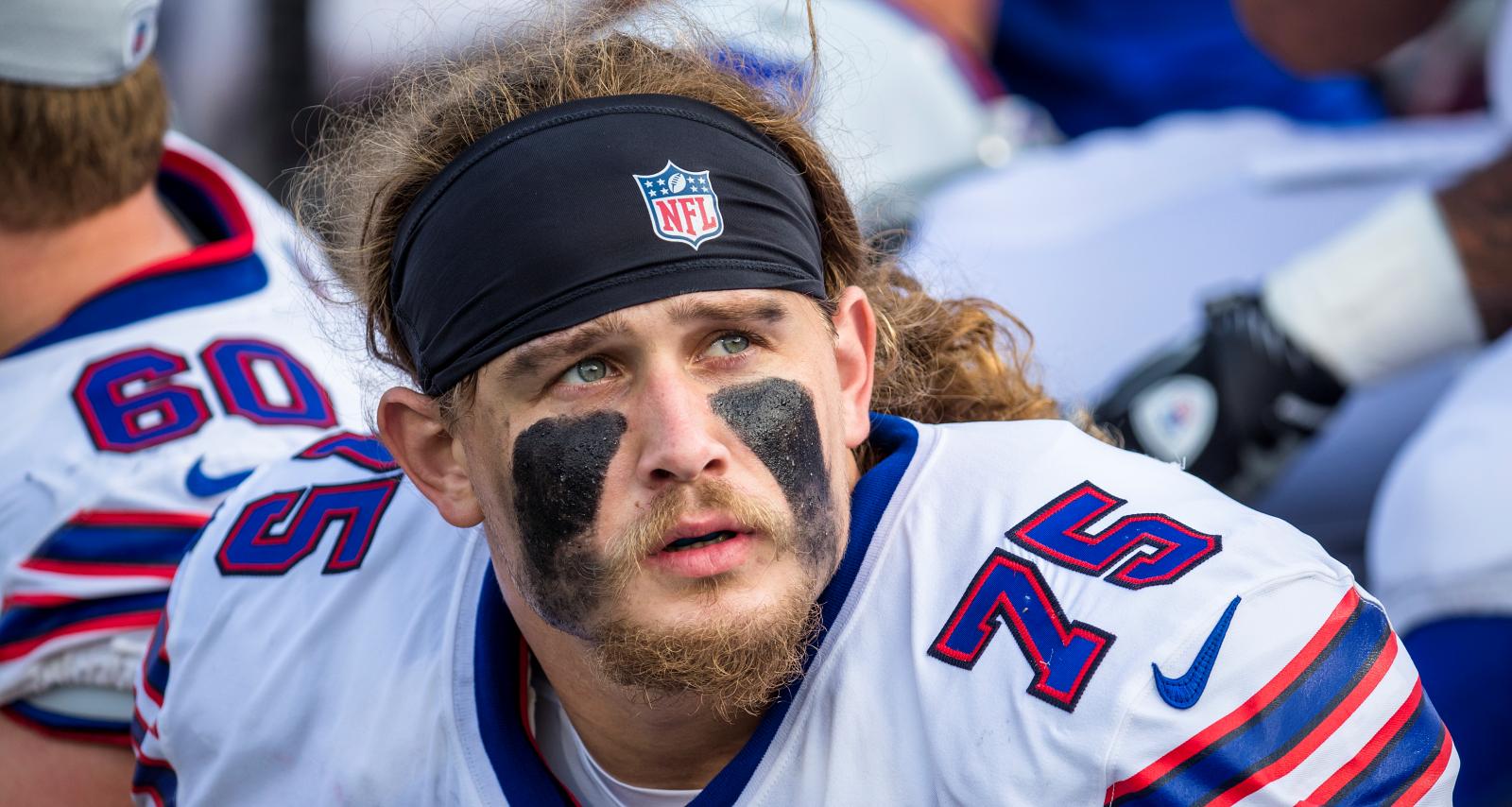 Wyatt Teller recently signed a four-year extension with the Cleveland Browns, keeping the guard and his wife, Carly Teller, in the Dawg Pound for the next few seasons. While they aren’t Ohio natives, the couple’s romance blossomed in Cleveland and the city is a big part of their relationship. So you can be sure Carly Whiting Teller is ecstatic about her husband’s new deal with the Browns. It’s led to curiosity about who Wyatt Teller’s wife is and her background. We reveal more about their relationship in this Carly Teller wiki.

Carly Whiting was born on November 28, 1990, and hails from New Castle, Virginia. The Craig County native is the younger of two daughters born to Melissa and Bud Whiting.

Carly’s mother Melissa worked in broadcast before becoming an educator with over two decades of experience. In 2018, she was appointed as principal of Craig County High School, her daughters’ alma mater. Wyatt Teller joined his mother-in-law last year to help distribute at-home learning packets to students at Craig County High.

A student-athlete, Carly Whiting played volleyball at Craig County High before she graduated in 2009. She later attended Bridgewater College where she was on the Eagles’ volleyball roster.

Whiting studied communication and media studies at Bridgewater from 2009 to 2011. She later studied the same at Virginia Tech from 2012 to 2013.

While in Roanoke, Whiting worked as a salon manager for Salon del Sol. She is now based in Cleveland and has had a similar job at a local salon since 2020.

Manassas, Virginia, native Wyatt Teller played football at Virginia Tech, but not at the same time as Carly Whiting. They first met in 2018, when Wyatt and his teammates were partying in town before the Hokies’ spring game.

They ran into Whiting’s friends, and one of them introduced the two. According to Teller, he hit it off with Whiting instantly. However, they didn’t pursue anything further and parted ways.

After that, Teller was selected by the Buffalo Bills in the 2018 NFL Draft. He and Whiting reconnected around then and began a relationship.

The couple faced an unexpected curveball when the Bills traded the guard to the Cleveland Browns. It was close to regular season, so Teller had to relocate fast.

“I helped him pick up his whole life in 24 hours and move. And he was like, ‘That’s my girl,’” Whiting recalled. She followed him to Cleveland where they fell further in love with each other and the city.

When Teller wanted to propose, the pandemic was at its initial peak and games were suspended. Still, he wanted to incorporate the city into their special day and sought all the necessary permissions from the Browns’ management team.

On December 21, 2020, Teller and Whiting were on the way to a Christmas party, but the footballer said they needed to make a pitstop at the Browns locker room in the FirstEnergy Stadium. What Whiting thought was an impromptu tour of the Browns’ home turf turned into a memorable moment when Teller went down on knee.

After their engagement, the couple planned an intimate wedding keeping COVID-19 restrictions in mind. Wyatt Teller and Carly Whiting (now Carly Teller) tied the knot on April 3, 2021, in a small ceremony in Key Largo with their immediate families and bridal parties present.